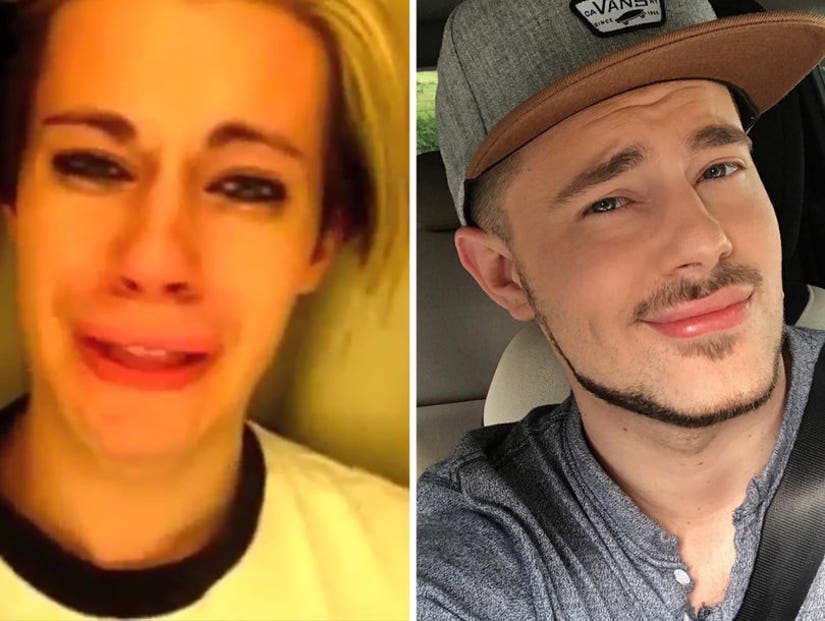 It was 10 years ago yesterday that a sobbing blonde boy from the South became an internet legend thanks to an extremely passionate video defending Britney Spears' disastrous performance at the 2007 MTV Video Music Awards.

To celebrate the momentous anniversary, viral video star Chris Crocker went on social media to give more insight into what was going on at the time he made the original plea to "Leave Britney alone!", what he's learned since and revealed whether he ever met his idol.

"I thought I would say the things I have learned since posting that video as a teenager," the now-29 year old explained in a new video, looking drastically different from the face people remember looking back. "The Number 1 thing would be to not let the things people say online get to you."

He said he "didn't know how to deal with it" at the time, as he was also dealing with his mother's addiction issues after she returned from serving in Iraq and became homeless.

"I was dealing with a lot with my family. I knew if I tried to explain that, no one would listen to me," he continued. "Instead, what I decided to do is, if they think I'm a joke, I'm going to act like a joke. That didn't help me out in the long run."

"Number 2, don't let the words other people say about you define you," Crocker went on. "Number 3, I think that we forget that the things we post online can last a long time. Here we are 10 years later still talking about this. So definitely be cautious when you post things."

And last, but not least: "Number 4: let the haters kick fucking rocks man." 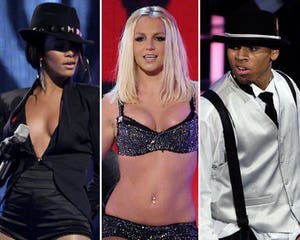 Crocker also went into greater detail on his Instagram page, talking about the homophobic reaction the video got at the time.

"10 years ago on this day, I defended my favorite pop star against the media. While I'm known to do comedy: This was the one video that I was serious in," he wrote.

"The internet and YouTube was a very different, less LGBT friendly place at the time. Nothing I said in the video was listened to. I was mocked for my femininity. I was called every gay slur in the book. Talk show hosts questioned if I was a man or woman, after playing the clip," he went on.

"I knew there was no way people would take me serious. So I decided that I would play up to the joke everyone thought I was. Realizing that telling them about what had actually triggered my emotional reaction (What my mom was battling) wouldn't be of interest to anyone," he wrote. "So I gave them a cartoon of what they assumed I was, in my public appearances afterward. But the truth is and always was about standing up for someone and not standing idly by when you see someone being hurt by others. In the 10 years since this video- A lot of LGBT Youtubers are celebrated for who they are. I often wonder if I had started videos later, if I would've been treated differently. But what I will say is this: Even if I got a public beating for standing up for what's right: Im happy I did. And I'll always love @britneyspears ❤️"

No. I've never met @britneyspears because I always thought she might think I'm weird, lol.

Watch the original video below: