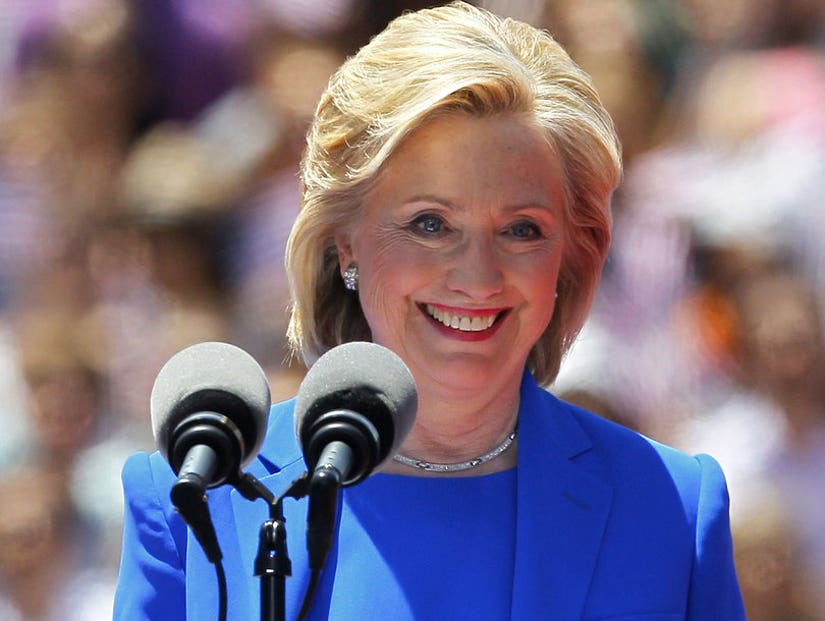 Hillary Clinton's new tell-all "What Happened" hit bookshelves on Tuesday morning, and political pundits got right to work combing through it for the juiciest details about the 2016 campaign. For the past week, stories have been coming in about the mean things Clinton has to say about Bernie Sanders and Donald Trump, how she tears into the media for their coverage of her e-mails, and how she largely blames sexism, Russian interference and James Comey for her crushing loss.

But how much does Hillary Clinton blame herself?

"Writing this wasn't easy," she admits in the book's introduction. "Every day that I was a candidate for President, I knew that millions of people were counting on me, and I couldn't bear the idea of letting them down. But I did. I couldn't get the job done, and I'll have to live with that for the rest of my life." 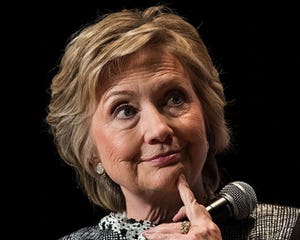 TooFab started examining the book as soon as it was available on Kindle, and while much of it focuses on her history, her family, her policy ideas and her thoughts about women in politics, there are moments when she admits to mistakes she personally made on the campaign trail -- though many of these confessions circle back to how she was treated by the press and misunderstood by the public.

Here are some top examples:

Clinton's speeches to Wall Street dogged her throughout the campaign and earned her harsh criticism from Bernie Sanders and Donald Trump, who both claimed she was in the pocket of shadowy bankers. (Trump would later hire many of those shadowy bankers to his Cabinet.) While she insists other politicians give similar speeches all the time, she admits her timing was way off.

"When you know why you're doing something and you know there's nothing more to it and certainly nothing sinister, it's easy to assume that others will see it the same way. That was a mistake. Just because many former government officials have been paid large fees to give speeches, I shouldn't have assumed it would be okay for me to do it. Especially after the financial crisis of 2008-2009, I should have realized it would be bad 'optics' and stayed away from anything having to do with Wall Street. I didn't. That's on me."

Her campaign had trouble staying on message

At one point, Clinton writes about how Obama told her she needed more message discipline to get through to voters. "It's true, though, that we struggled to stay on message. My advisers had to deal with a candidate -- me -- who often wanted something new to say, as opposed to just repeating the same stump speech over and over." However, she's quick to reject the idea that her campaign was unusually flawed or dysfunctional: "That's just wrong." 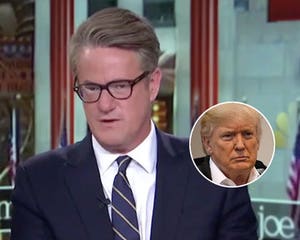 She failed to understand the mood of the country

At a time when social tensions were starting to boil over and the Supreme Court's decisions on Citizens United and the Voting Rights Act were affecting whose voices were heard, Clinton says she didn't adjust her campaign to reflect where the country was headed.

"I think it's fair to say that I didn't realize how quickly the ground was shifting under all our feet. I was running a traditional presidential campaign with carefully thought-out policies and painstakingly built coalitions, while Trump was running a reality TV show that expertly and relentlessly stoked Americans' anger. I was giving speeches laying out how to solve the country's problems. He was ranting on Twitter."

Later she writes, "In 2016 a lot of people didn't really want to hear about plans and policies. They wanted a candidate to be as angry as they were, and they wanted someone to blame. For too many, it was primarily a resentment election. That didn't come naturally to me."

She regrets her remarks about coal miners losing their jobs

During a town hall event in Columbus just two days before the Ohio primary, Clinton was recorded saying "We're going to put a lot of coal miners and coal companies out of business." She was talking about finding new jobs for coal miners as America shifts to renewable energy sources, but her remark sounded devastating out of context and was played over and over again by conservative media.

"You say millions of words in a campaign and you do your best to be clear and accurate," she says. "Sometimes it just comes out wrong. It wasn't the first time that happened during the 2016 election, and it wouldn't be the last. But it is the one I regret most. The point I had wanted to make was the exact opposite of how it came out." 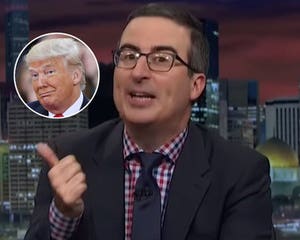 In hindsight, Clinton thinks that saying "You could put half of Trump's supporters into what I call the basket of deplorables" was a mistake - if only because it gave her opponents an attack line they're still using to this day. "Generalizing about a broad group of people is almost always unwise. And I regret handing Trump a political gift with my 'deplorables' comment. I know that a lot of well-intentioned people were insulted because they misunderstood me to be criticizing all Trump voters. I'm sorry about that."

She should have stayed in bed when she had pneumonia

One embarrassing moment for Clinton was during a 9/11 memorial service, when cameras caught her leaving early, stumbling and being helped into a van by her aides. As the media jumped all over the state of her health and whether it meant she didn't have the stamina to be President, it came out that she'd had pneumonia and faltered because of the heat. In her book she describes talking to Senator Chuck Schumer, who'd just recovered from pneumonia himself. "The difference between us was that Chuck didn't have to go out in public as a candidate when he was under the weather. He told me that he had followed his doctor's orders and stayed home for a week. Looking back, I should have done the same. Instead, I ended up having to parade in front of the cameras after leaving my daughter's apartment -- where I had gone to rest -- to reassure the world that I was fine."

Being an inspiring political figure has always been harder for Clinton than it was for Barack Obama, and that hindered her ability to rally voters. "I was the first woman candidate to be nominated for President by a major political party and win the national popular vote," she writes. "I never figured out how to tell this story right. Partly that's because I'm not great at talking about myself. Also I didn't want people to see me as the 'woman candidate,' which I find limiting, but rather as the best candidate whose experience as a woman in a male-dominated culture made her sharper, tougher, and more competent."

This leads to a lengthy chapter about how ambitious women are perceived by society and covered by the media, and how sexism has affected her public image. 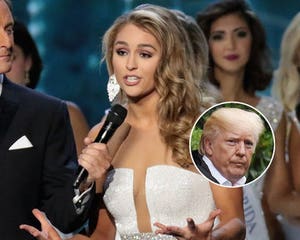 Just after the infamous "Access Hollywood" tape dropped, Clinton and Trump had a debate in St. Louis, where Trump spent much of his time following Clinton around the stage and invading her personal space. Clinton says she thought about turning on him and telling him to back off, but in the end she decided to keep her cool -- a decision she seems to regret. "I wonder, though, whether I should have chosen option B. It certainly would have been better TV. Maybe I have overlearned the lesson of staying calm -- biting my tongue, digging my fingernails into a clenched fist, smiling all the while, determined to present a composed face to the world."

She shouldn't have used a private email server....

Clinton spends an entire chapter venting her frustration about how the media covered her private email server, but she does admit she's to blame for setting the server up in the first place. "Right off the bat, let me say again that, yes, the decision to use personal email instead of an official government account was mine and mine alone. I own that. I never meant to mislead anyone, never kept my email use secret, and always took classified information seriously."

Exasperated, she continues, "It was a dumb mistake. But an even dumber 'scandal.'"

... but she also should have pushed back harder

Clinton is convinced that she should have defended herself more rigorously about the email scandal, instead of letting it swamp the narrative. Following then-FBI director James Comey's public announcements about the investigation right before the election, she wishes she'd fired back and branded Comey's actions as inappropriate. "My first instinct was that my campaign should hit back hard and explain to the public that Comey had badly overstepped his bounds... That might have blunted the political damage and made Comey think twice before breaking protocol again a few months later."

One of the most frustrating parts of the campaign for Clinton was a town hall debate hosted by "Today" host Matt Lauer, where she and Trump were each given 30 minutes to take questions from the host and the audience. Lauer spent most of Clinton's 30 minutes grilling her about the emails, instead of focusing on foreign policy as the event had been advertised.

Clinton now says she should have pushed back hard on his questions. "I should have said, 'You know, Matt, I was the one in the Situation Room advising the President to go after Osama bin Laden. I was with Leon Panetta and David Petraeus urging stronger action sooner in Syria. I worked to rebuild Lower Manhattan after 9/11 and provide health care to our first responders.' [...] Here's another example where I remained polite, albeit exasperated, and played the political game as it used to be, not as it had become. That was a mistake." 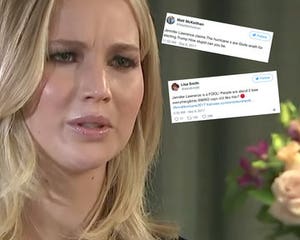 Clinton has a lot of controversial things to say about Bernie Sanders and how he compares to her wonkish, pragmatic approach to politics, but she does admit that Sanders tapped into a populist message that will be increasingly important in future elections. "Bernie proved again that it's important to set lofty goals that people can organize around and dream about, even if it takes generations to achieve them," she says. While she talked about her policy ideas all the time, they never got much media attention and she was unable to shake the idea that she was a defender of the status quo. "In my more introspective moments, I do recognize that my campaign in 2016 lacked the sense of urgency and passion that I remember from '92."

She turns this self-criticism into a message for the Democratic Party, particularly on issues like universal health care. "The conclusion I reach from this is that Democrats should redouble our efforts to develop bold, creative ideas that offer broad-based benefits for the whole country."