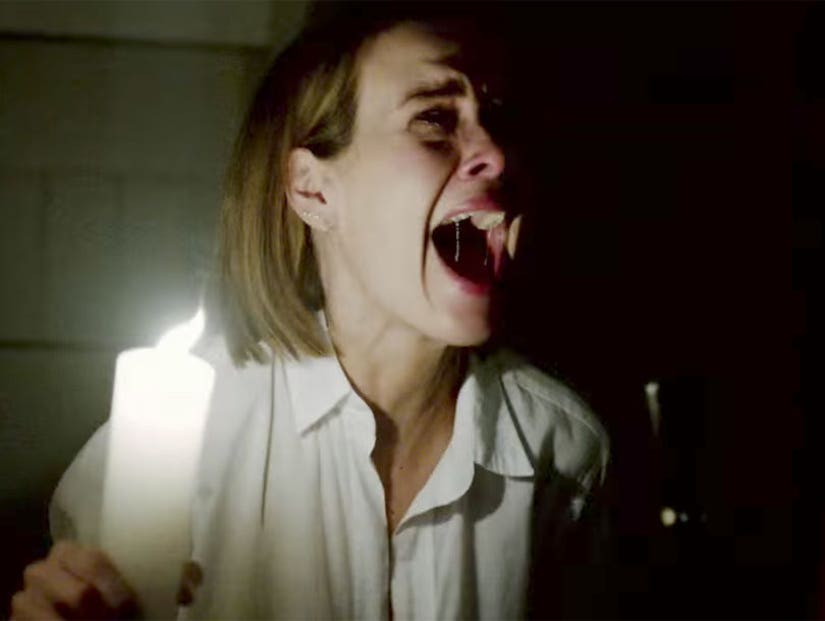 New neighbors were introduced, absolutely terrifying clowns ran amok and Kai Anderson (Evan Peters) reared his blue-haired head again on the new episode of "American Horror Story: Cult," as Sarah Paulson's character quickly unraveled. But the most horrifying moment of the night was the shocker at the end of the hour: Ally shooting her employee point blank, seemingly killing him in cold blood.

After getting a gun from her new neighbor (more on them later) and vowing to protect her family, Ally found herself and son Oz trapped in a house full of masked maniacs during a blackout. As the two attempted to escape, restaurant employee Pedro popped up by their backdoor with supplies from Ivy. Without thinking, Ally shot him, getting him right in the heart.

Killing a hispanic man who was only trying to help her probably won't be good for Ally going forward, especially following Kai's provoked attack by a group of illegal immigrants in the premiere.

We'll see the fallout over that next week. For now, keep reading for a character-by-character breakdown of the week's biggest moments. 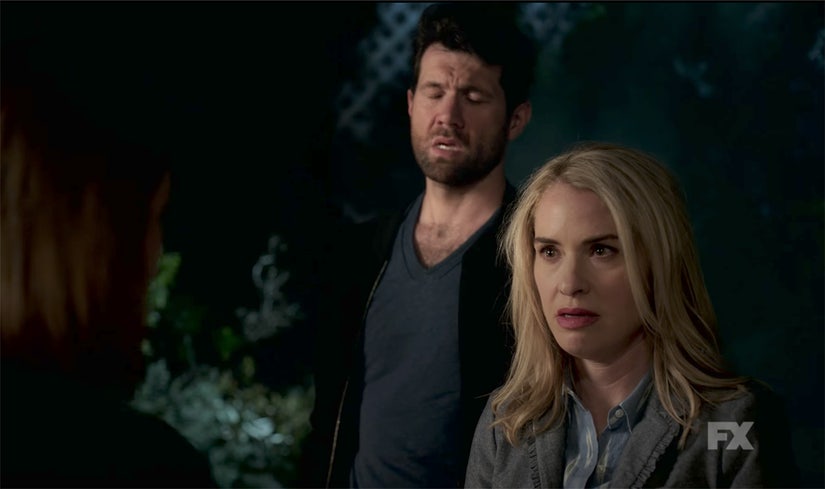 Billy Eichner and "Popular" alum Leslie Grossman moved into the neighborhood this week as Meadow and Harrison Wilton. Their characters apparently fell on hard times and got a great deal on the house after its previous residents, the Changs, were brutally murdered. Go figure.

Harrison's a beekeeper, while Meadow is a cancer survivor who avoids the sun. Our favorite quirk about the couple: they're obsessed with Nicole Kidman and are the co-vice presidents of the Michigan chapter of her fan club. Oh yeah, he's also gay and she's totally cool with it.

They also have a ton of blue barrels in their garage, filled with secrets for now.

We later learn that Harrison loves his guns and started stockpiling weapons after Obama's election win. He's the one who gave one of his pieces to Ally and later whipped her into a frenzy during the blackout before she shoots poor Pedro.

There's definitely something sinister going on with these two, who also share a connection to Kai. You see, they were the ones who filmed his beatdown and seemingly edited out the part where he tossed urine-filled condoms at his illegal immigrant assailants. 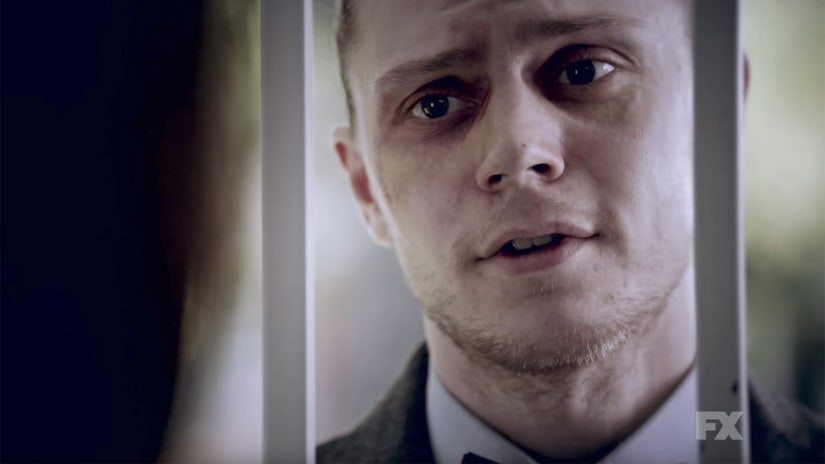 Speaking of that attack, Kai quoted Donald Trump when speaking to reporters after the incident. "When President Trump called them criminals and rapists, he was viciously attacked by the PC police, I grew up in this town and I remember when our communities were safe, but we're not anymore," he said, before announcing his run for city council.

"Vote for the man who can take your fear away," he added.

He later stopped by Ally's house in what is most definitely not a coincidence. She recognized him from when he threw a latte on her during the premiere. He's stumping for votes, asking her, "When was the last time you felt really safe? Can you remember when you weren't scared?"

He then rattled off more fake stats about illegal immigrants he got "from Facebook" in an attempt to scare her even more. Though he tried to weasel his way into her home, Ally wasn't having it and slammed the door on his face. 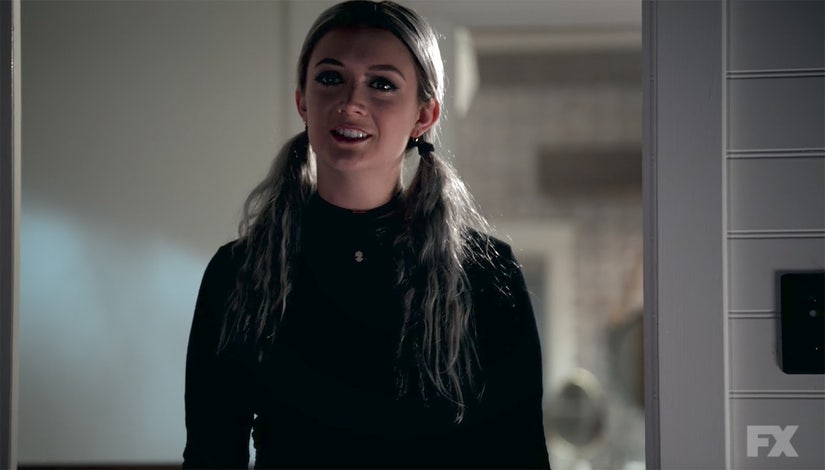 Winter, however, is having no problem infiltrating the Mayfair-Richards home.

She got even closer to little Oz this week, doing the pinkie-to-pinkie ritual that Kai pulled on her during the premiere. "We're connected, flesh to flesh. You're going to give me your fear, Oz," she told him. "I'm going to keep it for you. It's going to make us both stronger." Oz is well on his way to becoming indoctrinated, isn't he?

She also almost got intimate with Ally, drawing her boss a bath to calm her nerves. While it started out innocently enough, Winter's hands begin to wander beneath the water and they almost kissed. The house alarm interrupted anything further. 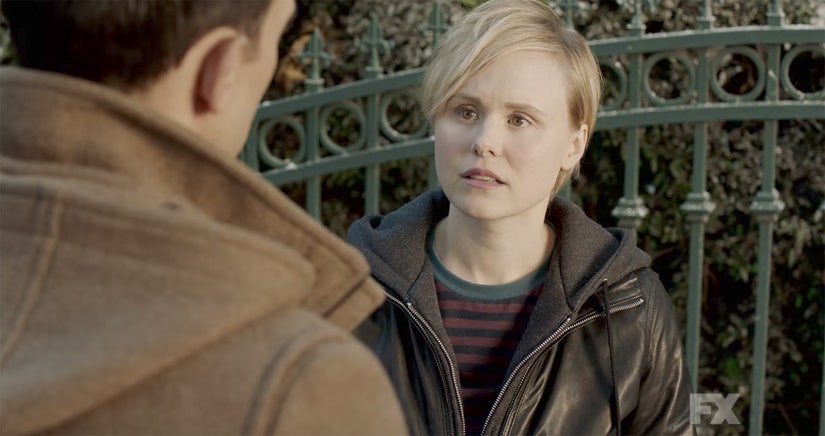 Once again, Ally's wife is totally MIA whenever anything creepy or murdery happens, making her crazy suspicious in our book.

When Ally woke up to a clown in bed with her, Ivy was downstairs. When Ally found a dead man hanging from a meat hook inside their cooler at their restaurant, Ivy stayed home with Oz. When clowns once again filled the house during a blackout, Ivy was at work and sent Pedro to help her instead.

At this point, it's all too much of a coincidence. And when you consider she was also mysteriously absent from the big scares in the premiere and is seen wielding a bloody buzzsaw in the full season trailer alongside Winter, well, it doesn't paint the prettiest picture of Ally's boo.

Ivy also had her wife's therapist swing by for a surprise visit, though that ended up making him seem even more suspect, as he failed to relay the fact that Ally brought a gun into the house. Whoops.

What did you think of the second episode ... are you hooked?