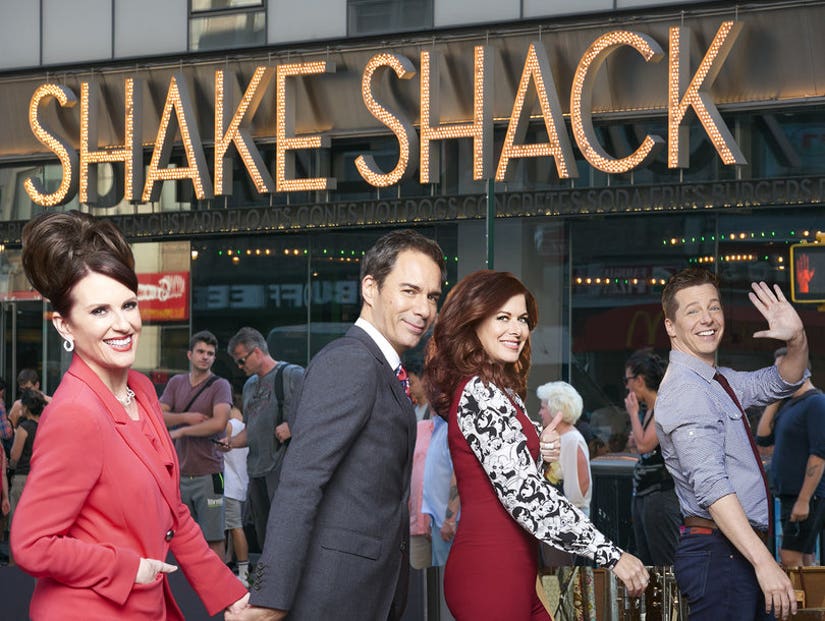 Fans of "Will & Grace" were abuzz Monday when NBC released official first look photos of the new season and popular burger chain Shake Shack announced it would soon be offering milkshakes named after the comedy's four main characters.

TooFab got exclusive details on how exactly the deal came about between NBC and Shake Shack to create "Will & Grace" and "Jack & Karen" milkshakes for fans to indulge as they watch the new 12-episode season.

"NBC reached out to me a few months ago," Edwin Bragg, the vice president of marketing at Shake Shack, told TooFab. "We had worked with them in the past for a pop up with 'Late Night with Seth Meyers' a few years ago so we already had the relationship and they reached out and said the show is coming back and wanted to see if we could create something fun to celebrate the moment. Shake Shack is always looking to be a part of fun, cultural moments so we thought about this and it just came together quite nicely." 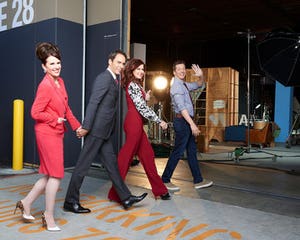 According to Bragg, Shake Shack's culinary director spent a lot of time coming up with a "few delicious shakes" that would best represent the personalities of the characters on the show played by Eric McCormack (Will), Debra Messing (Grace), Sean Hayes (Jack) and Megan Mullally (Karen).

"For the Will & Grace shake, he thought about the fact that Grace has a fiery personality and is known to love dark chocolate. Will is very plain, a little more straightforward so the Will and Grace shake has Shack fudge and a cinnamon sugar topping for Grace and the simple whipped cream mirrors Will's personality."

The "Karen & Jack" shake on the other hand will be a little more interesting as it's the first mixture that will include prosecco.

"The idea was to play up the fact that Karen loves to have a good drink and the rainbow sprinkles with the raspberry powder echoes Jack's over the top persona," Bragg said. "Fun fact, we have never done a shake with a prosecco before so we thought it was the perfect opportunity to work in prosecco since Shake Shack has beer and wine." 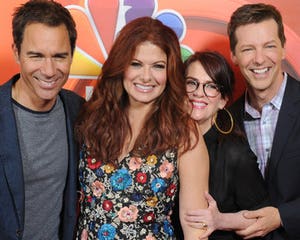 But the tasty treat isn't just for fans guilty pleasure, they will also raise money and awareness for the LGBTQ community.

"NBC said they wanted to use the moment to help raise awareness for the LGBTQ community since the show has always been an ambassador for raising awareness for the community so the organization GLAAD was a natural fit to bring this all together raising fun and awareness," he said. "So together Shake Shack and NBC will donate $2 to GLAAD for every shake."