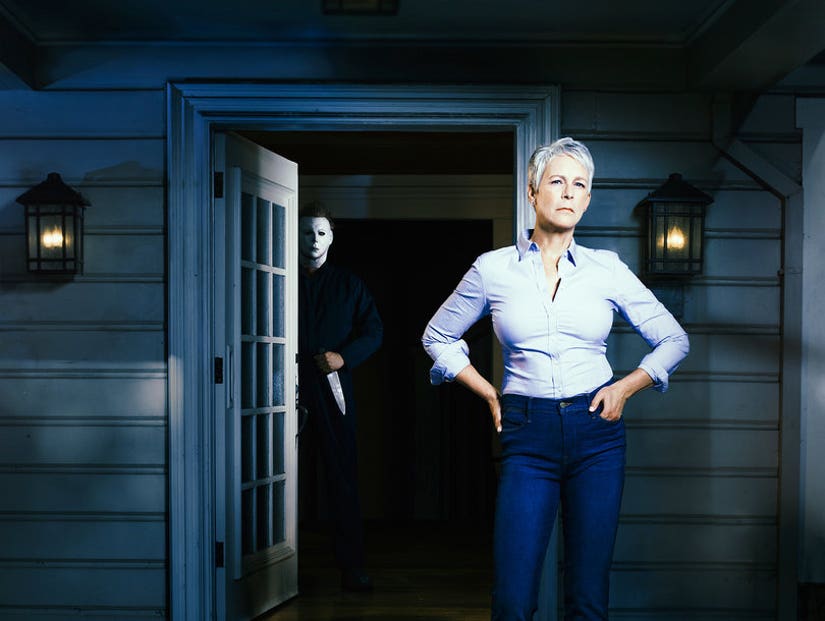 Scream queen Jamie Lee Curtis is back with a vengeance, reprising her role as Laurie Strode for Miramax's 2018 sequel "Halloween."

Universal Pictures released the first photo of Curtis in costume, as killer Michael Myers lurks behind her with a butcher knife.

"Jamie Lee Curtis returns to her iconic role as Laurie Strode, who comes to her final confrontation with Michael Myers, the masked figure who has haunted her since she narrowly escaped his killing spree on Halloween night four decades ago," explained the press release.

The Laurie Strode character was unceremoniously killed off in "Halloween: Resurrection" back in 2002, which the new movie will apparently ignore.

"I would never have been in that movie," she added, before saying that her character had to die in order to get closure.

"It needed to be one or the other [meaning Laurie or Michael Myers]. Until that menace is gone or you're gone, you're not free," she explained. "You can't live in that limbo. I just wanted to make sure, if we were going to end her story, that we ended it correctly."

The original film's director, John Carpenter, will executive produce and serve as creative consultant on the new movie, which comes from David Gordon Green and Danny McBride. Green will direct.

McBride previously explained his "Halloween" is not a remake, but will "continue the story of Michael Myers in a really grounded way." "And for our mythology, we're focusing mainly in the first two movies and what that sets up and then where the story can go from there," he added at the time.