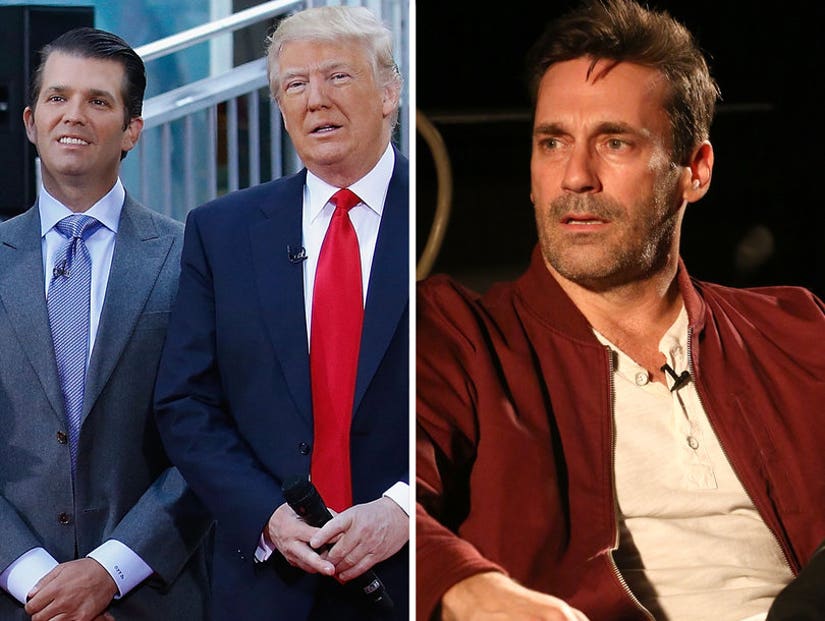 The Trump family's most random Twitter feud today has nothing to do with Hillary Clinton or ESPN, but Jon Hamm, "SNL" and which one of them is the "Alpha."

Donald Trump Jr. took aim at the "Mad Men" star this morning on social media, after the actor made comment about his father in a new profile with the New York Times.

"Pro tip: If you have to tell others you're an alpha... you're not," Trump Jr. tweeted.

Pro tip: If you have to tell others you're an alpha... you're not. https://t.co/OwI6WYafwj

The tweet was in reference to a story Hamm shared about an "SNL" after-party Donald Trump attended in 2015.

"He was with Bill O'Reilly. They're both tall dudes. And I'm a tall dude. And they both do that tall-dude thing, which is to try to intimidate you," Hamm explained. "And it doesn't work on me. I'm like, 'I'm as alpha as you. Let's go. You're not going to chest-bump me.'"

Hamm added that "it was a very weird night" and "the shortest I've ever stayed at an 'SNL' afterparty."