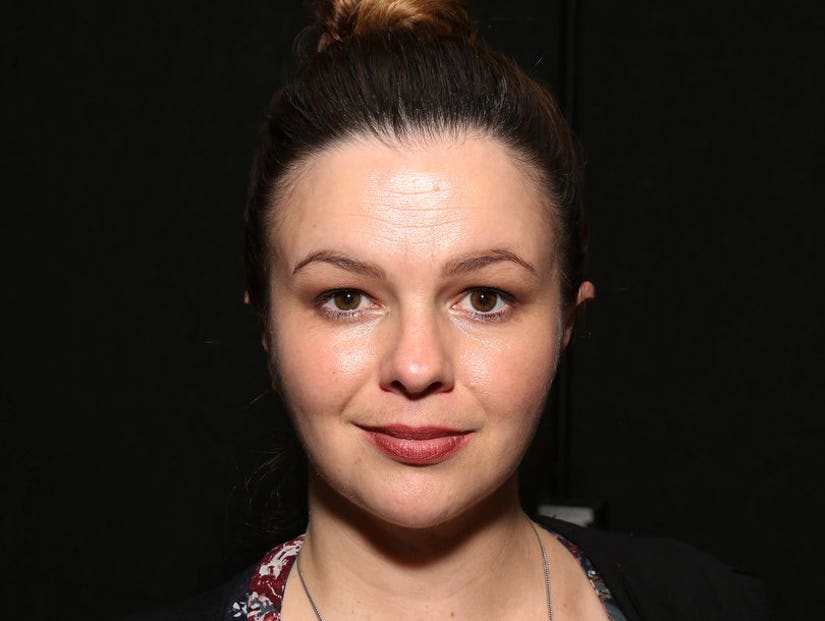 Amber Tamblyn has turned her recent clash with actor James Woods into a teachable moment, penning an op-ed in the New York Times about the culture that Woods represents for so many women in Hollywood.

"For women in America who come forward with stories of harassment, abuse and sexual assault, there are not two sides to every story, however noble that principle might seem," she says in the article published online Saturday morning.

Tamblyn and Woods have been trading blows on Twitter since September 10, when Woods accused her friend Armie Hammer of "chipping away at the last barriers of decency" with his LGBT movie "Call Me By Your Name." "Didn't you date a 19 year old when you were 60.......?" Hammer responded, to which Tamblyn chimed in, "James Woods tried to pick me and my friend up at a restaurant once. He wanted to take us to Vegas. 'I'm 16' I said. 'Even better' he said." Woods later accused Tamblyn of lying.

Since then, Tamblyn has written a response in Teen Vogue and received a wave of support from people sharing similar stories -- not just about James Woods, but about other powerful men in the industry who have harassed and then discredited women.

I cannot tell you how many people have texted, messaged and emailed me with personal stories about James Woods over the last day.

I have a big final think piece on the universal disbelief of women coming shortly and then I'm done. For now.

In her NYT piece, she describes going to a producer's office when she was 21 to report a man who was making her feel uncomfortable. "A crew member had kept showing up to my apartment after work unannounced, going into my trailer while I wasn't in it, and staring daggers at me from across the set. I liked him at first. He was very sweet and kind in the beginning. We flirted a bit on set. But I was in a relationship. And liking someone certainly didn't merit the kind of behavior he was exhibiting, which was making me feel unsafe.

"My hands were freezing and I balled my wardrobe skirt up around my fists as I spoke. It was all caught in my throat — my embarrassment that it had gotten to this point. The producer listened. Then he said, 'Well, there are two sides to every story.'" 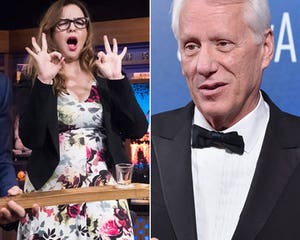 Tamblyn points out that women in this position are often interrogated mercilessly, especially if the man in question is well-known in Hollywood, and they've been forced to become experts at considering the possible risks of coming forward.

She also tackles the common accusation that women accuse famous men of sexual harassment to boost their own careers -- and skewers James Woods while she's at it.

"What would I get out of accusing this person of such an action, almost 20 years after the fact?" she says of her exchange with Woods. "Notoriety, power or respect? I am more than confident with my quota of all three. Even then, why would I choose the guy from 'Scary Movie 2' to help my stature when I'm already married to the other guy from 'Scary Movie 2' [David Cross]?" 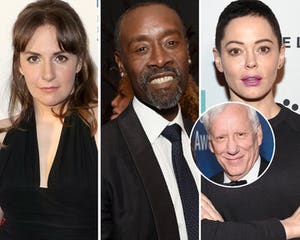 Tamblyn finishes by talking about the text chain she's been a part of since Election Day last year, where women share their stories and gather the courage to speak up.

"The women I know, myself included, are done, though, playing the credentials game. We are learning that the more we open our mouths, the more we become a choir. And the more we are a choir, the more the tune is forced to change."

Supporters continue to cheer her on through social media, including comments from stars like Lena Dunham and Anna Paquin.

What's powerful about @ambertamblyn's action is she no longer accepts the blame. In that way, she frees us all.

Dear .@ambertamblyn I love your obviously fierce intellect and precise insight into such a troubling aspect of the female experience. https://t.co/D7cVSIDs0a

hell yeah @ambertamblyn! i too have a james woods story. also at mel's. i was 19. how many of us are there? how many jameses? https://t.co/SrbaJRL8y8

James Woods: whew glad that little controversy is over bullet dodged i guess —

Well done @ambertamblyn. Enjoying the image of @RealJamesWoods realizing he's confessed, no matter what he does next https://t.co/6uYmwf0ewy

Hi, you are a heroine and if you need anything from Canadian television, I'm your woman.

That sounded less weird in my head. #thankyou

I believe @ambertamblyn. I also believe she's a hell of a good writer. https://t.co/Gy2xOn9tWa pic.twitter.com/zxSAcGZz3v