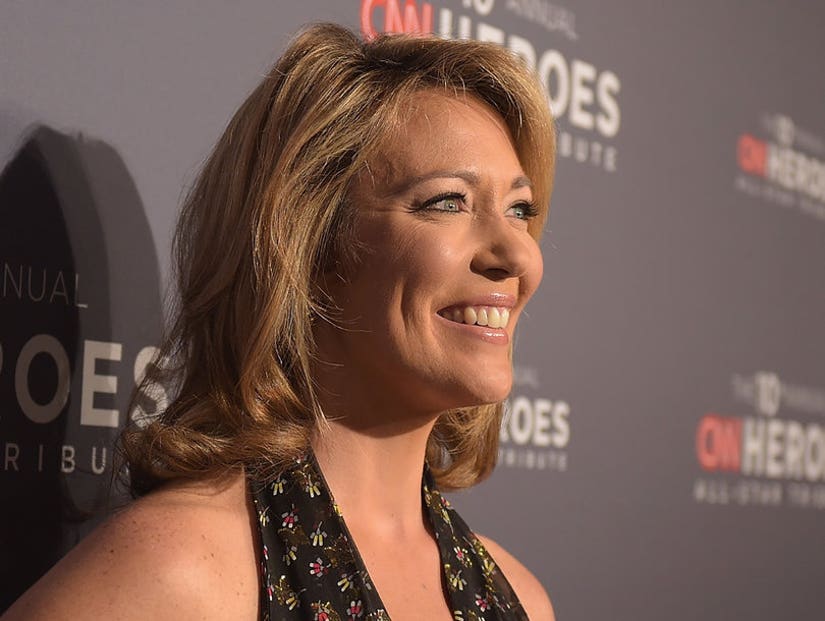 CNN anchor Brooke Baldwin is not keeping quiet after her show on Friday afternoon, when she cut Fox Sports Radio host Clay Travis's microphone for making a crude, sexist remark on live TV.

Travis left Baldwin speechless for a moment when he declared he believes in "the First Amendment and boobs" during a discussion about ESPN anchor Jemele Hill calling the President a "white supremacist."

"I've been a journalist for 17 years -- the past seven spent at CNN hosting a live show," she writes in an op-ed for CNN. "I've seen and heard some things. But when I first heard 'boobs' from a grown man on national television (in 2017!!!) my initial thought bubble was: 'Did I hear that correctly?? There's no WAY he just came on my show and said what I think he said. ... DID HE?'"

She describes growing angry as the newsroom went silent and her producers frantically spoke through her earpiece, trying to confirm what Travis just said.

'I quickly felt myself turning red -- getting irritated and angry. My mind was racing. My face, I could tell, was incredulous. In the thick of it all, I could see my other guest, Keith Reed, was equally aghast.'"

Then she decided she couldn't let the incident go.

"I did something I've done only a handful of times in my career. I told the control room to kill his mic and said 'bye.' I invite a variety people on my show with wide-ranging opinions -- sometimes even my jaw hits the floor, too -- but I let them speak. Whether it's left, right or center -- I want to expose my viewers to other perspectives. Agree with them or not, the nation needs to listen. 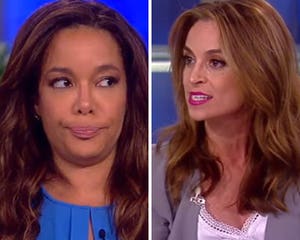 The Internet's Kamala Harris-Sexism Debate Rages On At 'The View'

As a champion of women leaders, Baldwin says she realized she needed to use her own voice to defend women from such behavior -- and she has a pointed message for Clay Travis.

"As for my guest today -- despite what he's tweeting, he won't be coming back on my show -- ever. He works at Fox Sports Radio. Maybe he should learn from folks over at Fox News -- being demeaning to women does have consequences."

For his part, Travis has been bragging about the incident on Twitter and mocking people who found it offensive.

Here's @cnn video of me saying I love the first amendment and boobs that nearly shut down the network. So great: https://t.co/ZevlydlV29

Morning, y'all. It's a college football Saturday and I still like the first amendment and boobs. https://t.co/76u4t3rBwW

Reactions across Twitter have ranged from skewering Travis for his behavior to criticizing CNN for being overly sensitive.

Clay Travis, Tucker Carlson's go-to expert, is a racist conspiracy theorist, and his credo is "all women are sluts" https://t.co/OGzus0THXl

It's possible to think both that Clay Travis is a complete troll and CNN shouldnt pretend to be so offended by the word boobs. This is dumb.

if we don't want human garbage like clay travis to be a factor lets STOP HAVING THEM ON OUR SHOWS...

Feminists literally have an entire campaign to "free the nipple." I'm sorry I don't believe the outrage over Clay Travis saying boobs.

Perhaps @claytravis should ask CNN, if it's so concerned w/ sexism, why nearly all its female anchors are young, blond, and attractive? 🤔

1. @BrookeBCNN's mentions is a nightmare tonight

But this wasn't said with some friends having a beer. It was said on TV during a serious professional conversation + @BrookeBCNN was at work https://t.co/3pjedJ1Rj7

Wow. So so inappropriate. Props to @BrookeBCNN for how she handled it, https://t.co/XjcrMQSuC7

But saying you "love boobs"? Eh. That registers a 1 on the "offensive" scale. Think Brooke Baldwin is guilty of feigning outrage here