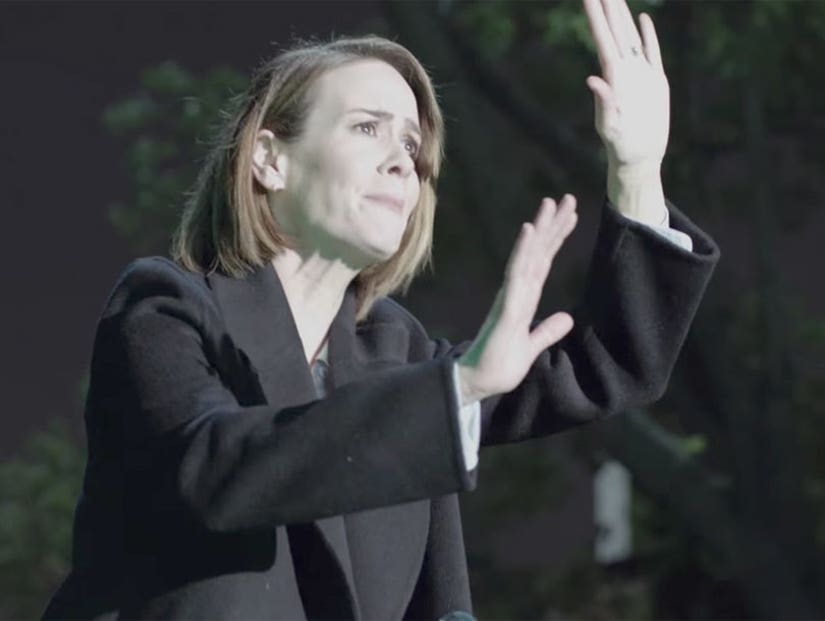 Keep reading as we break down the biggest questions we have looking ahead.

Who is and isn't in the cult? 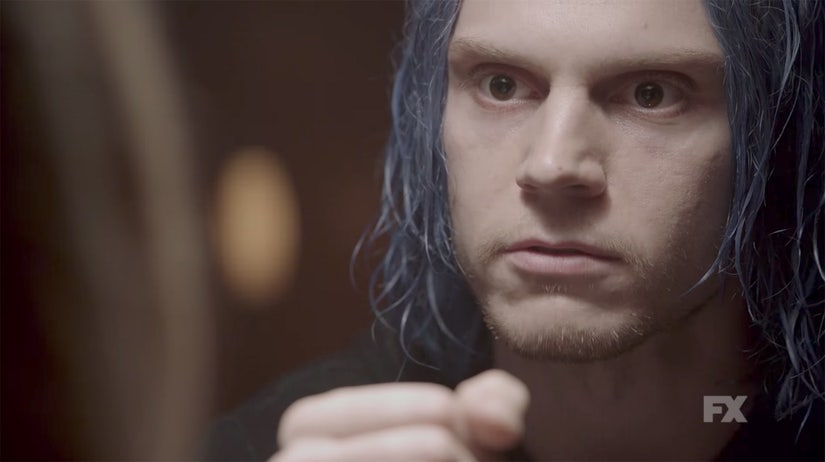 Kai Anderson's (Evan Peters) group grew by a few Tuesday, after it was confirmed that both Harrison and Meadow Wilton (the hilarious Billy Eichner and Leslie Grossman) are two of his followers. While they were assumed conspirators after catching his attack on Hispanic workers on their iPhones, seeing them both play the pinky game sealed the deal.

Colton Haynes' white-haired cop Detective Samuels also ended up on our radar tonight after he was seen hanging out at the Wilton home, exchanging flirty glances with Harrison. Is there something more here or are they simply hanging out? Either way, Meadow's jealous ... more on that later.

The murder at the top of the episode also seemed to imply that Dr. Rudy Vincent (Cheyenne Jackson) has a connection to the clowns as well. After overcoming her fear of coffins in a session with him, Vincent's patient was stuffed into a coffin and left there to die. Considering the clowns have also been targeting Ally with the fears she's talked about in their sessions together as well, it's just too much of a coincidence to ignore.

The jury is still out on Ivy, who is now ticked off at her wife after watching spycam footage of Ally and Winter almost getting it on in the bathroom. The suspicious thing here: she doesn't seem all that concerned that someone installed a spycam in the bathroom in the first place!

What happened to Meadow? 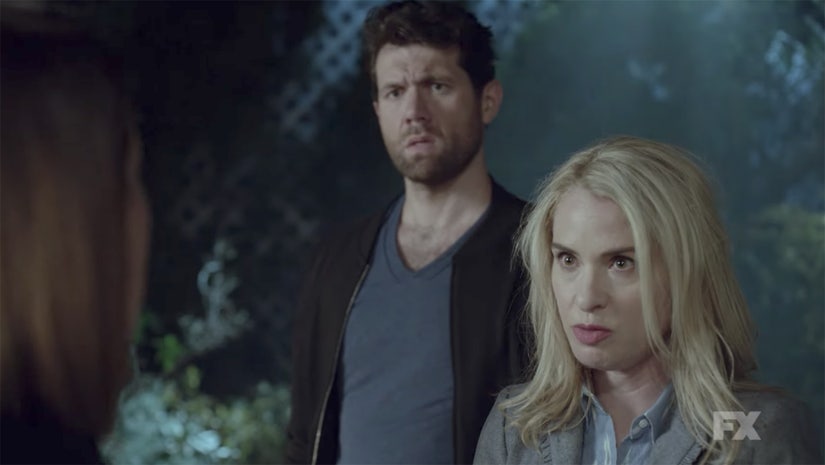 Both Meadow and Harrison took aim at Ally this week, after her accidental killing of poor Pedro became public knowledge. Showing up at her door in sombreros, Harrison lectured Ally on her "white privilege" and threw Taco Bell coupons in her face. They made things worse by giving Oz a pet guinea pig, leading to a brutal phone conversation where Meadow told her, "Hello les, I think you're a horrible racist!"

Their bad week culminated in a blowout at the Wilton home after Ally accused blowing up Mr. Guinea in the microwave. "If you come to my house and bother me or my family again, I will kill you both," Ally warned them.

Later that night, the Wilton home and Harrison himself were covered in blood, while Meadow was nowhere to be found. So, did Harrison kill her? Are they setting up Ally after her threats? Or did Mrs. Wilton skip town as a response to something else? All three seem possible right now, especially when you consider the Wiltons' pinky games.

Earlier in the episode, we saw Meadow lock pinkies with Kai, where she revealed -- in addition to her fears of Sonja Morgan's sobriety -- that she's "afraid the man I love is turning against me." Kai told her to "stop saying sorry for anything" and urged her to "make the world wrong." In his own one-on-one time with Kai, Harrison admitted, "I wish she were dead." Is she?

What is that gas? 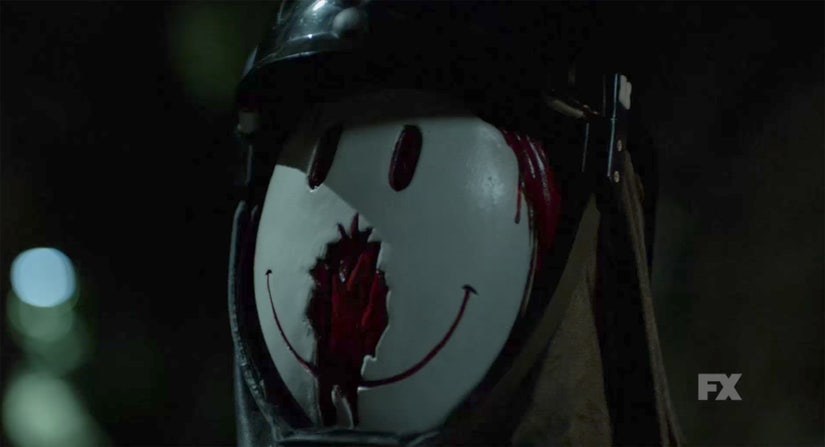 Both Ally and Ivy witnessed a giant chemical truck driving through their neighborhood, releasing green, glowing gas into the atmosphere. The next morning, dead birds were all over the Mayfair-Richards' front lawn.

The gas company said they had no idea who drove down their street, but Ally thought it was all a government conspiracy. "Using citizens like lab rats for some sick chemical weapons test, mind control experiments," she said to her wife.

Ally later confronted one of the men, but passed out after seeing the creepy smiley face mask he was wearing and inhaling some of the green stuff. She later took a blood test, but results are TBD.

What are Kai's plans for Ally? 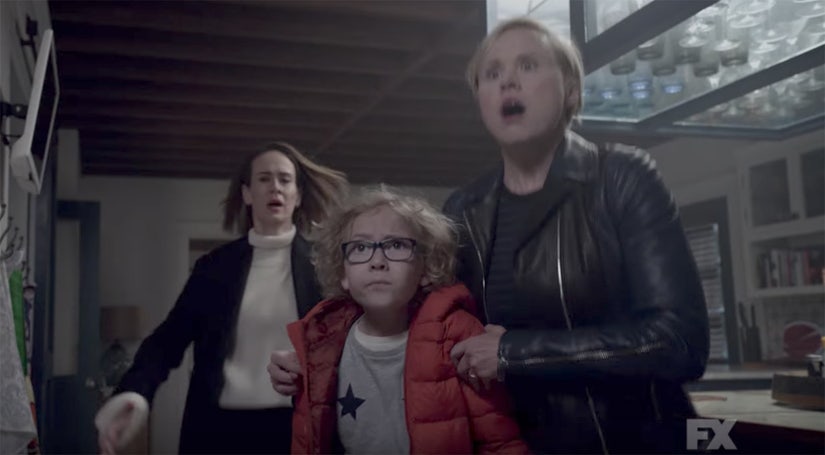 Though some are apparently calling Ally a "lesbian George Zimmerman," Kai is on her side. During one of their two chats tonight, he called her "brave" and promised to "take care" of protesters calling her a murderer.

Later, he made good on his promise and got the mob to leave her alone. "I told you I'd take care of you and I did. Have a nice day," he said with a smile.

Is Ally starting to drink the Kai Kool-Aid? And if this is part of a big plan to get Ally in on the clown shenanigans, why her?

Why did that news anchor look so familiar? 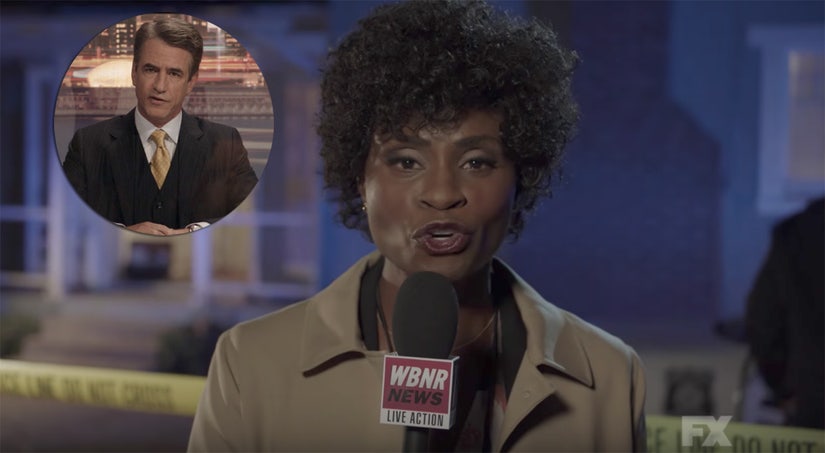 Adina Porter returned to the "Horror Story" franchise tonight as reporter Beverly Hope, who didn't have too many hopeful things to say in her newscast as she spread more fear.

And when she tossed her story back to the anchor, another familiar face popped up for a brief cameo: Dermot Mulroney.

We can confirm this won't be the last you see of the "My Best Friend's Wedding" star, who will appear on next week's episode as well.

Line of the week: "You know we don't like cis-normative pet names," Ally to Oz after he says he wants to call his new critter Mr. Guinea.