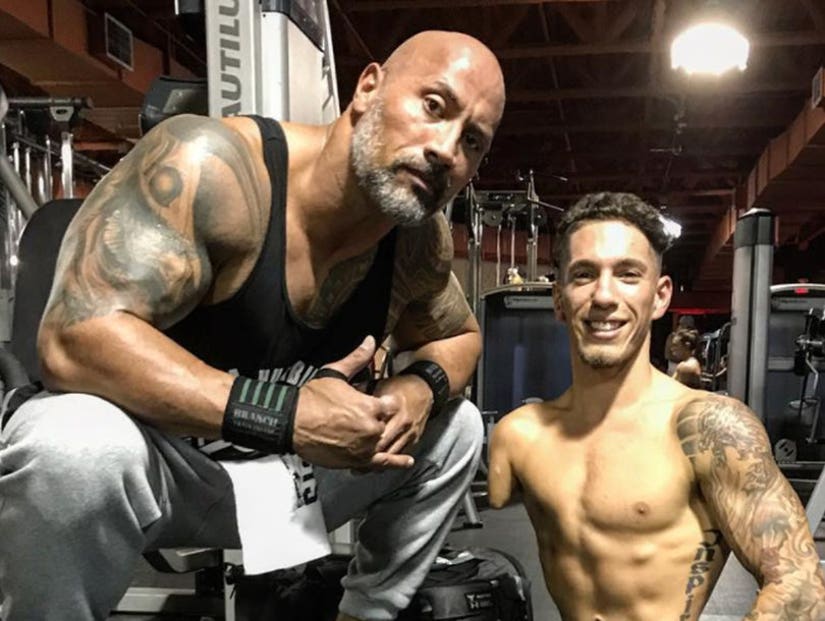 Meet Nick Santonastasso: a 21-year-old bodybuilder who is defying the odds with just one arm and no legs, and also hanging with some of Hollywood's biggest stars, including Dwayne "The Rock" Johnson.

Santonastasso was born with Hanhart syndrome, a genetic disorder so rare that it only affected 12 people in the world at the time of his birth, eight of which have passed away. Doctors only gave him a 30 percent chance to live at the time, and now he's living to the fullest. He has scared the hell out of "Walking Dead" star Norman Reedus in a viral prank, and most recently, he caught the attention of The Rock at the gym over the weekend.

"This was a crazy story," Santonastasso told TooFab Monday when asked about the encounter he documented on his Instagram page. 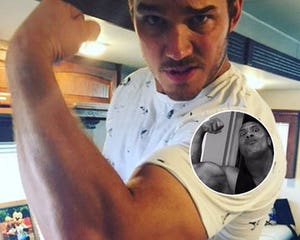 What Is the #Flex4Forces Challenge Inspiring Chris Pratt, The Rock and Jessica Biel to Show Off Biceps?

Santonastasso was working out at City Athletic Club, a high-profile Las Vegas gym that regularly hosts celebrities and bodybuilders, when The Rock's entrance started to create a buzz. But instead of approaching the action star, he played it cool and made sure his friends did, too.

"If he's really real and The Rock is the way he presents himself, we will not have to go up to this guy so just focus on the lift and let everyone else freak out," Santonastasso recalled saying.

The strategy paid off, and he ended up working out right next to the former WWE superstar, who is now the biggest movie star in Hollywood. Sure enough, a body guard approached Santonastasso to see if he would be interested in meeting The Rock in private. Turns out, The Rock knew exactly who Santonastasso was, thanks to his inspiring social media presence and pranks he posted on Twitter's now-defunct video platform Vine.

"It was an instant [connection,] like we both respected each other and what we did," he said. "And it was an amazing feeling, like just like The Rock coming up to you and saying, 'You're amazing.'" 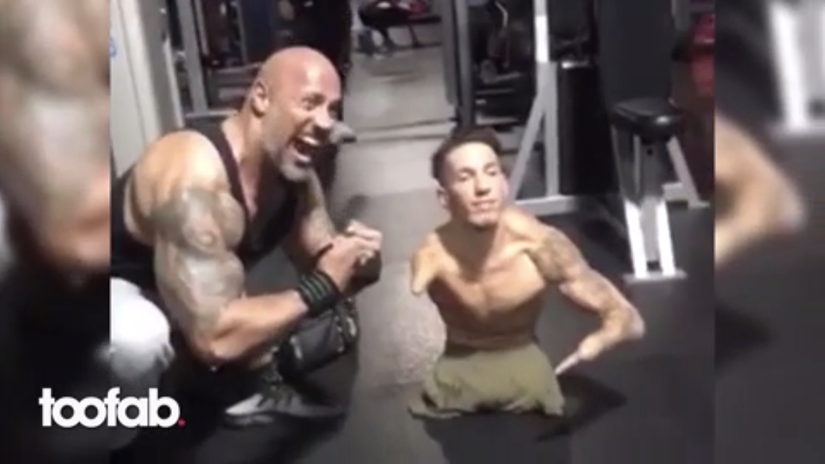 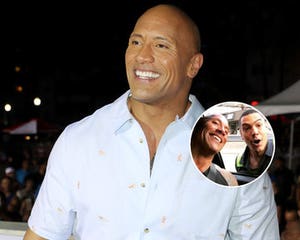 Looking back, Santonastasso is still in disbelief that his idol is a fan of his asking him for a photo instead of the other way around.

"It was the most humbling experience," he said as he continued to explain his goal to tackle multiple careers and accomplishments the way The Rock has since his college football days. His idol apparently has full faith in him, too.

"I was like, 'That's what I'm going to do,' and he was like, 'You know what man, you're exactly like me. People will put you in any industry and you will adapt and crush it, and that's just what we do.'"

Santonastasso told TooFab he hit rock bottom before becoming comfortable with his unique body and deciding to not let it limit his goals.

Santonastasso's parents didn't cater to his disability, and taught him early on that he needed to teach himself how to be self-sufficient. Instead of dressing him, they simply put clothes in front of him and let him "figure it out."

Santonastasso and The Rock also have another connection: wrestling.

But in order to safely compete without injuring himself or his competitor, he had to laser down the bone that was slightly sticking out of his other arm. And once his parents agreed to have the procedure, Santonastasso started to focus on his body alignment and resistance with his trainer.

"The only disability I saw that I had was that my arm hurt, not that I had no legs and one arm because I was confident in my ability to put my work in day in and day out. I knew that my hard work and consistency would make up for my lack of limbs."

Santonastasso is now a fitness model, keynote speaker and an author on the skill of confidence since he believes that was the skill that motivated him to become successful in any industry he desires.

"The one thing I want people to take way is just to try things," he said. "Life is short." 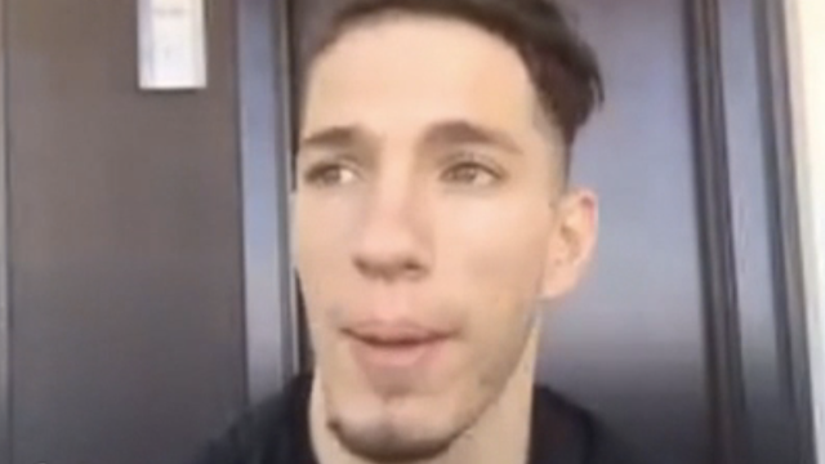 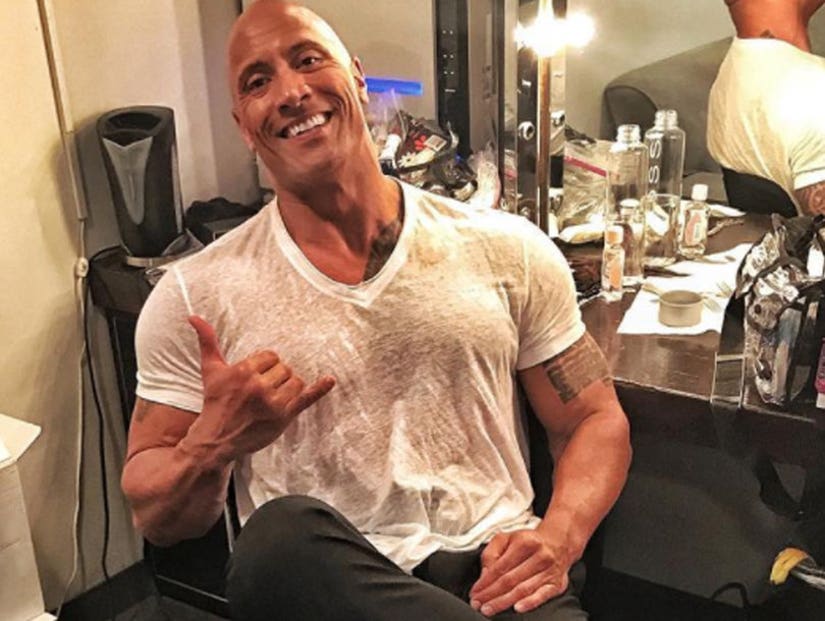