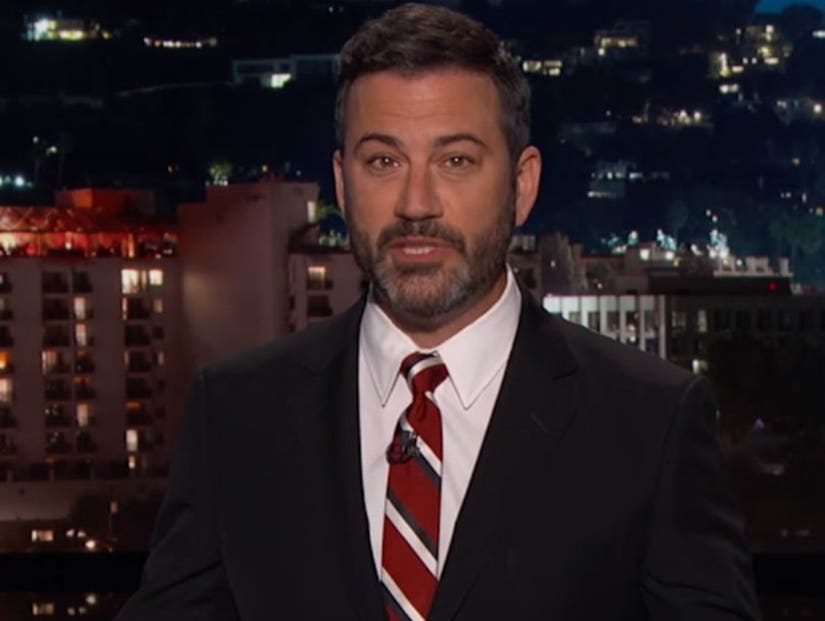 Jimmy Kimmel doubled down on his scathing criticism of Senator Bill Cassidy on Wednesday night's "Jimmy Kimmel Live," after video from Tuesday's show calling the politician out for "lying" to him about health care went viral. The late night host also called out those who said he didn't understand the GOP's latest attempt to replace Obamacare, ripping into senators and Fox News host Brian Kilmeade during his passionate, 10-minute long monologue.

After naming all the heath organizations that oppose the Cassidy-Lindsey Graham bill, Kimmel said Cassidy "either doesn't understand his own bill, or lied to me." He then joked, "or could it be that the problem is that I do understand and you got caught with your GOPenis out. Is that possible?"

"I don't want to turn this into a Kanye-and-Taylor-Swift-type situation, but when Senator Cassidy was on my show in May, he told me that he believed that every American family regardless of income should be able to get quality health care," Kimmel continued. "And I believed he was sincere. Sadly, the bill he unveiled last week with Senator Lindsey Graham indicates that he was not sincere. It is, by many accounts, the worst health care bill yet." 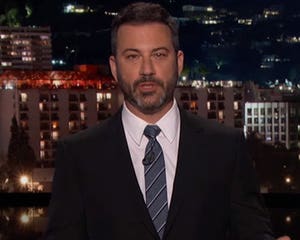 The host then showed a clip of "Fox & Friends" host Brian Kilmeade criticizing Kimmel for being a member of the "Hollywood elite" on his show.

"This is a guy, Brian Kilmeade, kissing my ass like a little boy meeting Batman. Oh, he's such a fan, I think he's been on the show. He follows me on Twitter; he asked me to write a blurb for his book, which I did; he calls my agent looking for projects. He's dying to be a member of the Hollywood elite," a fired up Kimmel said. "The only reason he's not a member of the Hollywood elite is because nobody will hire him to be one. And you know, the reason I'm talking about this is because my son had an open-heart surgery, then has to have two more, and because of that I learned that there are kids with no insurance in the same situation. I don't get anything out of this, Brian, you phony little creep. Oh, I'll pound you when I see you. That will be my blurb for your next book: 'Brian Kilmeade is a phony little creep.'"

After dissing both Chris Christie ("I never got my head stuck in a bucket of friend chicken") and Graham ("Lindsay Graham happens to look like my Grandma Jane, who is now deceased"), Kimmel then turned his sights towards President Donald Trump.

"There's no way President Trump read this bill that he says is great. He just wants to get rid of it because Obama's name is on it," he said. "The Democrats should just rename it Ivankacare, guaranteed he gets on board. Can you imagine Donald Trump actually sitting down to read a health care bill? It's like trying to imagine a dog doing your taxes. It just doesn't compute, you know?"

Kilmeade responded to Kimmel on this morning's show, saying, "I hope your son gets better. I hope your son gets all the care he needs. I'm glad you're interested, you're doing a great job bringing the dialogue out. But you should do what we're doing. Talk to the people that wrote it."