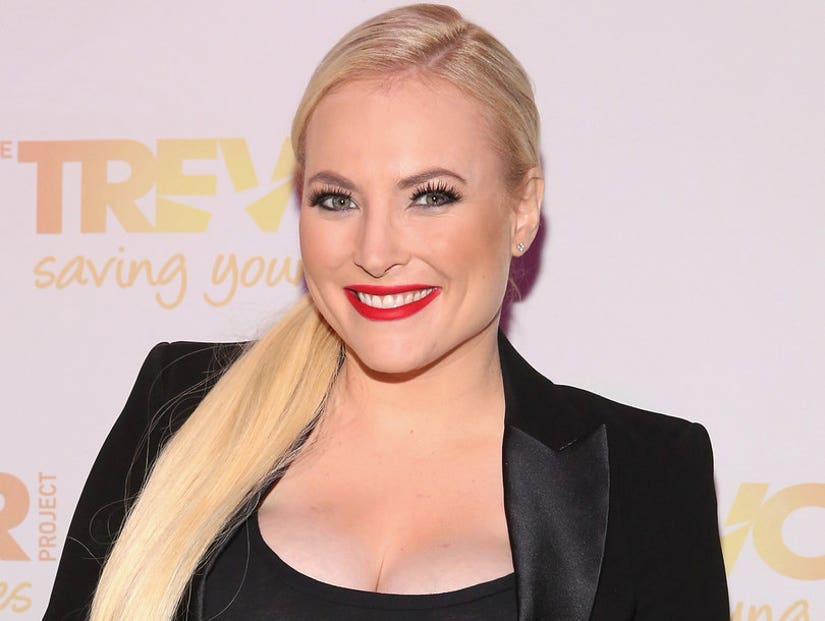 The latest addition to "The View" made her debut on Monday morning, as Meghan McCain officially joined the panel for the first time.

McCain, daughter of senator/2008 presidential nominee John McCain, took over the spot once filled by Jedediah Bila, who made her shocking exit from the show in September.

"Thank you all so much for having me, it's such a privilege to be on the show. It's such an iconic show, it's so iconic to be in this chair that Elisabeth [Hasselbeck] made so great," she said at the top of the show. "I watched Elisabeth in college and to be the conservative on this show is something I take very seriously and I'm excited to bring a different perspective to the show."

Watch one of her first segments here, where she defended Mike Pence walking out of the Colts game on Sunday over National Anthem protests: 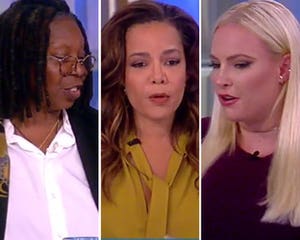 "I don't think we're going to agree on anything Joy," McCain also then said to Behar.

While the 32-year-old is a Republican, she describes herself as being a "liberal on social issues," including gay rights.

Before joining "The View," McCain was a co-host on Fox News' "Outnumbered," was a contributor for MSNBC and Pivot's "Take Part Live." She's also written two books, "My Dad, John McCain" and "Dirty Sexy Politics."

WELCOME, MEGHAN! @MeghanMcCain takes her seat at the #HotTopics table officially as a co-host of @TheView! pic.twitter.com/nRHznslEmj 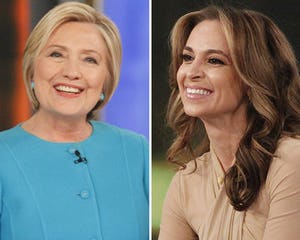 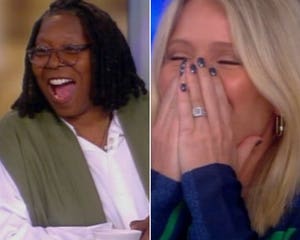 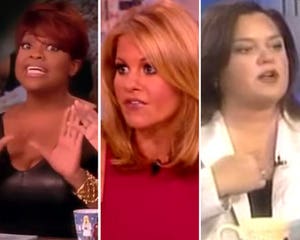