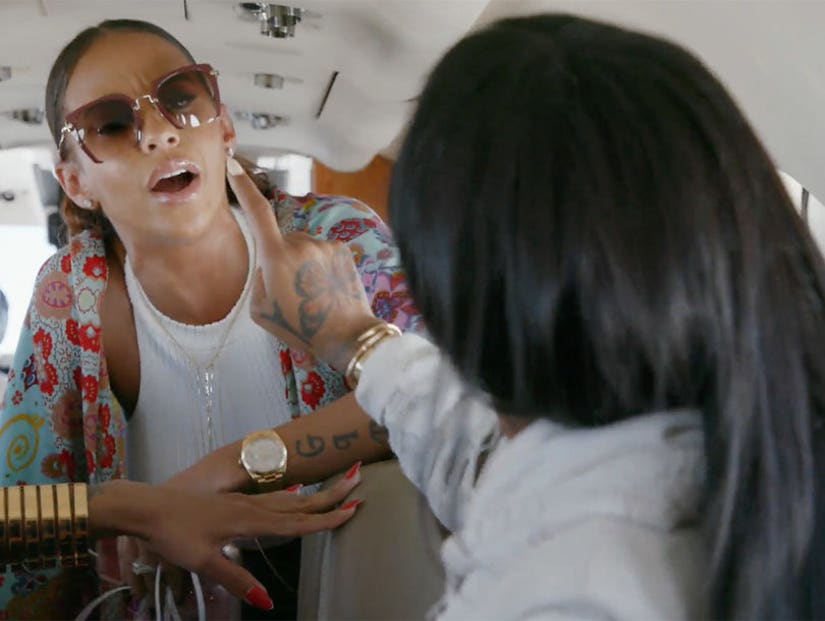 The stars of "The Platinum Life" don't need liftoff to hit major turbulence.

In TooFab's exclusive sneak peek at Sunday night's premiere on E!, tensions explode between co-stars Crystal Smith (Ne-Yo's wife) and Asiah Collins (wife of Kid Ink) after the latter complains about the size of their private jet.

"My legs don't even fit in the aisle. I can't stand up. This is just, it's a little cramped," Collins is heard telling a co-star. "I'm gonna need another shot. I would like everyone to get really lit."

"I felt like we're supposed to be on this trip and try to turn over a new leaf and we can't do that if you're talking shit," Smith explains in a confessional.

"It was great energy about 5 minutes ago. I don't want no bullshit. No drama," Smith then says to the group, escalating the issue.

"Really Crystal? I'm not a child. You're not gonna sit behind me and throw shade like I can't hear you," says Collins.

From there, the drama explodes and the two are soon pointing fingers and screaming at each other as everyone else watches.

E!'s newest reality series following Collins, Smith, Alycia Bella, La'Myia Good, Shantel Jackson, Nazanin Mandi and Lola Monroe "as they indulge in the VIP life with their significant others who happen to be some of the biggest names in the music industry."