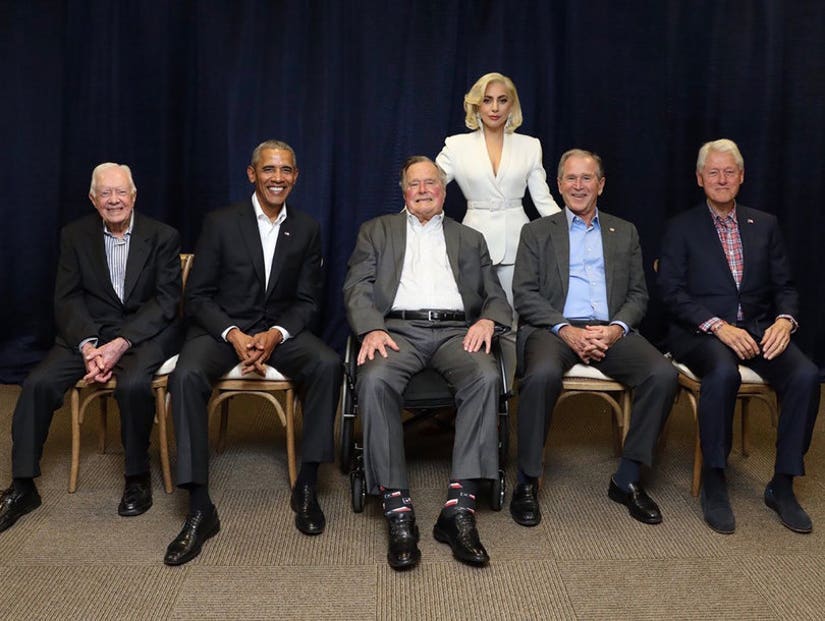 All five living former presidents came together in a rare appearance Saturday night in College Station, Texas to raise money for relief efforts for the devastating hurricanes that hit Texas, Florida, Puerto Rico and the Virgin Islands.

The initiative has raised over $31 million so far, with Gaga announcing she donated $1 million herself at the event. 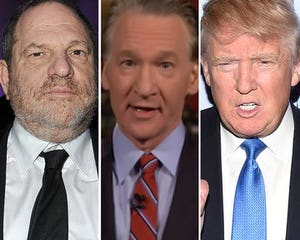 A pre-taped video message from current President Donald Trump played during the fundraiser event in which he thanked his predecessors for their help in supporting relief efforts.

"As we begin to rebuild, some of America's finest public servants are spearheading the One America Appeal. Through this effort, all five living former presidents are playing a tremendous role in helping our fellow citizens recover," Trump said. "To presidents Jimmy Carter, George H.W. Bush, Bill Clinton, George W. Bush and Barack Obama, Melania and I want to express our deep gratitude for your tremendous assistance."

Twitter had a field day following the event, with many comparing Trump with the former Presidents club or wishing Gaga was POTUS herself.

Nothing but respect for my presidents pic.twitter.com/62s3ULX8Ud

Seeing the former presidents at last night's event was a reminder the office has been held by men of stature and dignity. It will be again.

The 6th...spent the morning attack tweeting and is now playing golf. #SundayMorning

Why should Trump have to stop golfing🏌 to raise money for hurricane🌀 relief?! Isn't that what the 5 past presidents are for?

The current president tweeted about a poll on “FAKE NEWS”.

All five Presidents got together without you last night. Are you jealous, sweetie?

5 former presidents are in Texas right now raising money for hurricane relief while the fake president is bragging on twitter about how great he is. 🙄

Trump on a Twitter jag about how great he is as the 5 ex Presidents stand on stage to raise money for hurricane victims is peak asshole.

i remember president gaga's term mostly for her work to grow the economy and stabilize the middle east. pic.twitter.com/4iQnZUiK5L

Per the Article VIII of the US Constitution, Lady Gaga is President now pic.twitter.com/xyUUeSgzmc

Five presidents
fundraise tonight;
But one declined
to accept his invite.
To help in relief,
Trump was unavailable;
But as Commander in Chief,
Surely his reason was unassailable?
Alas, it seems,
Our president deems
It a far better feat
To golf and to tweet.#OneAmericaAppeal