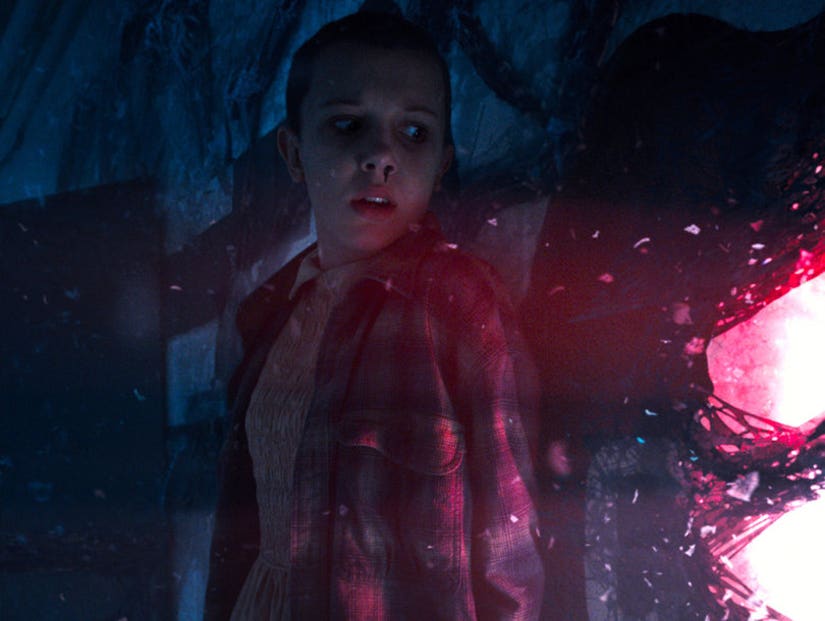 Eleven and the boys of Hawkins, Indiana are back in the highly-anticipated second season of "Stranger Things," which Netflix has dubbed -in true '80s movie sequel fashion - "Stranger Things 2."

And, like most sequels, critics are saying the 10 new episodes dropping Friday up the ante big time in terms of mythology, scares and cast members.

While most are praising the followup season for avoiding the so-called sophomore slump a lot of TV shows suffer, a few have criticized the new episodes for repeating a some of the same beats from Season 1.

"Stranger Things 2 is quite good and, if your expectations are in check, largely satisfying. The Duffer Brothers fall into very few traps of self-importance or self-awareness and they deliver a second season with an expanded assortment of '80s influences, an expanded cast of instantly embraceable characters and some expanded Stranger Things mythology without the bloat that inevitably dooms sequels."

"There's some awareness of things that viewers liked in the first season. Eggos. The dorky every-kid appeal of Dustin. Steve's hair. The Duffers are tapped in, but they don't pander, or at least they don't pander any more than Stranger Things always pandered, successfully, to Gen-X and Millennial viewers."

"In the ways that count, there's no sophomore slump for Stranger Things."

"Until 'Stranger Things 2' really gets going — and that takes a while — it trails an air of self-consciousness that veers into strained fan service at times. The good news is, the show's core cast remains an extremely versatile and effective ensemble, and once the story kicks into a higher gear about halfway through the nine-episode season, a lot of the old magic returns."

"There are missteps in the second season, many of them revolving around thin or unfortunate writing for some of the new characters. But once you get past the clunky first few installments — which largely restate much of what occurred last season and set up plot points that were easily inferred from the trailers — the drama's momentum picks up noticeably."

Variety also praised Noah Schnapp, who has a beefed up role in Season 2. "Much is asked of this young actor, and he delivers powerfully in a range of challenging situations that would be confusing for any family," the review added.

"It's a more intimate, exciting and character-driven story, but is occasionally hampered by its bloated length and by hewing too closely to the structure of the first chapter."

"The new season is often more engrossing and tense than the first, and veers much further into the horror genre. There's a noticeable uptick in jump-scares, and the threat of death is more palpable."

"Stranger Things isn't so tired that the repetitiveness overpowers other strong elements. Season 2 is still a mostly satisfying binge-watch that makes good use of a talented multi-generational cast and an intriguing mythology."

"I won't spoil any more of the mystery of Season 2, but I will say that much of it plays like a lukewarm rehash, with a bit more red meat thrown in to cover up the mustiness. It's a classic sequel form, really. There are some welcome inventions."

The review also called the season "a meandering, intermittently entertaining follow-up that dims our memory of the original fun, of that excitement and sense of occasion. I still ate it up in one big gulp. But I was hungry again an hour later. Only, not for more of the same."

"It's not going to convert skeptics who dismissed the first season for reconstituting VHS favorites for streaming audiences, but it gives the faithful more of what they liked the first time around, with greater stakes, a new batch of interdimensional nightmares, and a better sense for how Stranger Things can carry on for two (or maybe three) more rounds."

"The Duffers have managed to recapture what made Season 1 so good while still moving the story forward in necessary ways, with a smartly written and cleverly-plotted script. Like that first season, not everything works perfectly, but its cumulative effect is one that is again joyous, emotional, satisfyingly spooky, and most of all, makes us care deeply about the fates of these outsiders who band together as heroes."