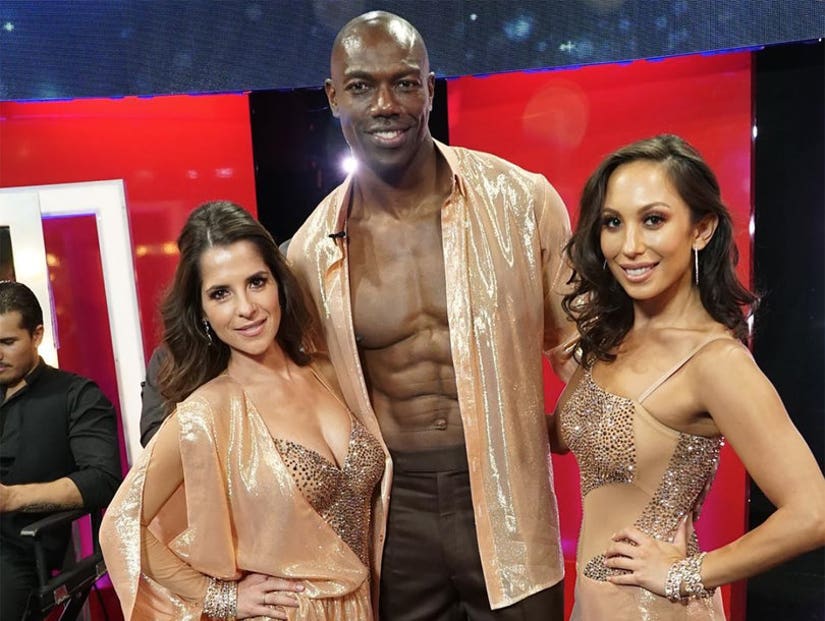 After last week's double elimination left only six couples remaining in the competition, it was clearly time to pad the show with another round even beyond the group round. And so trios have returned, but with a fun twist this season. The couples were partnered with six former "DWTS" contestants, including several former winners.

Even more fun, some of the returning celebrities got the opportunity to dance again with the professional dancer they partnered with during their original season. Alfonso Ribeiro won Season 19 with Witney Carson, Kristi Yamaguchi won Season 6 with Mark Ballas, Laurie Hernandez took Season 23 with Val Chmerkovskiy, Rashad Jennings won last season alongside Emma Slater, Corbin Bleu was the Season 17 runner-up with Karina Smirnoff and Kelly Monaco scored the very first Mirror Ball trophy back in 2005 with Alec Mazo.

Fair warning, since I'm safe at home, I'm probably going to be a little harsher than my colleagues Carrie-Ann Inaba, Len Goodman, and Bruno Tonioli. But I might be nicer, too. Maybe. Yes, there are only three judges on the panel this season, but let's face it, you're the fourth judge. Your votes mean just as much if not more than the judges, so I'll gladly sit fifth behind all of you watching at home.

T.O. really came alive in this dance, looking stronger and more confident than I've seen him yet. I really anticipated his tight, stiff movements in this Charleston, but he came out with full extensions, light on his feet and ready to dance! Those weren't easy lifts he managed, and his slide across the floor was executed very well. The judges and audience love a story of growth, and considering where T.O. started to what he just gave us, he's a good candidate for that kind of support. 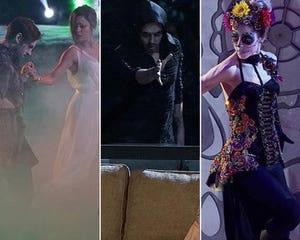 'Dancing With the Stars' 5th Judge: Halloween Scares Up a Double Elimination Shocker

That floor sweep was flawless, his movement across the floor so controlled, the up-and-down waves just where they should be. Drew didn't shy from his height or his extension, he owned every inch of his height and it made for a really powerful waltz with Emma, but there were moments when the old stiffness returned. He did struggle a bit with his frames and the confidence of his movements, but overall I felt he gave a really solid performance. While Drew battles with Terrell for weakest dancer left in the competition, neither of them are particularly bad, which is both remarkable and rare for the Top 6 of any season.

Val was very smart in choreographing this Argentine tango for someone who sometimes struggles to get her legs to do what they want. Victoria did as much dancing in the air or with her feet firmly planted to the ground as she did using them, and yet it barely detracted from the fluidity of the dance. This was sexy and steamy throughout, with chemistry just oozing between the dancers. The normally goofy Victory was able to channel that character, even tossing a playful wink to the camera, throughout most of the dance and it really helped sell it.

The drums track behind this dance was really off-putting for a lot of it, but there were other moments where samba shined through despite it. I didn't think the hoop elements worked at all, and I think Mark got a little lost in the quirkiness of the lion-taming story he was going for, but Lindsey bounced back very well after an injury-stricken performance last week. She seemed a little hesitant in her movements at times, as if she wasn't completely comfortable with the choreography. 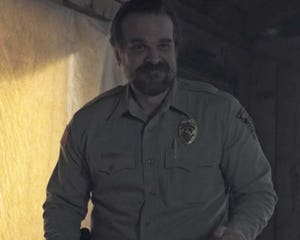 Frankie needed to loosen up a little in this dance, and slow down his arms. He was a little over-eager at times in his arches, flinging them about ahead of the music. His feet were solid though. You can see the affection he and Witney have for one another and it creates a sweetness in their performances together. The sincerity of that connection really shines through, making this partnership something really special. He may never match the perfect score he got last week for that mesmerizing contemporary dance, but he can be proud of his growth and the dancer he's becoming.

This week, Jordan began to feel pressure to give Lindsay her first Mirror Ball trophy -- she's the only remaining pro who hasn't won one. Oddly enough, a well-executed quickstep can actually look a lot less dynamic than other types of dance because so much of the action takes place below the knees with the upper carriage almost holding steady. In that regard, this quickstep was very traditional and brilliantly performed by both dancers. Once again, Jordan looks every bit the pro that his partner is throughout most of these dances, and he can proudly say that the quickstep didn't get him. He even got a standing ovation from Len.

With her original partner no longer a part of the show, the Season 1 winner joined Seasons 2 and 3 winner Cheryl and Terrell for a trio rumba. I'm not sure how much rehearsing they did with Cheryl trying to hook up her good friend with her dance partner. Kelly promised him a date if they scored a perfect 30. He really gave it a great effort, totally selling the story of a guy trying to make time with two women who are really hot for him. That was the steamiest the floor has been all season, and both women did a great job of prowling around him like he was a piece of meat. That was all passion, all sexy, and if Terrell had been a little looser and had just a bit more groove in his movements, it might have been flawless. 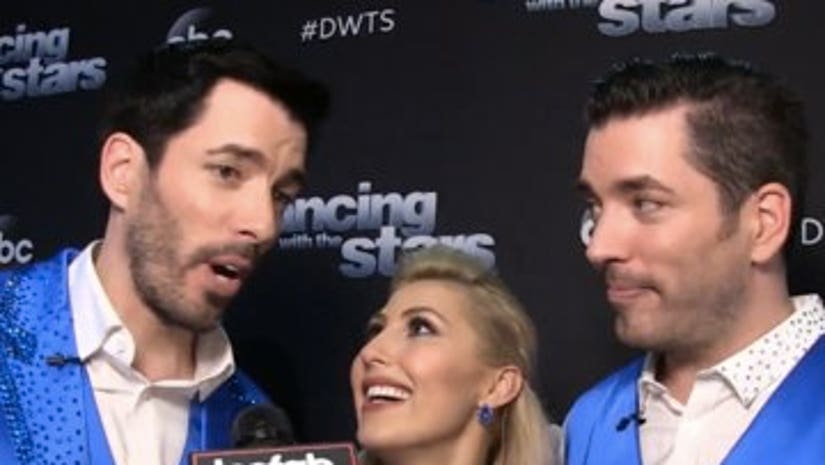 Emma's choreography was so much fun in this cha cha, but the presence of her partner and winner from last season actually spotlighted how stiff Drew can still be at times. While it's not the technical term, I'm going to say Rashad has some wiggle in his arms and legs that Drew is just missing. Perhaps it's that natural swag they were talking about, but Rashad sinks into the rhythm in a way that still feels a bit like work for Drew. He looked stronger than in the previous dance, it was just somewhat pale in comparison.

One of the youngest winners of all time, 17-year-old Laurie brought a lot of energy to rehearsal and to the stage. Once again, the returnee kind of upstaged the current contestant, though I think this time it was more in the choreography than in anything Victoria did. Val was clearly enjoying dancing with his former partner, but it looked like he gave most of the lifts and more challenging work to her, leaving Victoria literally in the background at times. When the three of them did dance together, it was quite nice, but I felt bad for her that Victoria was in Laurie's shadow in every way in that dance.

Mark got to reunite with his Season 6 partner and champ Kristi for a fun jazz routine. Both women were very sharp, and Mark gave them some fun and clever choreography to work with. The blue gloves drew attention to their arms and hands, but luckily they were absolutely on point. This was one of the strongest numbers of the night, with all three dancers turning in professional caliber work.

There was only one misfire on the steps by Frankie, and it had to be when the cameras were on him. Witney reunited with her Season 19 victory partner Alfonso, but Frankie looked like he absolutely deserve to be dancing alongside both of them. Everything their bodies were doing in this jive was absolutely fantastic. The only critique I could have was that I could see Frankie working on his face. He needed to show the fun of the choreography in his expressions. I loved Witney's nod to "The Carlson" in there. That was a nice touch, and this was a fantastic dance. 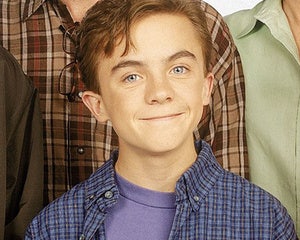 Corbin's professional partner in his season isn't on the show, but he and Jordan have history and similar backgrounds so the partnership still works. In this case, it's Lindsay who may be the odd one out. She needn't have worried, though. As much as the guys absolutely lit up that stage, she was the centerpiece of that masterful performance. These young men are two peas in a pod and both are technically so proficient, I actually worry for Jordan. He has gotten more perfect scores than anyone, but that also means he doesn't really have much room to grow, and "DWTS" has a history of rewarding those who show growth in a season over those who demonstrate excellence throughout it.

With only two weeks left in the competition, it's heartbreaking to get cut so close to the semifinals. Rather than put people in jeopardy, producers instead decided to send couples through, starting with the obvious choice: Jordan Fisher & Lindsay Arnold. 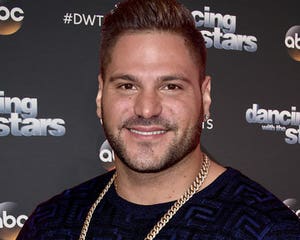 After a perfect score last week for Frankie, it was no surprise to hear Terrell's name called. He's had an amazing run on the show, and shown the most growth throughout the season thus far, edging out Drew. If the "Property Brother" wants to hang in there, he's really going to have to step up his game against the remaining competition, because it is fierce.

Next week, it's time for the semifinals on "Dancing With the Stars," Monday at 8 p.m. ET on ABC. 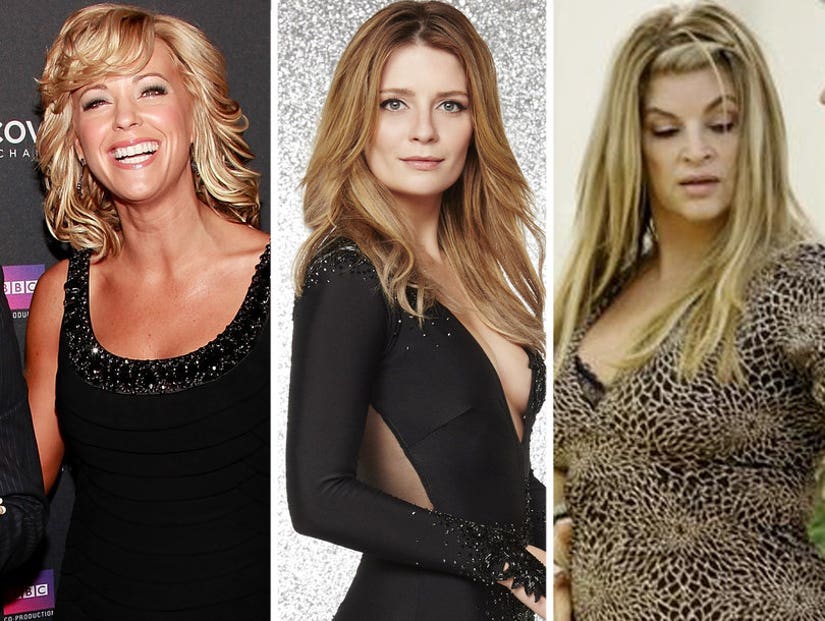