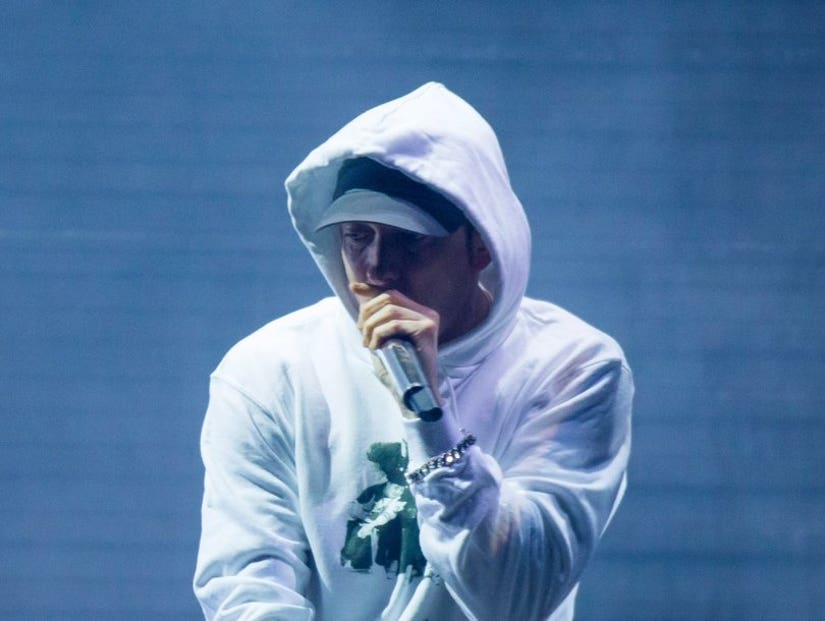 The MTV European Music Awards got off to a rocking start with Eminem hitting the stage and performing his fresh new single "Walk on Water." The sobering single features Beyoncé in the track that dropped Friday, but co-writer Skylar Grey performed alongside the emcee instead.

Grey also co-wrote Eminem and Rihanna's "Love the Way You Lie." With a massive stage production and a string orchestra accompaniment, it was an epic performance of the new single, which is a rare departure into a more subdued and insecure peek into the mind of Marshall Mathers, almost overwhelmed by his own legacy and stature in the rap game.

There are no signs of the Slim Shady swagger or even the Eminem anger, but rather a man looking at the nadir of his career and wondering if he's on the downward side of it. And if so, can he truly comes to terms with it? It was a powerful and emotional performance, proving that the veteran can absolutely still capture an audience of thousands. 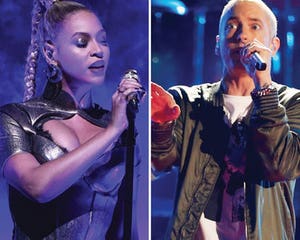 Eminem regained the public eye in a big way during the BET Hip-Hop Awards last month with a scathing freestyle take down of President Donald Trump that quickly went viral.

The rapper's forthcoming album, currently called "Revival," has no official release date at this time, but is anticipated to arrive before the close of the year. 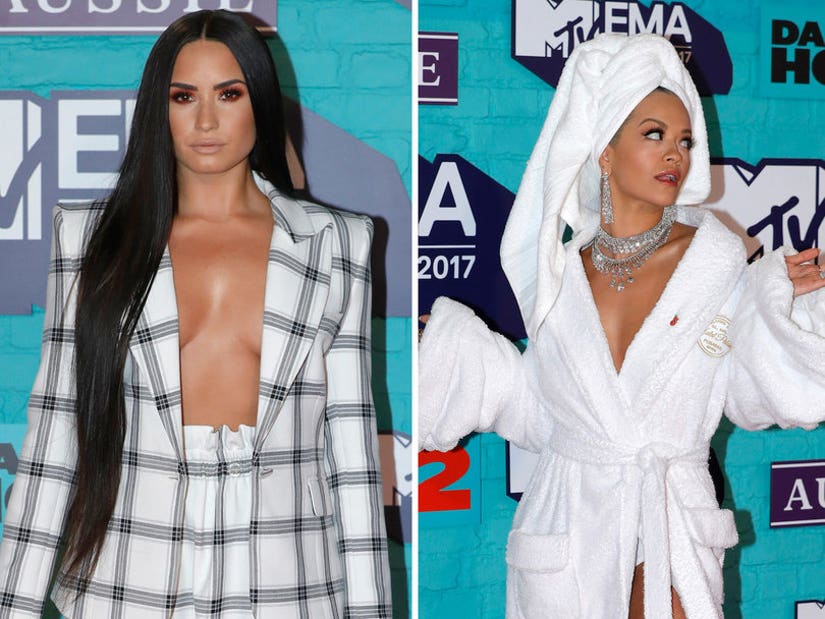