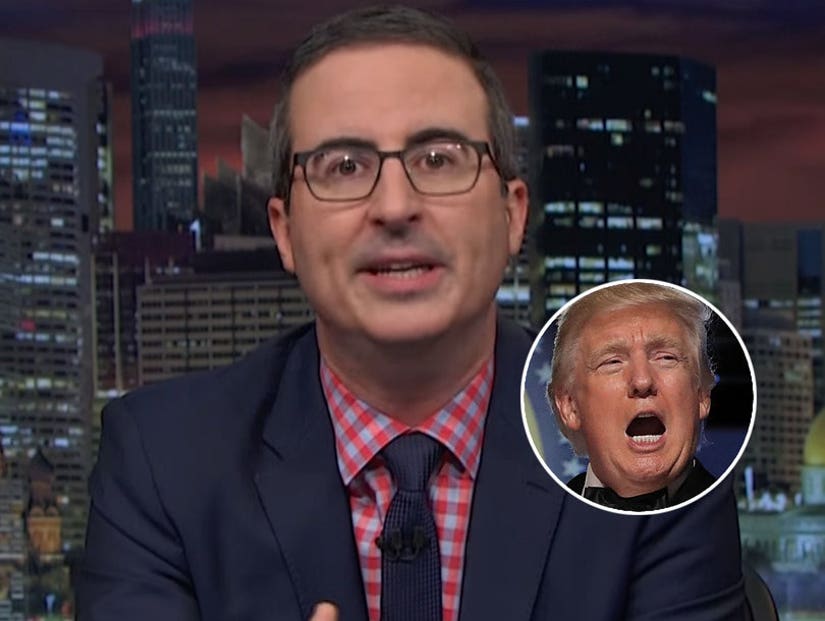 John Oliver has spent the last year taking brief, but poignant jabs at President Donald Trump on "Last Week Tonight," but he went all in on the Season 4 finale on Sunday.

"I honestly know that the prospect of talking about Trump yet again feels exhausting," Oliver began. "We're all so tired of him, every room in America should have a sign on the wall that counts the number of minutes that it's been since someone brought up his f-cking name, but that is the thing: Trump's presidency is like one of his handshakes -- it pulls you in whether you like it or not."

Oliver dedicated a total of 23 minutes and 50 seconds to discussing everything we've learned from the man he joked was "voted least edible by Cannibal Magazine six years in a row." 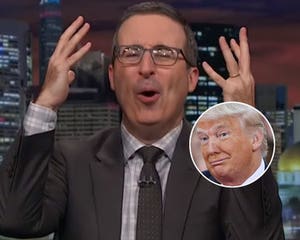 "Tonight, let's pull back from the daily Trump-induced chaos and take a look at the norms that his presidency has violated -- and not the obvious ones, like the fact that he never released his tax returns, or that his own daughter and son-in-law work in the White House -- although, admittedly, I am using the word 'work there' so generously that I should be able to deduct it as a charitable donation on my taxes," Oliver joked. "Or that instead of putting his assets into a blind trust to help reduce conflicts of interest, he simply showed America that he has many large stacks of paper presumably containing the sentence 'I can't believe I'm getting away with this' printed 750,000 times."

Below are seven of Oliver's most savage jabs. 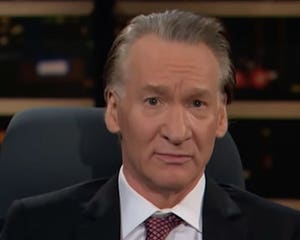 "He's had so many terrible moments this year, you've probably forgotten about many of them," Oliver said. "Remember when he creepily told the French president's wife that she was in good shape? Or when his tacky golf resort was touted on the state's department website? Or when he shoved the prime minister of Montenegro out of the way at a NATO event?"

"You should at least have to know that Montenegro is a country before making a move that says, 'Suck it, Montenegro.'"

Oliver played a clip of Trump at a rally in Phoenix saying, "It's just been announced that a brand new coalmine where they're going to take out clean coal -- meaning they're taking out coal, they're gonna clean it -- is opening in the state of Pennsylvania."

"Is it possible that Trump is well-versed in and is referring to flue-gas desulfurization, fluidized bed combustion and selective catalytic reduction? Sure, it's possible, but let's agree it's considerably more likely that he thinks you just take a bunch of coal and scrub-a-dub it with a big, old sponge. That's right, I'm saying the president fundamentally doesn't understand what he's talking about."

"It definitely doesn't help that so often what Donald Trump says is complete nonsense," Oliver said before reading a word-for-word transcript of one of Trump's speeches regarding the Iran nuclear deal. "When you strip away his blindly confident entertaining delivery and just read his words, it is staggering how incoherent he is."

"Holy sh-t! That is not a functional use of language," Oliver said. "That is a drunk driver crashing a pickup truck full of alphabet soup. Trump's actual speech patterns sound like when you write a long text by choosing only the predictive text your iPhone suggests for you."

Trump has been delegitimizing the media since he declared his candidacy, using the phrase "fake news" to identify any news stories he deems unfavorable.

"He's been waging war on the very concept of truth ever since he turned to his mom and said, 'Dada,' and she said, 'No, I'm Mama,' and he said, 'Fake news!' and sh-t his pants," Oliver said.

"The difference now is he's crying fake news as President of the United States, and he is openly proud of it, to the point that he recently tried to take ownership of the term itself," the comedian said before playing a clip of Trump telling a TBN interviewer, "The media is -- really the word I think is one of the greatest terms I've come up with is 'fake.' I guess other people have used it perhaps over the years, but I've never noticed it.'" 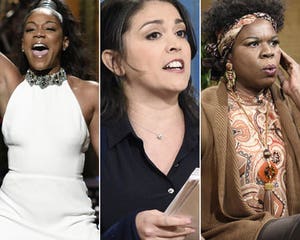 Oliver explained that "whataboutism" is "the practice of changing the subject to someone else's perceived wrongdoing," something Trump has perfected over the last year.

"Actually, no," Oliver said. "A Nazi killing someone with a car is so heinous, any other issues that might be up for debate under any other circumstances kind of have to wait their turn. You csn be wearing Cros with socks, but if you're using those Crocs to kick Hitler in the balls, you know what? I'm suddenly not so f-cking focused on the footwear."

Trump Is a Master Troll

"Trump may well be the first ever troll to be elected president," Oliver said. "As a troll, Trump does things that have no effect other than to piss off his perceived enemies, like when he tweeted this wrestling GIF of himself body slamming CNN, or attacked Mika Brzezinski by saying she was 'bleeding badly from a face-lift,' or as we mentioned earlier tonight, called a leader with nuclear weapons 'short and fat.' Tru,p even once retweeted a claim that he was 'the most superior troll on the whole of Twitter,' calling it 'a great compliment,' which is it not because sometimes when you do something that makes a lot of people mad, it's because, and bear with me here, you're a dick."

'The Trump Presidency Is Basically a Marathon'

"It's painful, it's pointless and the majority of you didn't even agree to run it, you were just signed up by your dumbest friend," Oliver said. "And the fact is we're not even at mile six right now, or possibly even mile three, so there is a long way to go, and though you're exhausted and your whole body is screaming for you to give up and your nipples are chaffing for some reason, the stakes are too high for any of us to stop. And I do realize that I'm saying that as we're about to stop doing shows for the year." 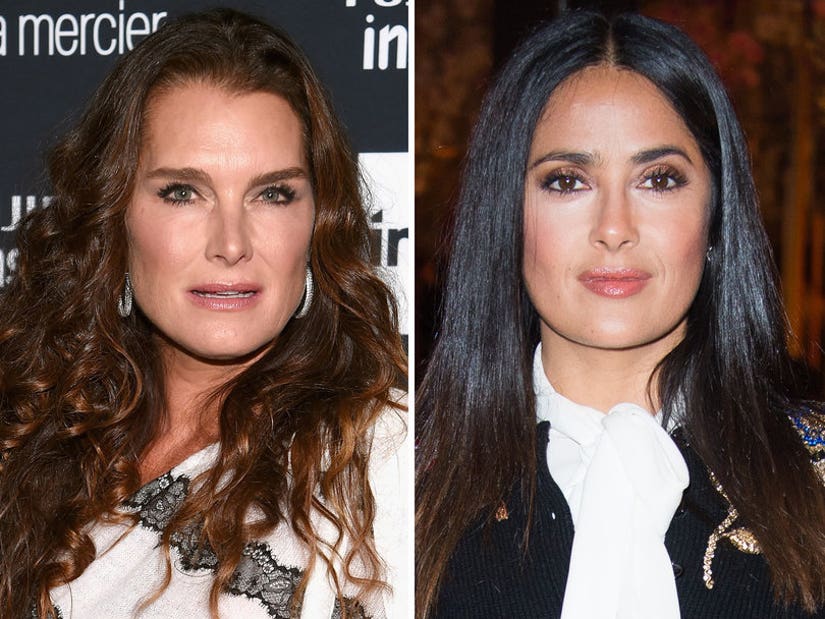