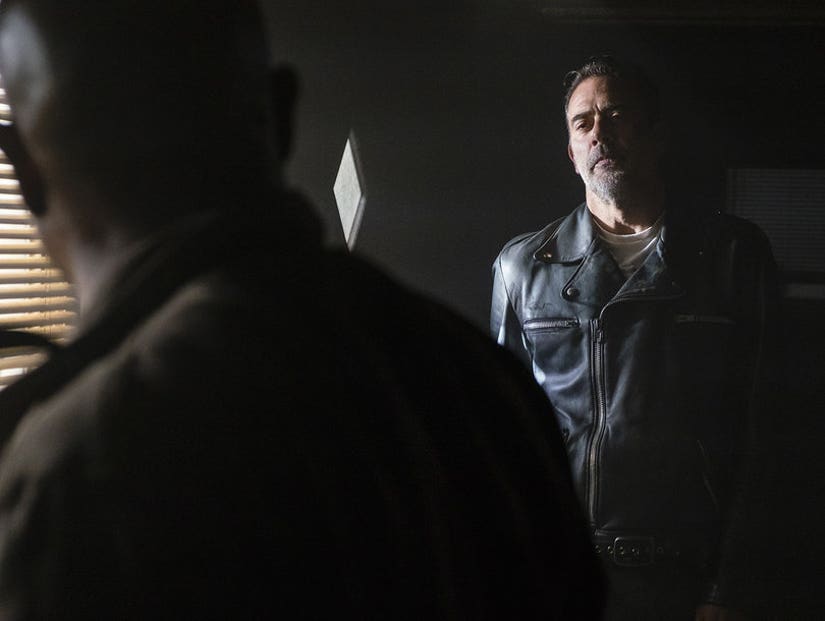 "The Walking Dead" returned to Negan and his home base on Sunday for "The Big Scary U," where a majority of the action focused on the fallout of Team Rick's siege.

Negan and Gabriel shared some secrets about their pasts with each other, Dwight and Eugene found themselves in quite a pickle and Rick and Daryl came to blows.

Let's break down the night's biggest moments and what they could mean for our favorite survivors going forward. 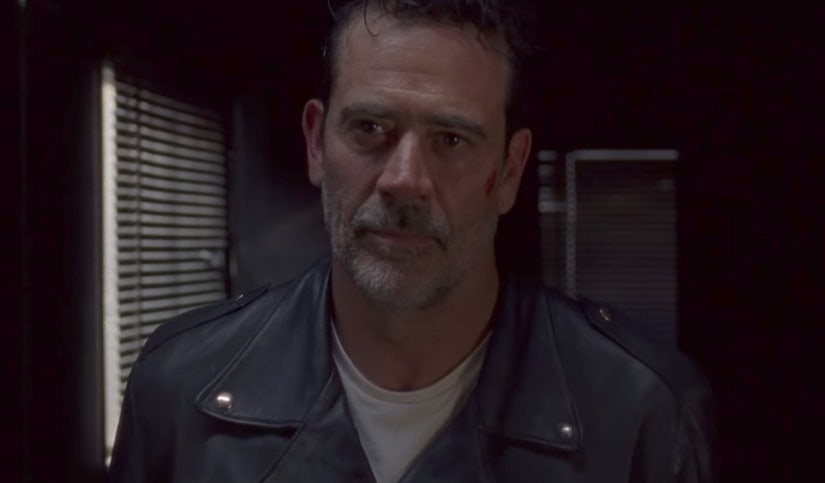 While trapped in a trailer together after the walkers flooded the Sanctuary, Gabriel (Seth Gilliam) and Negan (Jeffrey Dean Morgan) shared a few personal stories about their pasts. Gabriel, it seems, thinks his "purpose" might be to get the Big Bad to "confess" his sins. The preacher went first, explaining how he locked his congregation out of the church after the outbreak started.

Gabriel wanted to know about Negan's wives, most of whom he pressured into "marrying" him for protection. "My first wife was a real wife, my only real wife, 'til death did us part," the Savior leader explained. "It was before this. I lied to her, I screwed around on her, she was sick and when she went it was during this. I couldn't put her down. That is how I was weak. That is what I will confess. Because yeah, maybe we do bite the big one here."

This all lines up with Negan's past from the source material as well. His wife's name there: Lucille.

Viewers also learned that the Saviors were an "army made up of gangs of animals" when Negan first met them. "The last guy that was in charge, he wasn't in charge of shit. He allowed people to be weak, I don't," he added. "

While Dwight was his entry point to the Saviors in the comics, this episode hinted that Simon may have been their old leader. During an argument over how to handle the workers in the Sanctuary, Negan asserted his dominance over his right hand man and warned him about "backsliding." Things between them were definitely more tense than usual, no? 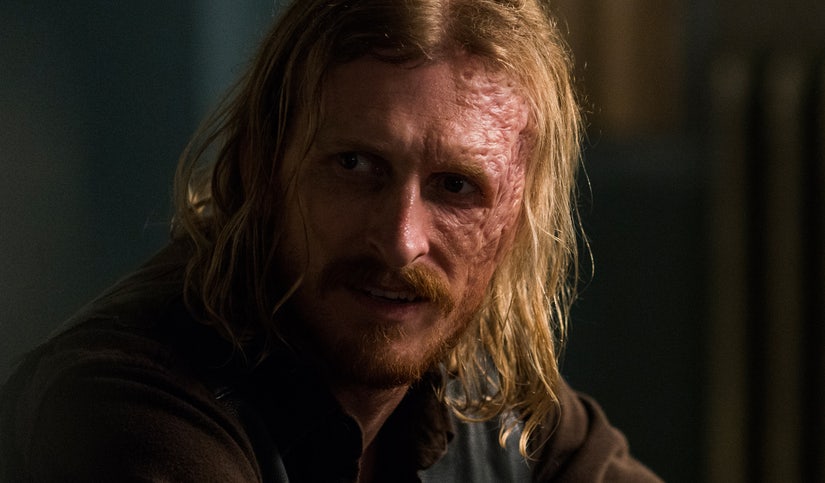 Of course, Simon (Steven Ogg) isn't the only one Negan has to worry about. Viewers have known Dwight (Austin Amelio) was a spy for Team Rick for some time and now, the Saviors are out to uncover the rat in their midst.

During a meeting with Dwight, Simon, Gavin, Regina and Eugene (Josh McDermitt), Simon explained how he wanted to expose the traitor and kill them, slowly, in front of everyone. It's pretty clear he thinks Eugene can't be trusted.

But Eugene knows something they don't know: the true identity of the backstabber. He put two and two together after realizing one of the stolen ammunition bags had the same paint on it Dwight uses for his chess pieces. The question now is what will he do with that information. Though he gave Dwight a knowing glance, he didn't speak up or say anything to Negan when tasked with revealing the culprit.

Someone's going to die for betraying the Saviors. If Eugene choses not to rat out Dwight, they could band together and accuse Simon or Gregory (Xander Berkeley), who Negan accused of "playing both sides." There's always the chance Eugene could be SOOL himself, if Dwight points the finger in his direction. Who's gonna take the fall?! 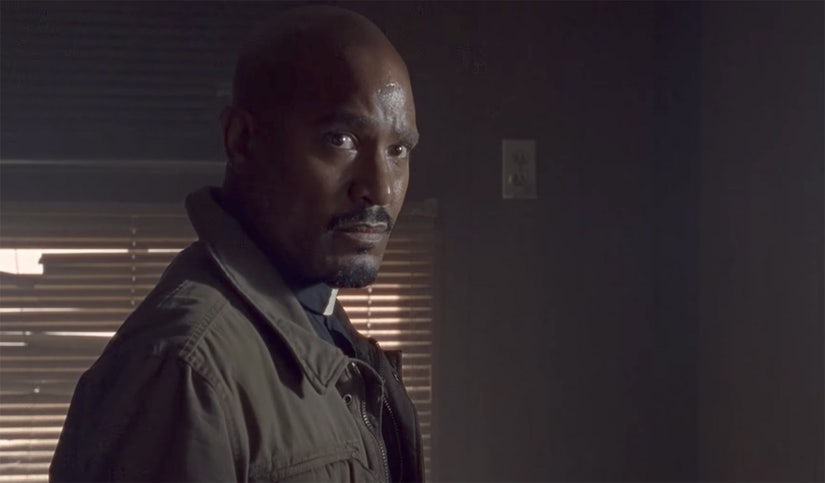 The episode started with a flashback to Gabriel praying, thanking God for redeeming him and giving him a second chance. "What I fear, is a fruitless death," he added, "What I ask for, after you have given me so much, is a purpose."

So, what is his purpose? At first, he thinks it's getting Negan to confess. But after he does and the two escape from their trailer and make it back inside, he's got a new idea.

And, just like that, he has a new mission in life. That being said, does he have much life left in him? One of the few reasons he could suddenly be so sick: he got bit by a walker during his journey inside the Sanctuary. 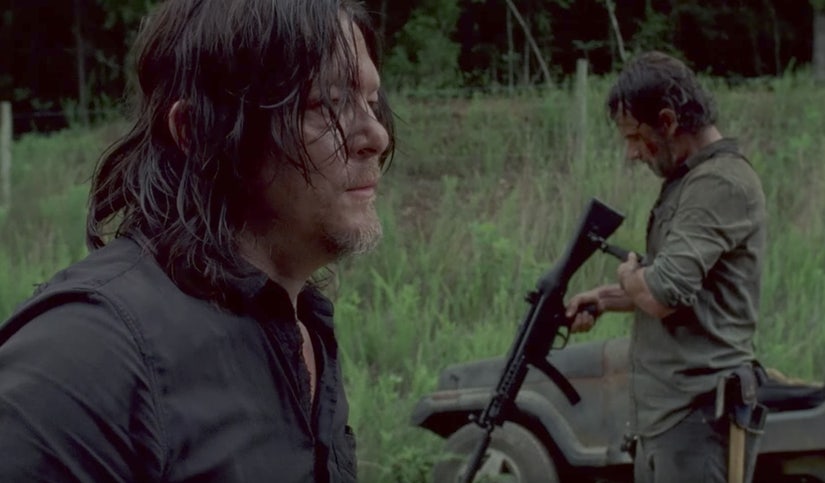 First Tara and Jesus argued over killing Saviors, then Morgan and Jesus got into it and now, here we have Rick (Andrew Lincoln) and Daryl (Norman Reedus). It's one thing to recycle arguments from an earlier season, but the same argument 3x in the same one, that's a bit much.

These two started arguing over what to do with the explosives they got their hands on after last week's high speed chase. Daryl wanted to blow out the walls of the Sanctuary so walkers could invade and kill everyone, but Rick didn't want to kill any workers who may be there because they had no other options. "There are people in there who aren't fighters. Doing this could change that," he warned. "We don't have the Kingdom anymore, we're not doing this." Daryl, naturally, didn't care.

While this was treading very familiar territory, it was still kind of awesome to see these two original survivors come to blows, right?

The battle came to an abrupt end when the truck they ambushed exploded, rendering the debate over the explosives a moot point.

After the fight, Daryl hopped on his motorcycle and drove home, while Rick was left to hoof it back.

But while he was walking, he saw a helicopter fly overhead, a sight nobody on this show has seen in a long, long time.

When we next see Rick he's approaching Jadis' junkyard, where he's spotted by one of her lookouts. And that's it.

Did he follow the helicopter there? Does the Queen of the Trash People actually have access to a lot more than she lets on? And, if not, what is he there to talk them about? Remember, the last time we saw her, she had double-crossed Team Rick to align with Negan, only to see their plan go out the window when Shiva attacked out of nowhere.

Actress Pollyanna McIntosh recently told us Jadis' alliances could easily shift again going forward. "She wants to stay alive, keep her people alive and make the best deal she can and beat this thing and win this thing," she told TooFab. "She's going to be in her usual fighting mode but you're never gonna maybe know what she's actually thinking. She's gotta be on the winning side."