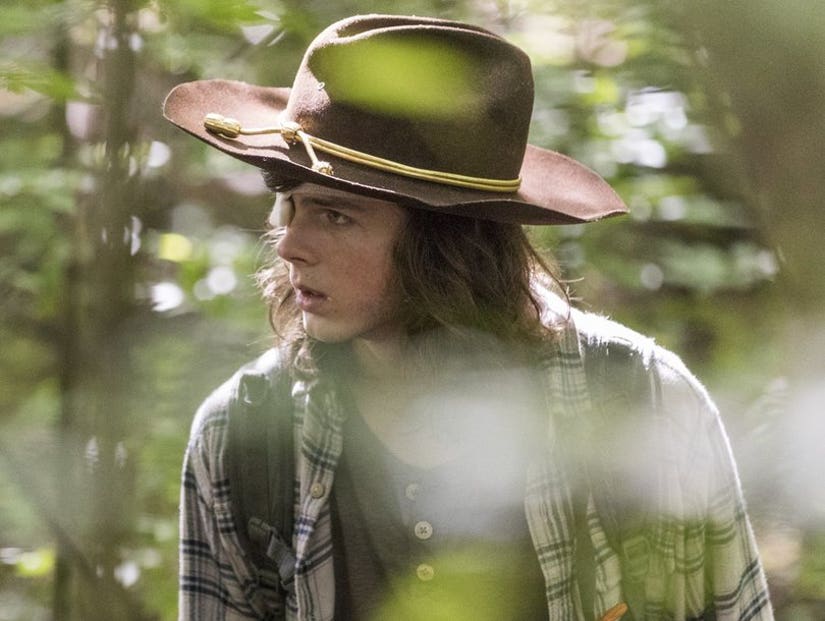 This week's installment of "The Walking Dead" moved slower than a walker stuffed on Thanksgiving dinner ... guests. Once again, the body count continues to not rise as we add another character from the source material into the sprawling saga, with Siddiq (Avi Nash). As the ratings continue to slide downward, it's time for the creative folks behind the AMC hit to look at what they're doing that might be driving people away. Aside from the torture porn of Glenn's (Steven Yeun) death, it's a whole lot of hand-wringing and nothing-doing that seems to be killing the momentum of the show twice a year, and we're in the middle of it again.

Each 16-episode season is split into 8-episode halves, so what we tend to get is a bombastic premiere followed by six episodes of fluff and then a big finale. Pause. Reset in a few months. So people might tune in for the premieres, but they quickly get bored as just nothing happens. We are literally in the middle of "All Out War" here and the most exciting thing to happen was Rosita (Christian Serratos) blowing some dude away with a rocket launcher.

Okay, that was pretty cool.

But seriously, we had Ezekiel (Khary Payton) whining, Carol (Melissa McBride) giving speeches, Rick (Andrew Lincoln) giving speeches, Carl (Chandler Riggs) going recruiting ... and giving speeches, and Jesus (Tom Payne) still arguing with Maggie (Lauren Cohan) about what to do with the prisoners. We're ready to go in there and feed them to the walkers just so the storylines can move on already.

Basically, we had the exciting premiere and then it's all about spending hours and hours and hours setting up the mid-season finale. So no one dies and nothing happens. Again. But if they're not going to kill anyone, we're going to keep lining them up for the slaughter. Maybe they'll all get mowed down in that finale and we'll get our Christmas wish that this show go back to being dangerous and unpredictable. 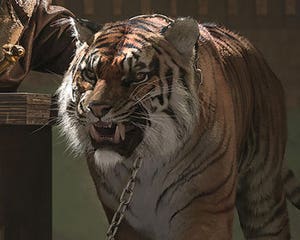 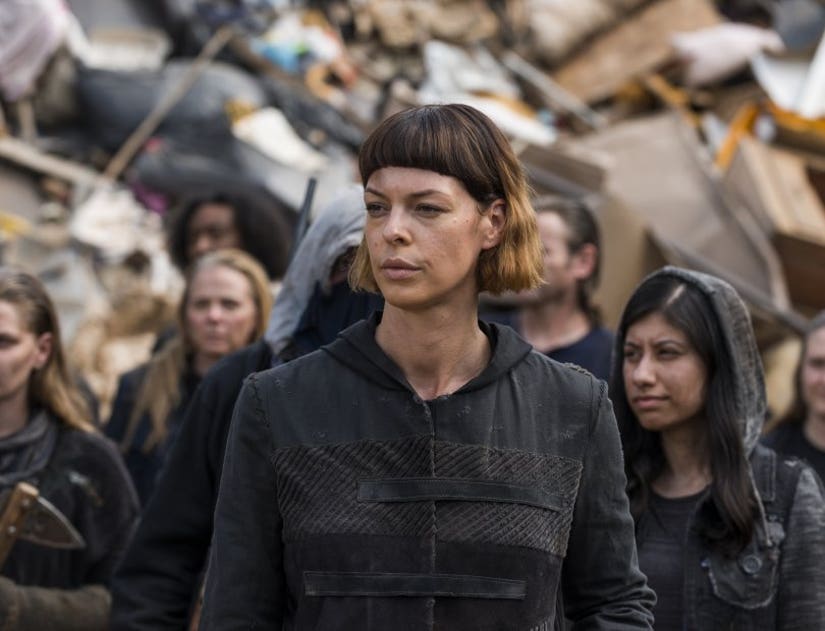 We know Jadis (Polyanna McIntosh) just showed up again, but we're already over it and her. She betrayed Rick and Alexandria once before to Negan and she would totally do it again. If Jesus wants proof that his alliance is better than the Saviors on the moral ground, then this move proves it. Negan (Jeffrey Dean Morgan) would have just marched into Jadis' trash kingdom and killed them all while she was sculpting in the nude.

Rick probably should have. Instead, he came waltzing in all by his lonesome and gave an ultimatum: join with the Kingdom, Hilltop and Alexandria, or be destroyed. Jadish quickly chose the latter and decided that Rick's clothes were far too restricting so she stripped him down before throwing him in a storage container. Her minimalist speech patterns and nudist lifestyle are weird, but they're not the real problem.

The real problem is she's kind of an awful person leading a group of awful people. She's opportunistic and totally selfish in her motivations. She is the antithesis of what Rick is trying to build, and so long as she remains alive, she's going to be Gregory's (Xander Berkeley) proverbial "wolf in the henhouse" you can't keep your eye off of.

Plus, do you really want your new society to be made up of Ezekiel's beautiful Kingdom, Maggie's bountiful Hilltop, Rick's idyllic Alexandria, and a place with a bunch of trash piled up all over the place? That's gonna look lovely on the brochures. 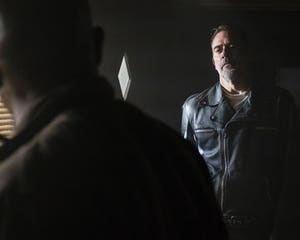 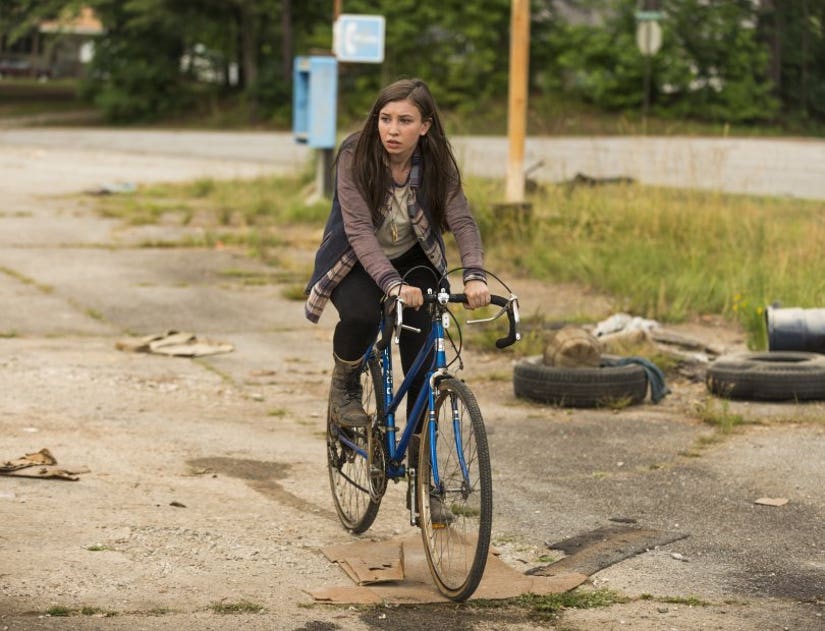 With Michonne (Danai Gurira) and Rosita heading out to the Sanctuary while injured and Maggie tossing Gregory in with the Savior prisoners, there are plenty of people sitting in tough situations right now, but we're going to go out on a limb and say that one impulsive decision may just do it for one of our younger survivors.

After losing Eric (Jordan Woods-Robinson) and dealing with the prisoners and Gregory at the Hilltop, Aaron (Ross Marquand) is more motivated than ever to get back out there and help Rick finish things with the Saviors. But he's not the only one, as sweet, innocent Enid (Katelyn Nacon) comes running after him. The smartest thing he could do would be to leave without her, but Aaron is a man of honor and character ... which could spell her doom.

Despite surviving this long, Enid isn't really that adept at taking care of herself or handling walkers in the wild. Carl has had to save her multiple times, and in the time we've known her she's been mostly behind walls somewhere or under someone else's protection. Sure, Aaron will be there this time but we're talking about entering into a warzone with a kid who's more of an "indoor girl." 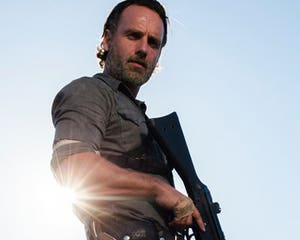 Plus, Enid is a sweet kid and someone Carl has grown attached to, meaning her death would serve as a catalyst for a more central character's storyline and the writers love to push their favorite characters forward dramatically by killing those closest to them. Plus, as Enid has drifted more and more out of Carl's story, she's become a somewhat disposable character, walking around behind Maggie, cooking for her and fretting over her pregnancy, but not much else.

With no storylines of her own and nothing really to do anymore on the show, Enid has become an easy target for writers who don't have the courage to kill anyone major. She's been around a few seasons, so people will care, right? We'll send her into a zombie herd and a war. Yeah, that's not looking promising at all.

There are only two more episodes left before the mid-season finale of "The Walking Dead," Sundays at 9 p.m. ET on AMC. 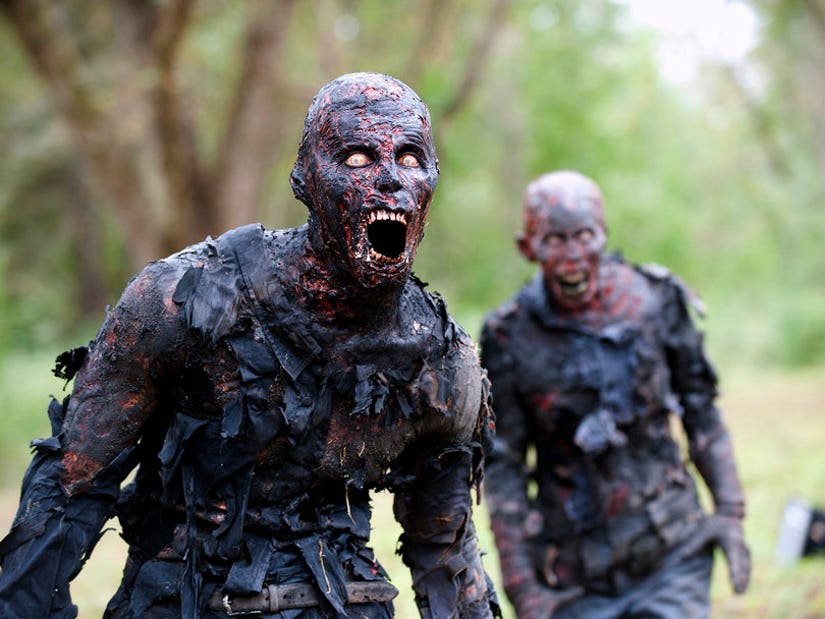