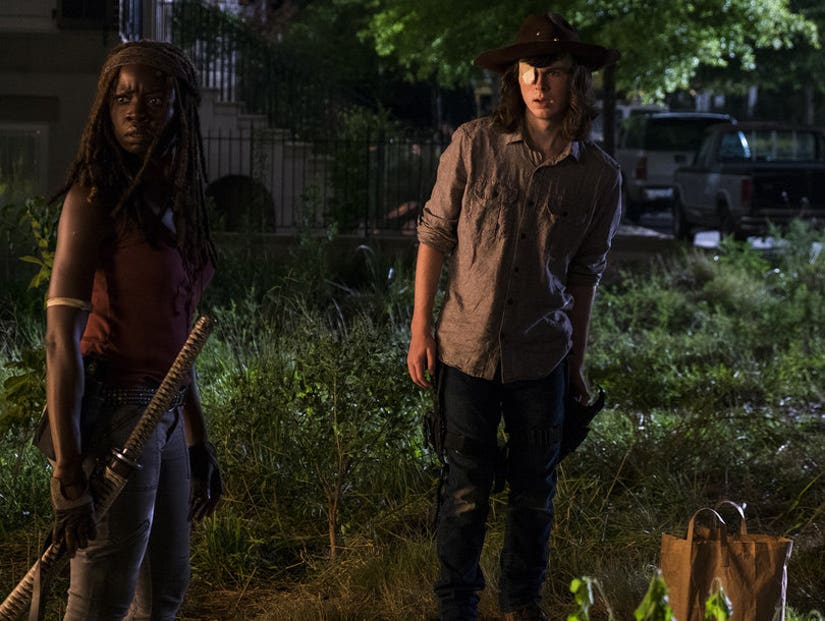 "The Walking Dead" took a major deviation from the comic books with its winter finale, setting up the death of a major player who is still very much alive in the source material.

That's right, good 'ol Carl Grimes revealed he was bitten by a walker at the very end of Sunday's episode and while we didn't see him die just yet, actor Chandler Riggs confirmed the first episode back in February will be his last.

But if you were shocked by the move, Riggs said he was just as surprised to learn his character's fate. 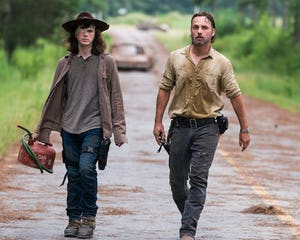 "It was devastating for me and my family because the show has been such a huge part of my life for so long. For a few days, we didn't know what to do; I just bought a house in Senoia [near where the show films in Georgia]. That was a big deal that I wouldn't be on anymore," he told The Hollywood Reporter. "I decided that I wanted to not go to college for at least a year and move to L.A. and focus on acting and music. It ended up being a great thing because now I get to do all kinds of other stuff that I haven't been able to do in the last eight years."

"Leaving Walking Dead wasn't my decision," he continued. "It was all story related. It made sense story-wise for it to happen for Rick and Michonne and all the other characters."

Though he added he "didn't expect for Carl to ever get killed off," Riggs kept reiterating he thought it was still a good move for the show. "It was quite the shocker for me, [Andrew Lincoln] and everyone because I don't think anyone saw it coming," he said, "it's definitely not a bad thing because it has been awesome being on the show but now I get to go and do a lot of other stuff that I haven't gotten to do before." 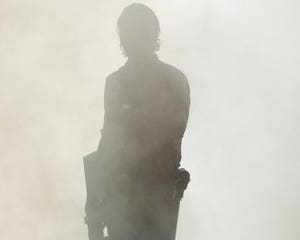 While he was pretty diplomatic in his exit interview, the actor's father, William Riggs, lashed out at showrunner Scott Gimple on the Facebook page for the "zombie road trip" tour of filming locations he runs in Georgia.

"Watching Gimple fire my son 2 weeks before his 18th birthday after telling him they wanted him for the next 3 years was disappointing. I never trusted Gimple or AMC but Chandler did. I know how much it hurt him. But we do absolutely know how lucky we have been to be a part of it all and appreciate all the love from fans all these years!

Reps for Riggs or the show weren't immediately available for comment.