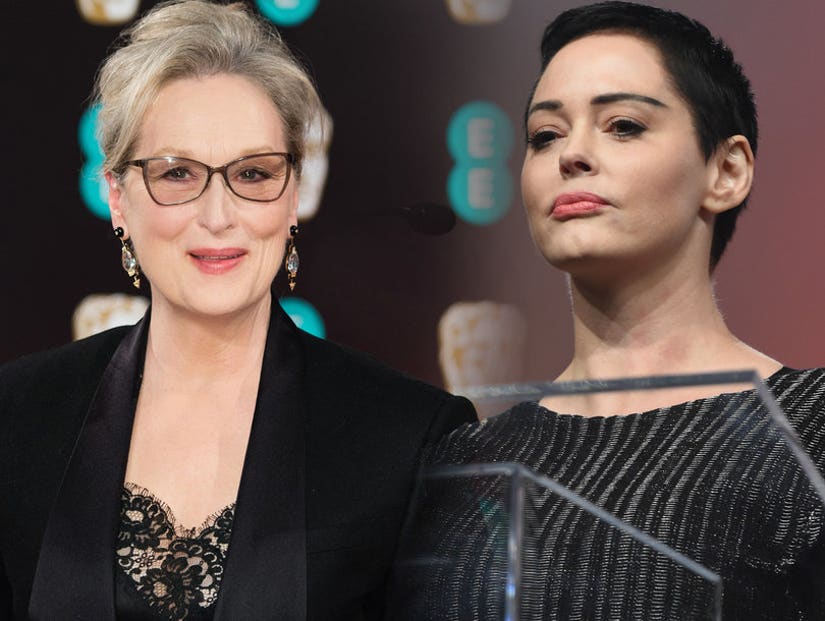 Meryl Streep is trying to squash Rose McGowan's beef with her, after the "Scream" star called out the Oscar-winner for working with Harvey Weinstein.

In a since-deleted tweet over the weekend, McGowan criticized those who plan to protest sexual harassment and abuse in Hollywood by wearing black to the Golden Globe Awards. "Actresses, like Meryl Streep, who happily worked for The Pig Monster, are wearing black @GoldenGlobes in a silent protest," she wrote. "YOUR SILENCE is THE problem. You'll accept a fake award breathlessly & affect no real change. I despise your hypocrisy. Maybe you should all wear Marchesa." 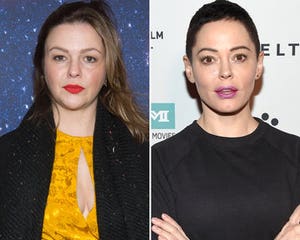 Streep responded to McGowan's tweet in a lengthy letter to The Huffington Post on Monday, saying "it hurt to be attacked by" by the actress while reiterating that she "did not know about Weinstein's crimes."

"Rose assumed and broadcast something untrue about me, and I wanted to let her know the truth. Through friends who know her, I got my home phone number to her the minute I read the headlines. I sat by that phone all day yesterday and this morning, hoping to express both my deep respect for her and others' bravery in exposing the monsters among us, and my sympathy for the untold, ongoing pain she suffers," added Streep. 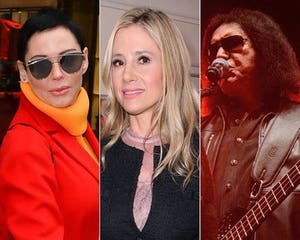 According to Meryl, she still hasn't heard from her.

"I am truly sorry she sees me as an adversary, because we are both, together with all the women in our business, standing in defiance of the same implacable foe: a status quo that wants so badly to return to the bad old days, the old ways where women were used, abused and refused entry into the decision-making, top levels of the industry," Streep added in closing. "That's where the cover-ups convene. Those rooms must be disinfected, and integrated, before anything even begins to change."

McGowan previously called out Streep earlier this month, after Meryl said Weinstein's actions were a "gargantuan example of disrespect." At the time, Rose tweeted, "No, Meryl, IT'S A F--KING CRIME. You are such a lie."

The Marchesa line was beneath me and I'm sorry for that. Seeing that picture of Alyssa Milano with GC has ignited something in me that I can't quite articulate. There is no map for this road I'm on, I will fuck up. Peace be with you, go with Goddess.