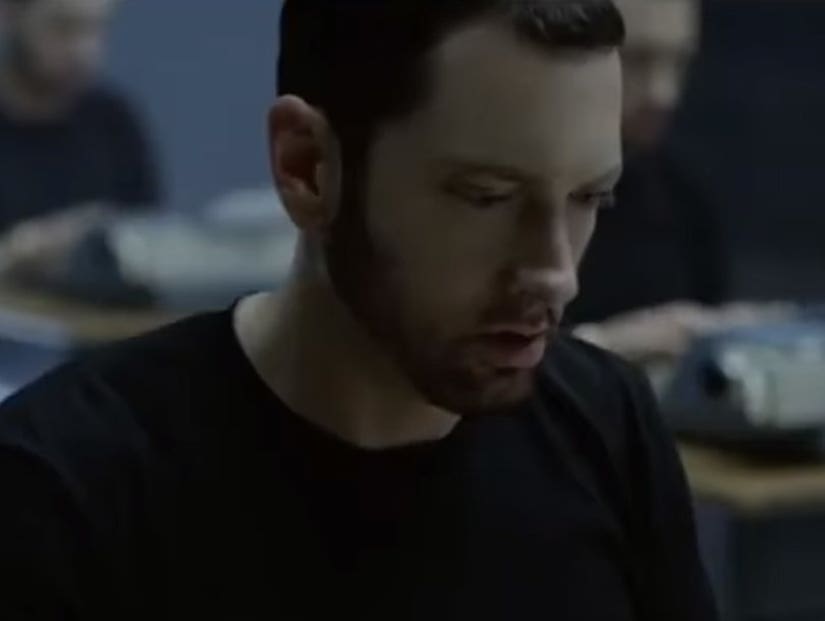 Eminem "ain't no Jesus" in his new video for "Walk on Water." 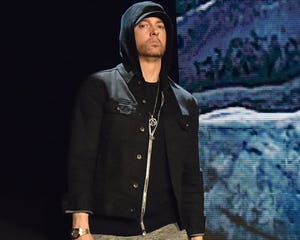 In the video, the rapper can be seen in a dark room in front of a mic stand. Em takes a seat in a classroom full of his clones, all typing away on old type writers.

Imagine Borel's "infinite monkey theory," which basically says that a monkey can bang away at a keyboard forever and eventually he will type something coherent.

The video ends with one of the Eminem clones typing the lyrics to "Stan," the rapper's smash hit from 2000. 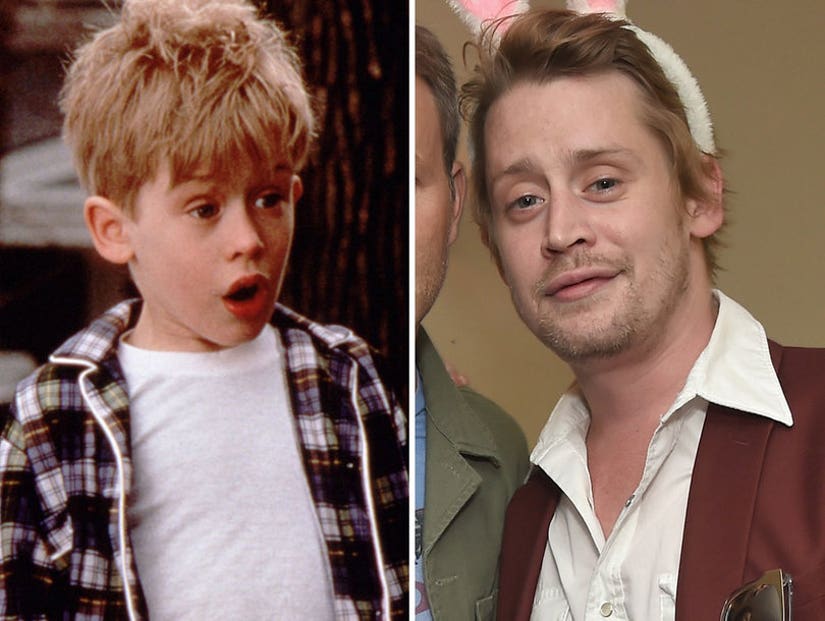