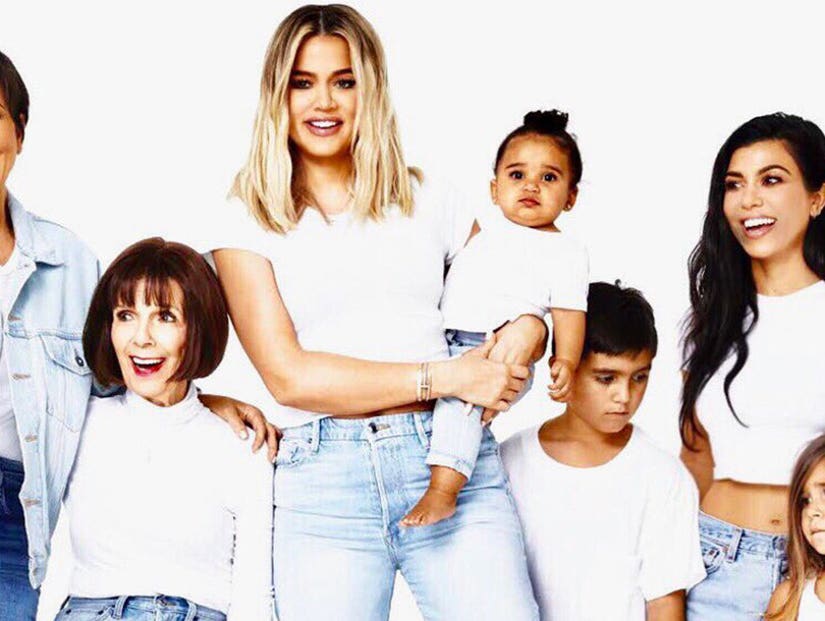 After turning it into an advent calendar celebration throughout December that left more than a few heads scratching, the Kardashians finally revealed their final Christmas card, and it was ... unexpected.

After all the bits and pieces we saw throughout the month, we were certain there would be six or seven copies of Saint and North running around, while Kim Kardashian would be absolutely everywhere. We saw Kim and Kanye West over and over again, though admittedly it was Kim's Instagram revealing most of these, and yet the couple wasn't even together in the final image. 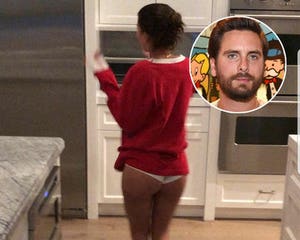 At one point, we convinced ourselves that the Christmas card had to be a video, as we saw all the kids running around everywhere, and we kept seeing the same people over and over again. Now that it's out, though, we know we were just seeing outtakes from the shoot. But if those were the outtakes, we have even more questions now.

How Is Kanye There, But Not There?

We know he was there, and he was even dressed up in white like the rest of the family, but Mr. Kim Kardashian was nowhere to be seen in the final shoot, unless he was hiding behind Kim's butt or something. Why show us various shots of him smiling and playing with his kids if he's not in the final shot. Do you not understand how life-changing those moments were? Kanye knows how to smile?!

But maybe that was the problem. Kanye saw that he actually looked happy in the photos and so he nixed his involvement and went and sat in the corner. Seeing Kanye smile with his children was the highlight of the slo-o-o-o-o-ow reveal for this year's card, so we're just going to have to go back and look at that outtake of Kanye holding up North, as the family clearly didn't share our love.

Where Is Kylie and Her (Supposed) Baby Bump?

The biggest question of the month revolved around Kylie Jenner. Speculation has run rampant that the youngest of the clan is pregnant, and as December drug on, more and more people became convinced that this Christmas card would be the way the family finally revealed the big news. They even spoiled that Khloe was pregnant a few days early to let the impending Kylie reveal stand alone. But it didn't happen. Not only did we not get the reveal, we didn't get Kylie at all.

Is she self-conscious about her pregnant body? That's no excuse. Like this family doesn't know how to use Photoshop? Plus, there's like a million people in this photo alone. They could have piled the children in front of her belly if she didn't want to show it. Kylie hasn't been shy about showing her face on her own social media platforms, so it's odd she sat this one out, becoming the only woman of the Kardashian clan to miss it (Caityln Jenner has been estranged virtually since her transition).

When Is a Family Not a Family?

Caityln Jenner was notably absent, but she's been absent from the Kardashians for awhile. Also missing were Kylie, Rob Kardashian and Scott Disick, though the latter is only tangentially connected these days. We get that family is what you make it, but Kylie and Rob are still a part of the family and their TV storylines, so their absences are both jarring and glaring.

Years down the road, the family will look back at this picture, and what will they think? Kylie wasn't a part of this past year, when she's arguably become the new face of the franchise. Suddenly we're picturing that same dark corner Kanye was hiding in so no one could see his smile filled with all the Kardashian cast-offs, blinded by the light as the flash photography flares off of all those white shirts.

Christmas is a time for joy and happiness, not retinal burns and scarring. We were already warned this past year not to look directly at the eclipse, and here come the Kardashians with the most blindingly white image we could possibly imagine.

We're not sure where their bodies end and the white expanse of nothingness they're trapped in begins. Or maybe that's what's really going on. Maybe they family is trapped in a horrific white void and only Kylie can save them. Kanye escaped at the last minute and he's going to help her in the rescue mission. Only the power of her baby bump can penetrated the colorless void!

Man, the next season of "Keeping Up With the Kardashians" is going to be so exciting! 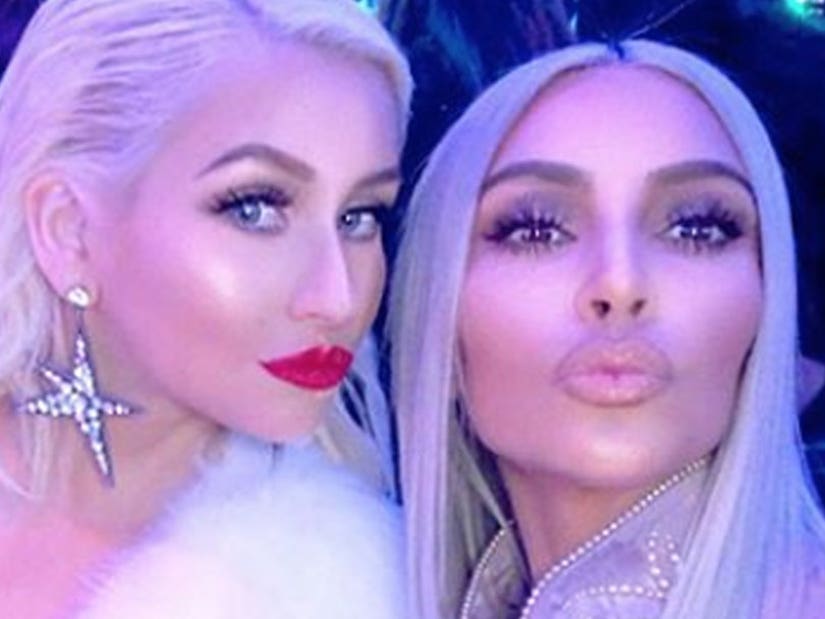