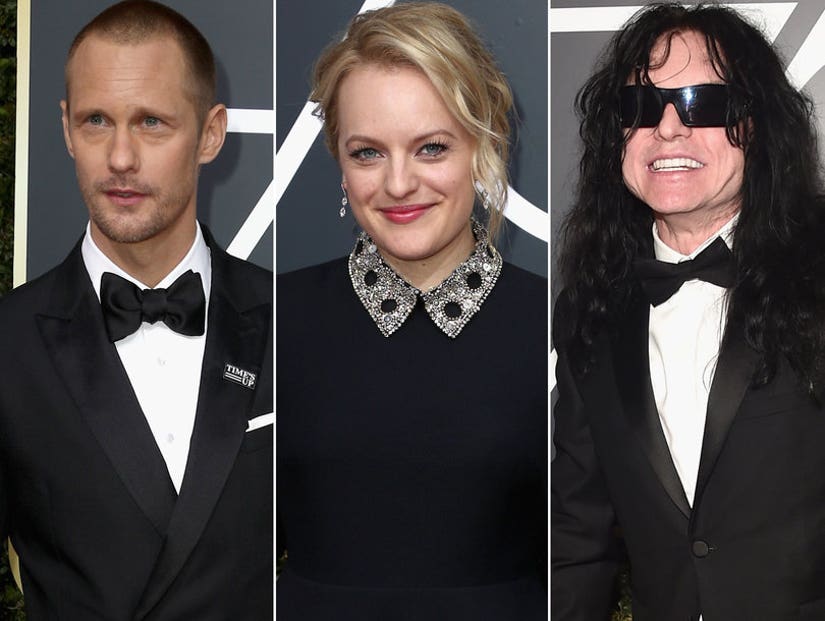 The 75th Annual Golden Globe Awards were incredibly entertaining from start to finish on Sunday night.

From Seth Meyers' hilarious and #MeToo heavy opening monologue to Oprah's incredible speech while accepting the Cecil B. DeMille honorary award for her incredible career, there was a lot to love -- but of course Twitter found a lot to complain about, too. 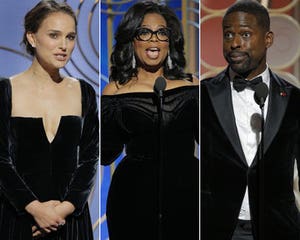 Viewers called out Elisabeth Moss for some "Handmaids" hypocrisy, applauded Sterling K. Brown's powerful acceptance speech, called out Alexander Skarsgard for not saying enough in his speech, laughed at Tommy Wiseau, and piled on Tonya Harding.

Here are six times Twitter freaked out during the Golden Globes.

Scientology critics piled on "hypocritical" Moss after she dedicated her Golden Globe for Best Actress in a TV Series, Drama to "The Handmaids Tale" author Margaret Atwood.

"Margaret Atwood this is for you and all of the women who came before you and after you who were brave enough to speak out against intolerance and injustice and to fight for equality and freedom in this world," Moss said. "We no longer live in the blank white spaces at the edges of print. We no longer live in the gaps between the stories. We are story in print, and we are writing the story ourselves. Thank you."

The problem, in many peoples' eyes, is that Moss is part of a religion that is often criticized for silencing women.

Elizabeth Moss is a Scientologist, a religion that actively silences women (see: Danny Masterson) while covering up their own faults, and they aggressively go after those who dare speak up against them. But, she's wearing black in support of #TimesUp . So... ??? #GoldenGlobes

I like Elizabeth Moss's speech, but she belongs to a repressive cult doing the things she's railing against.

Elizabeth Moss is full of shit. As a Scientologist she does not believe a WORD of her own speech. #GoldenGlobes 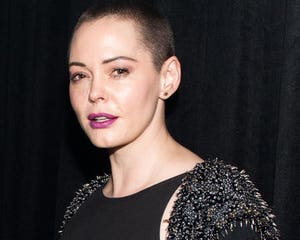 Brown was applauded on Twitter Sunday night after he made a special shoutout to "This Is Us" creator Dan Fogelman for writing a meaningful, essential role for a black man on TV.

"Throughout the majority of my career, I have benefited from colorblind casting, which means, you know what, hey, let's through a brother in this role. Right? It's always really cool," he said. "But Dan Fogelman, you wrote a role for a black man. Like, that could only be played by a black man. And so, what I appreciate so much about this thing is that I am being seen for who I am and being appreciated for who I am. And it makes it that much more difficult to dismiss me or dismiss anybody who looks like me."

Brown won a Golden Globe for Best Actor in a TV Series, Drama, making him the first African-American to win in the category.

STERLING K. BROWN IS A NATIONAL TREASURE AND THERE SHOULD BE MONUMENTS ERECTED IN HIS HONOR ACROSS THE COUNTRY. #GoldenGlobes

Sterling K. Brown is so genuine. His speech perfectly summed up the importance of having roles written for people of color #GoldenGlobes pic.twitter.com/eTZQMrqXWf

How do we fix it so that Sterling K Brown and Viola Davis win all the awards? Because their speeches always leave me breathless and inspired. #GoldenGlobes

After 75 years Sterling K. Brown is the first African American man to win the Golden Globe for best actor in a TV series. #GoldenGlobes 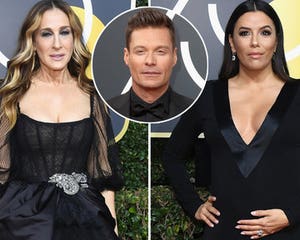 No Love for Alexander Skarsgard's Speech

Skarsgard won a Golden Globe for Best Supporting Actor in a Series, Mini-Series or TV Movie, and thanked Nicole Kidman for the "best experience of his career," rather than mentioning the coordinated #TimesUp campaign that dominated the night on the red carpet and even on stage during the show.

"I am here tonight because I had a privilege of working with a group of extraordinarily talented women. Most of them are in this room tonight," he said. "Our extraordinary cast, we're all here. Especially Nicole. Hi. Not that you're, like, more talented than the other girls. Especially Nicole because most of my scenes were with Nicole. You guys are amazing. Nicole, I love you. Thank you for making this the greatest experience of my career."

Twitter was so outraged that the actor didn't condemn gender inequality or sexual abuse since his "Big Little Lies" character was a wife beater and a rapist.

Given that he played a rapist/abuser in #BigLittleLies, would've liked to have seen Skarsgard at least mention #TimesUp or #MeToo or the ilk in his speech.

the #timesup at the emmy's is just upsetting. the irony of the emmy's being devoted to sexual assult and alexander skarsgard, who played an abusive/rapist on big little lies fails to address the elephant in the room

Alexander Skarsgard just won for playing a domestic abuser. Sam Rockwell won for playing a violent man. Neither of them felt compelled to make a statement against male violence in that moment. #GoldenGlobes #TimesUp

Alexander Skarsgard ... wow. What a wasted opportunity. Wow. Why were you even wearing the #timesup pin?!?! 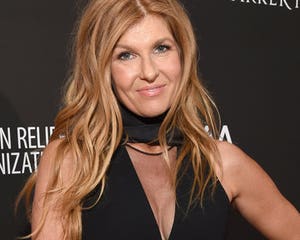 Although James Franco honored his promise to bring Wiseau as his guest to the Golden Globes, Franco never swore he would let Wiseau speak if he won the Golden Globe for his portrayal of "The Room" writer, director and star.

While Franco was thanking his friends and family for their support in winning best actor in a motion picture, comedy or musical, Wiseau tried to grab the mic from Franco to make a speech of his own.

TOMMY WISEAU TRYING TO STEAL THE MIC FROM JAMES FRANCO IS THE MOST TOMMY WISEAU THING pic.twitter.com/91yWNcwHrS

James Franco stopping Tommy Wiseau from talking into a live mic during the #GoldenGlobes has robbed us of the best moment in entertainment that 2018 could have possibly offered.

Give it up for Tommy Wiseau for immediately trying to take the mic pic.twitter.com/OFQYSlchqc

Tommy Wiseau trying to steal the microphone during James Franco's acceptance speech is my favorite moment of 2018 so far. #GoldenGlobes pic.twitter.com/t5nmfYQKXi

Tommy Wiseau is on stage at the #GoldenGlobes pic.twitter.com/3X1LCjka7c 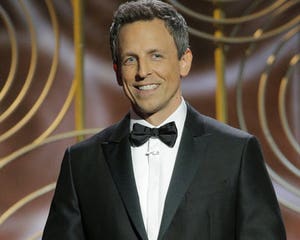 Does Nancy Kerrigan Get An Award?

Harding attended the Golden Globes nominee "I, Tonya" chronicled her life, which infamously went downhill after her husband accidentally hired a hit man to whack top competitor Nancy Kerrigan before the Olympics.

After Harding got a round of applause, Twitter started fuming because viewers considered the moment a slap in the face to Kerrigan.

"Imagine telling Nancy Kerrigan in 1994 her story would be nominated for 'best comedy,'" one person tweeted to illustrate their point.

I mean, somebody should thank NANCY KERRIGAN

I'm sorry, but I remember the whole Tonya Harding thing very clearly. She was a sore loser and criminally involved in an attack on one of her competitors. She's a disgrace to athletes, and it has nothing to do with her rank in society. #goldenglobes

Did Tonya Harding just get applause at the Golden Globes? But like.... we remember that she had a man beat Nancy Kerrigan with a baton to cheat in her sport? Right? Just me? #GoldenGlobes

do you think nancy kerrigan is somewhere right now like wtf 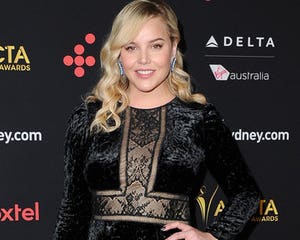 Twitter was already outraged that Greta Gerwig wasn't nominated for Best Director since "Lady Bird" had the highest Rotten Tomatoes rating of all time, and Portman didn't hold back when presenting the award for the category.

"And here are the all-male nominees," she said, prompting Twitter to go wild.

@goldenglobes #NataliePortman 's comment before announcing nominees for Best Director was tacky & completely denigrated the accomplishments of these filmmakers. I don't believe that to raise women up we need to attack men. We're all in this together. #GoldenGlobes #BestDirector

The faces of all the male directors after #Natalieportman went off promptor...”here are the all male nominees...” #goldenglobes pic.twitter.com/60km4L8xdZ 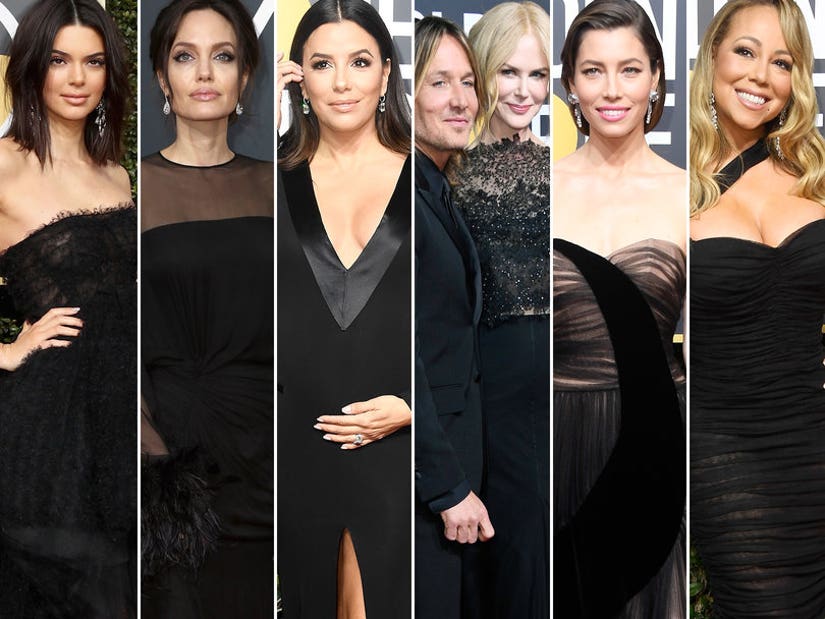