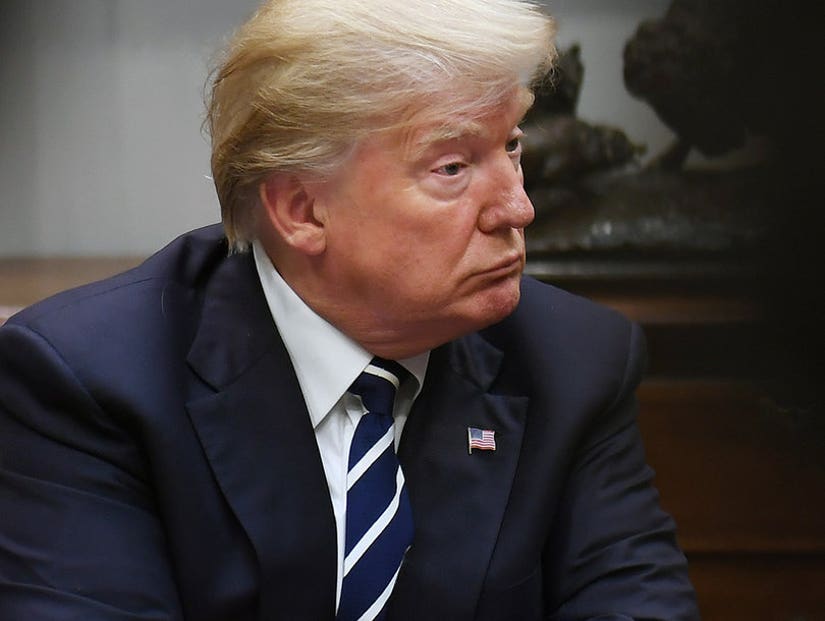 President Trump set off Twitter again on Thursday, after a report from The Washington Post accused him of referring to Haiti, El Salvador and African nations as "shithole countries" in a meeting with senators at the White House.

According to WaPo, the group was discussing immigration and visa lottery system when Trump asked why the United States would want immigrants "from all these shithole countries" instead of countries like Norway.

The White House didn't exactly deny the comments in a statement released after the Post's story went up. "Certain Washington politicians choose to fight for foreign countries, but President Trump will always fight for the American people," White House Deputy Press Secretary Raj Shah said. "He will always reject temporary, weak and dangerous stopgap measures that threaten the lives of hardworking Americans, and undercut immigrants who seek a better life in the United States through a legal pathway."

Stars quickly hit up Twitter to express their anger and disappointment over Trump's words:

He is not fit to serve as the President of the United States. It's not really a debate at this point. It could not be more obvious.

How is he allowed to talk to us this way?!! Are there no more moral and ethical codes left in America since he took office! https://t.co/hf33X8NtZj

The staue of liberty where #trump's grandparents immigrated through doesn't say, “send me your whites only from Norway not from those shithole countries.”

Fuck this corrupted, amoral dunce fuck and everything his ignorance tries to validate. His White House press release spelled Norway 'Normay.' So much for white 'supremacy.' https://t.co/9rUsDDkwva

Why would people from Norway want to immigrate here? They have actual health care, and longer life expectancy.

Trump probably thinks “his base” approves of that language. My guess is that most are disgusted by it.

I was on a flight without wifi for 3 hrs. Land and immediately read Trump reportedly opened his pie-hole to insult immigrants...again.
I can't with this freaking troglodyte. Just can't.
https://t.co/yx8v4ErgH3

Congratulations to everyone who had "SHITHOLE COUNTRIES" in your Racist President Bingo card!

Trump Alarms Lawmakers With Disparaging Words for Haiti and Africa via @NYTimes https://t.co/Dpd79MLwGK

I wonder what the underlying logic is. Can't quite put my finger on it. https://t.co/Xr3wHoKIc8

I for one love Haiti, the second republic (1804) in this hemisphere, a founding member of the United Nations, the Pearl of the Antilles. I love the people, their artistry, their indomitable spirit. Haiti, mon amour.

Beyond the gigantic racist puke that Trump is espousing, theres a further irony; Norway is a welfare state. It goes WAY out of its way to look after its poorest & most in need. It taxes them to do it, & its citizens expect it, except it & believe its right thing to do.

Can't wait until we get rid of this shithole president.

When I was in West Africa last year, a man said, "your President hates me."
I wanted to tell him he was wrong.
Instead I just dropped my head in shame. https://t.co/MQQzV8rx83

This coming from a shithole human with shithole friends and shittier holed family! https://t.co/gMC7nX8qNt