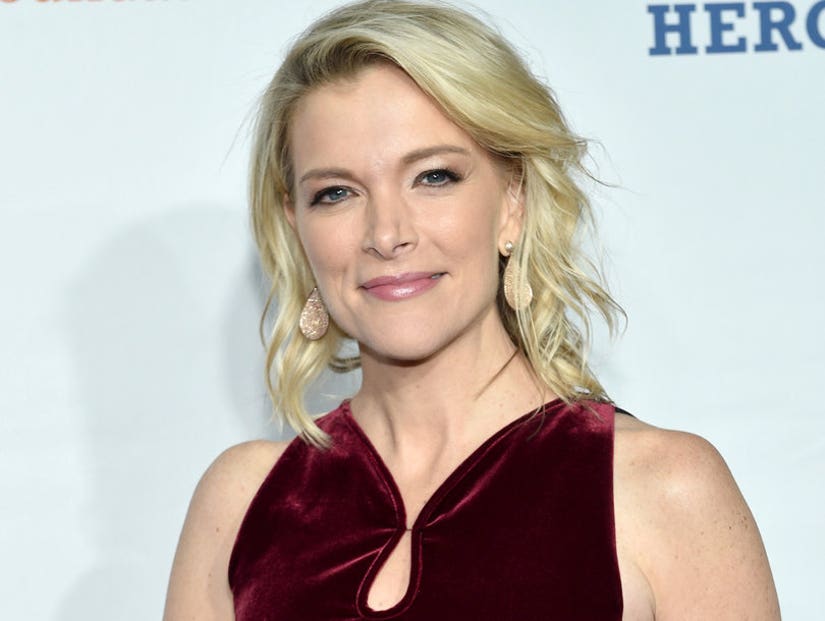 "The View" co-host Meghan McCain was among the chorus of women calling out Megyn Kelly after she suggest some fat-shaming is OK.

Kelly's comments came as she interviewed fitness blogger Maria Kang on Thursday's episode of her talk show. Kang went viral in 2013 after posting a photo of her shredded stomach and her three young children with the caption "What's Your Excuse?" She was accused of mom-shaming other mothers at the time and just recently recreated the photo.

"You should parlay the shaming thing into a professional business," Kelly told Kang during her appearance on the show. "Some of us want to be shamed! When I was in law school, I was gaining weight, I said to my stepfather, 'If you see me going into that kitchen one more time, you say, 'Where you going, fat ass?' And it works!"

That didn't sit well with many who caught the segment at home, including McCain.

"I was publicly fat shammed [sic] early on in my career and it sent me to therapy," she said, re-tweeting an article about Kelly's comments. "Trust me, there are real life ramifications for fat shaming of any kind, it is NEVER acceptable. We should be fostering a healthy culture that celebrates all women of all sizes."

Meghan wasn't alone in her disappointment -- see more reactions below:

Turned on the Today Show to catch @megynkelly share her dieting hack: FATHER-IN-LAW holds her accountable by saying “Where you going, FATASS??!” when he sees her heading into the kitchen. Genius!

@NBCNews why do you give this woman a daily platform with @MegynTODAY? She's the worst.

Megyn Kelly: Some women want to be fat-shamed https://t.co/Mml33JWkl2 via @nypost

womankind would like to trade Megyn Kelly for Neil Patrick Harris thanks https://t.co/3lXVOs1105

Ugh. Those same words caused me to have an eating disorder that nearly killed me. Such a stupid and dangerous thing to say. @megynkelly

Sorry @megynkelly but NO woman I know wants to be #fatshamed . Shame on you for promoting such nonsense! 🙅🏽‍♀️ not here for it. Here to promote WOMEN EMPOWERMENT 🙋🏽‍♀️ https://t.co/H2KpOto0ZU

What's wrong with this chick @megynkelly!!! Young Women have committed suicide from being shamed for being “fat!!” I hope you become journalist shamed and lose your job. Sorry Meghan, but this is a horrible way of thinking

Umm, @megynkelly has just increased her creepy factor by 100x. She makes me nauscious as it is but yeah, creepier.

@NBCNews @TODAYshow you keep megyn kelly on air, we will keep boycotting. Too bad, because many of your other hosts are great https://t.co/SkNJCJ9qsv

Megyn Kelly says was in law school, she asked her step dad to "fat shame" when she wanted to eat. "It worked!" she says. Yea, let's encourage that.
Really dumb Megyn. @LoriJulia

Reason #125 why you'll NEVER get me to watch Megyn Kelly on NBC(or anywhere else for that matter). https://t.co/0yjga764Wt

Wow. @megynkelly you sound like a DUMB ASS. Will that help you become smarter? 🙄🙄 https://t.co/W7kqrSTpNh

Your reminder today that Megyn Kelly is still a terrible person. https://t.co/SVSFLr6WDM

Proof that @megynkelly is an unlikeable, nasty, screw loose kinda bish. I haven't watched the @TODAYshow even once since she was hired. Here everyone is w the momentum to put an end to shaming culture & this twat is out there saying this crap. She disgusts me, to say the least. https://t.co/oVSqZg8J5p