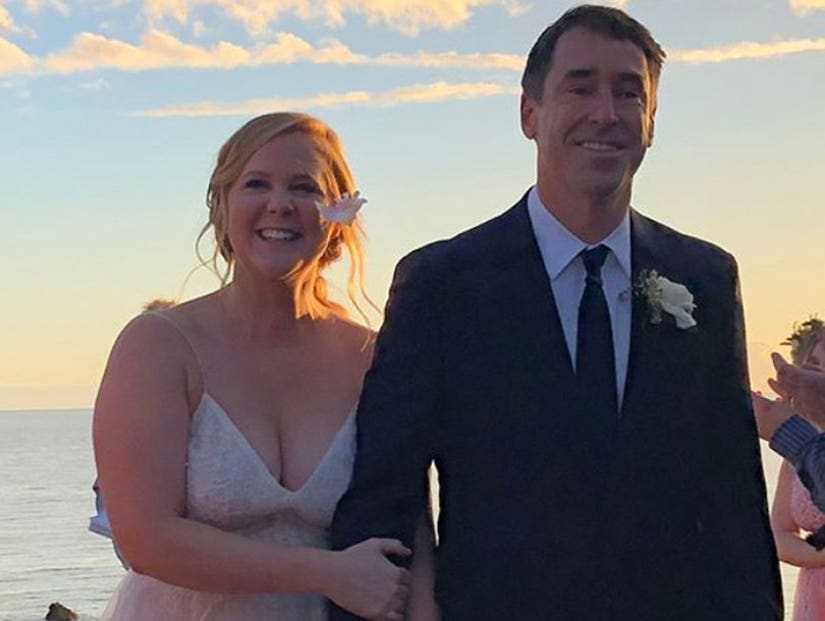 Amy Schumer didn't give fans a second to blink after she made her relationship with Chris Fischer Instagram official just three days ago. In a very Oh, btw guys manner, Schumer dropped another social media bomb Thursday -- revealing she and her boyfriend of just a few months tied the knot in Malibu on Tuesday.

So, who is her new hubby? TooFab went into sleuth mode to learn more about Amy's other half -- here's what we found:

Fischer once worked under chef Mario Batali in New York City, who he met through Jake Gyllenhaal.

He also worked with April Bloomfield at NYC's Babbo and Alice Waters for the Rome Sustainable Food Project in Italy. His resume extends to positions at the St. John Bread and Wine and The River Café in London, the American Academy in Rome and as a private chef in California.

Fischer eventually returned to Martha's Vineyard in 2007 after his mother passed away because -- as he told The Boston Globe -- he was broke. It's there he got into the kitchens at both Beach Plum Inn and The Covington Restaurant.

He's Also Got a Cookbook

In 2015 he released "The Beetlebung Farm Cookbook: A Year of Cooking on Martha's Vineyard", described on Amazon as a "heartfelt declaration of a new American way of food, celebrating a year of cooking and farming on the island of Martha's Vineyard."

The book received the 2016 James Beard Award for American Cooking and recommendations from Bon Appetit.

He's a Farmer Too!

Fischer lived and toiled away on Beetlebung Farm in his childhood hometown of Chilmark on Martha's Vineyard, an island off the coast of Massachusetts. His 102-year-old grandmother owns the farm, and the island on which it sits holds 12 generations' worth of history among Fischer's family.

Need to see it for yourself? Check out Boston University Today's profile on him here, packed with photos of him at work.

His Connections to Amy

Not much is known about how Schumer and Fischer met, though there are a few links between them. The two reportedly started dating in November 2017.

There are reports the chef's sister works as Schumer's personal assistant. With Amy recently filming "I Feel Pretty" in Boston, it's possible the two first crossed paths while she was working his home state.

He's also friends with Jake Gyllenhaal, who attended the wedding and has appeared on Schumer's show, so he's a common thread between them as well.

He Didn't Knock Schumer Up

No, Tuesday's nuptials were not a shut gun wedding.

Schumer immediately knocked out nosy theories, posting this Notes screenshot right after the wedding slideshow: "No I'm not pregnant," she said.

"And no gifts but thank you for asking," Schumer continued. "Instead please consider a donation to everytown for gun safety." 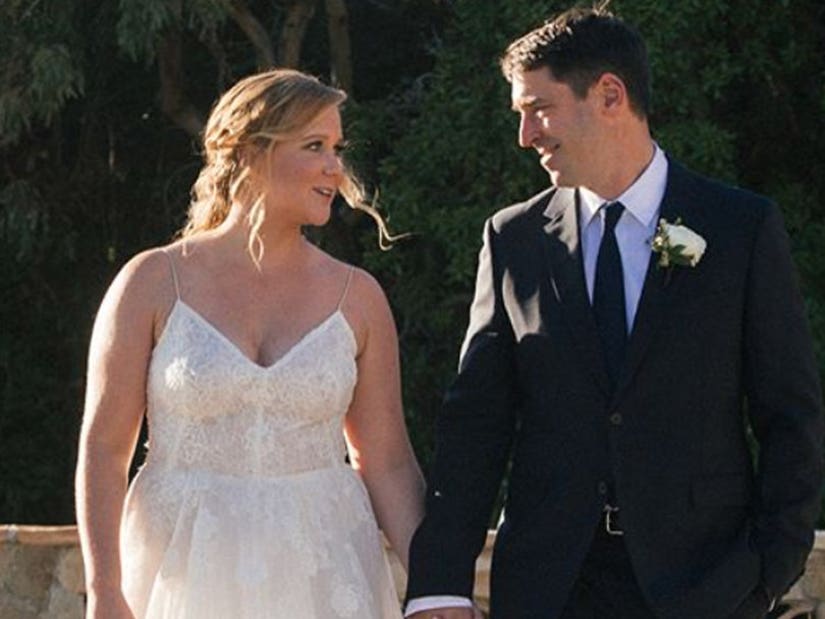