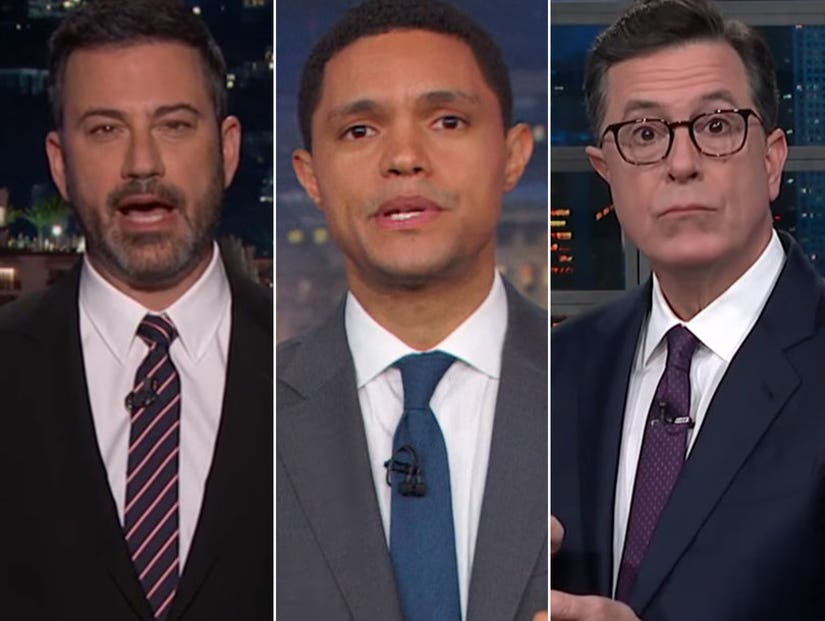 The latest counter-attack against the student survivors of the Parkland, Florida shooting is apparently to attack the students themselves. They've been called "crisis actors" brought in to propagate an anti-gun agenda, according to some conspiracy theorists, but as the theory gains momentum the disgust from late-night television is growing.

Donald Trump, Jr. shared two tweets in support of these theories, while former U.S. Representative Jack Kingston has gone on CNN multiple times to allege that it simply isn't possible for these kids to have organized a national march or be so eloquent all by themselves. "Do we really think 17-year-olds on their own are going to plan a nationwide rally?" he asked. 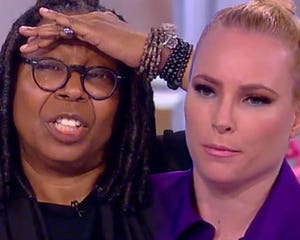 Stephen Colbert and Trevor Noah absolutely think they can. Organizing social gatherings is kind of what teenagers do. Jimmy Kimmel, meanwhile, wants these "crazy" people to really think about the accusations and hate their lobbing at teenagers who've just survived one of the worst mass shootings in our nation's history.

He then took the conspiracy theorists to task for calling the students actors. "That is wrong on a lot of levels," he said. "Not just because it diminishes the tragedy of what these kids experienced, but it also gives theater majors false hope that someday they'll get jobs."

He even dug in on Don Jr. for sharing some of these wild theories. "Well, you know what they say, the douche doesn't fall far from the bag," he joked. 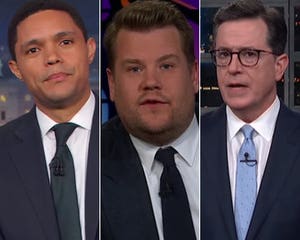 Noah found himself wondering if perhaps Kingston just didn't understand teenagers. "If this guy had seen at least one movie about high school, he would know that planning rallies is at least 30 percent of being a teenager," he said. "The other 70 percent is falling in love with vampires."

And the idea that these teens aren't capable of formulating the thought that they don't want to be shot at was ludicrous to Noah. "I'm not saying that these kids aren't getting any help from adults. But that doesn't mean it's not their idea," he said. "It's the same way that teenagers get grown-ups to help them buy booze. That's what they do. When that happens, we're not like, 'Really? Who made you wanna get crunk tonight? Who was it? Was it the Democrats?'"

He went on to say, "I honestly can't believe that this conspiracy is even a thing. Aside from everything else and how disgusting it is, have you ever met an actor? ... No actor would be able to participate in a secret conspiracy. Like, if they played Diarrhea Guy #3 in a commercial, that's how they introduce themselves at every single party." 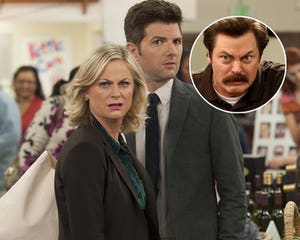 Jimmy Kimmel had a very simple and straightforward message for anyone, including Don Jr., who is buying into the story that these kids aren't students at all, but rather are actors hired to propagate some anti-gun agenda by hijacking a real tragedy and subverting it for their own political gain.

"I want you to consider this, especially if you are a Trump supporter or a member of the NRA," he said to his viewers. "Do you really think these kids, these teenagers who spoke out after a shooting at their school, are actors or a part of some kind of deep state left-wing conspiracy? If the answer is, 'Yes, I do believe that,' I have some bad news for you. You're crazy. You're a crazy person. Your brain is malfunctioning and I'm worried about it." 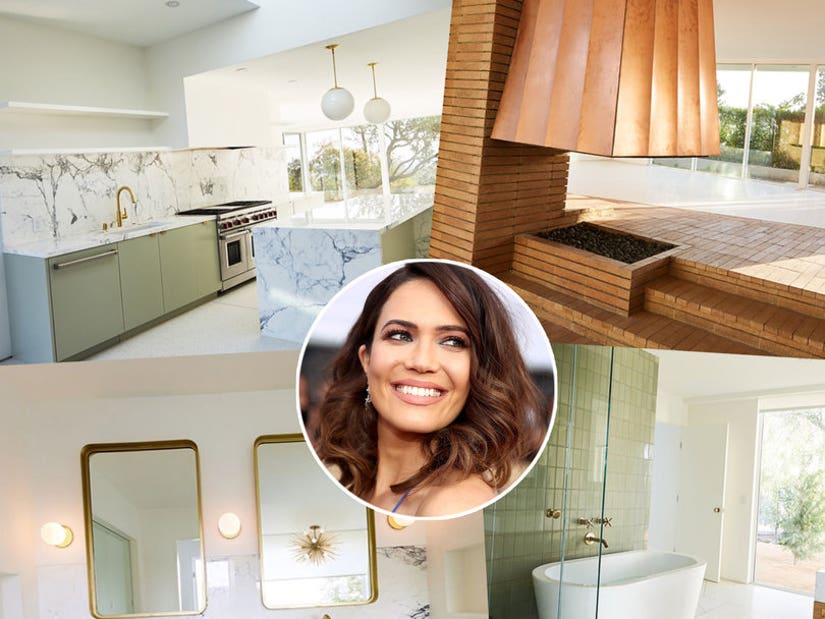