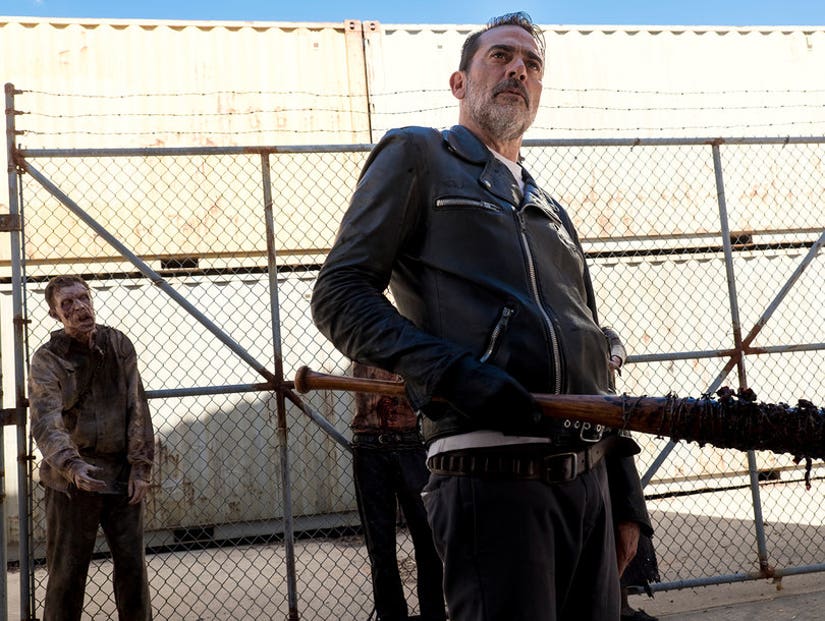 After killing off Carl and an entire community in the first two episodes of the new year, "The Walking Dead" slowed things down this week and focused on setting up some major moments to come.

Viewers jumped from the Hilltop to the Sanctuary, as well as followed Gabriel and Dr. Harlan Carson on a wacky, religious road trip as they tried to reunite with Team Rick. Along the way, Negan came up with a brilliant idea to battle the other survivors and Dwight found himself back in the Saviors' clutches.

Here's what we need to talk about from "Dead or Alive or":

Negan's Got a Plan

The Big Bad kicked off the episode telling Eugene how disappointed he was that Gabriel and Dr. Carson made a run for it. While he kept asking Eugene how something like that could happen, he did it in a way that made it seem like he already knew the mulleted wonder helped them escape. Classic Negan, right?

He then put Eugene in charge of his own outpost, where he was put to work making bullets for the Savior army. While Josh McCDermitt's character seemed pretty comfy with his new gig, he started sweating, well, bullets when Negan showed up at his outpost after recapturing Gabriel. The good father didn't narc on Eugene, however, who told Negan he'd need a few more days to have all the ammunition ready.

"That simply doesn't work for me," said Negan, who then came up with a gross (but brilliant) alternative: weaponizing walker blood. "You get a bite, something from them gets in you and you die," he explained to his followers. "What if we could use that to our advantage? Hilltop is going to learn to tow the line, dead or alive or some kinda shit in between."

By covering their weapons -- like Lucille or arrows or a number of other possibilities -- with zombie mush, they'll automatically kill anyone they touch. It's certainly more efficient than a bullet, which could just maim or injure. Anybody else surprised nobody has thought of this yet on the show? 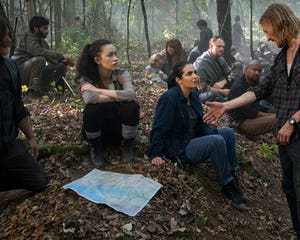 Gabriel's faith was put to the test in some extremely heavy-handed ways Sunday, and yet, he persisted.

After breaking out of the Sanctuary with Dr. Carson, their car broke down and Gabriel started going blind. Luckily, they came across a HAM radio station in the woods, which just so happened to have some antibiotics in it that the priest needed, as well as a piggy bank containing keys and a map.

All this reinforced Gabriel's idea that God had a plan for them both. "I'm letting him lead the way. I'm not saying God let us to this place, that this is some scavenger hunt, but to search for meaning," he explained. When he's able to kill a walker attacking Carson, despite barely being able to see, he added, "I think I may have had some help."

While God may be looking out for Gabriel, the same can't be said for the doctor, who was killed by Saviors after they found them in the woods.

Gabriel ends up at Eugene's outpost, where he'll have to help him make bullets. Knowing Gabriel, he'll take this as yet another sign and will probably fulfill God's plan by being the one who eventually turns Eugene back to the good side. It's this logic that also leads us to believe he'll be the next to be killed off. 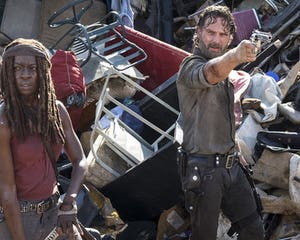 Dwight Is a Savior Once More

Despite helping out the survivors big time in their moves against Negan before the mid-season finale, a few of Rick's people are having a hard time accepting Dwight's help. Daryl doesn't trust him fully, while Tara wants to kill him ASAP, as he was the one who killed her girlfriend. RIP Denise.

Rosita, the voice of reason, said they still need Dwight's help -- and she's right. He gave them a route around the Saviors to get back to the Hilltop, but found himself being attacked by Tara as Daryl and a few others scoped out the path. While he held her at gunpoint, Dwight asked Tara, "Killing me right now, like this, what's that gonna do?" "It's gonna make me feel a helluva lot better!" she responded, pulling the trigger.

She nearly took him out, until she overheard some Saviors nearby and kept quiet. In the end, Dwight made himself known to Negan's followers to help keep Tara and the other survivors' hidden. He was able to convince them he's still on their side and made his way back to the Sanctuary.

The question here: will Eugene continue to keep Dwight's secret and/or will they ever join forces against Negan? 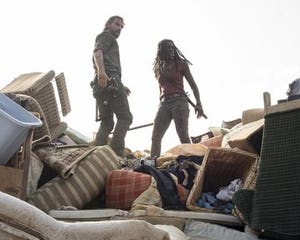 'The Walking Dead' Aftermath: Who Went Rogue and Needs to Die, Who Probably Will Instead

Back at the Hilltop, Maggie was faced with a few difficult decisions concerning what to do with the captured Saviors. You see, the entire community is running out of food, so her initial plan was to totally cut off rations to her prisoners.

The hot Savior (sorry, we don't remember his name, but you know who we mean) made a plea of time outside their pen for "good behavior" and told her they don't have to be the enemy. Though Maggie wasn't hearing it at first, she eventually changed her mind by episode's end.

Why? Well, Daryl eventually made it back to Hilltop and filled everyone in on Carl's death. It was a heartbreaking montage, with Enid and Maggie falling to their knees to console each other. With the knowledge Rick's son died trying to save people, and Siddiq proving all outsiders aren't evil by offering to help, Maggie eased on her captives.

Carl's death also helped Morgan and Carol agree on whether to tell Henry who killed his brother. While Morgan initially wanted to tell him it was Jared -- who's still alive and being held at the Hilltop -- he ultimately saw that living with all that anger wouldn't do the kid any good, and instead said it was Gavin, who Henry had already killed.

The question now: which of the Saviors can actually be trusted? We hope the hot one isn't a wolf in sheep's clothing (we're still shipping him and Jesus at this point), while Jared (the long-haired one) is certainly still Team Negan at this point. 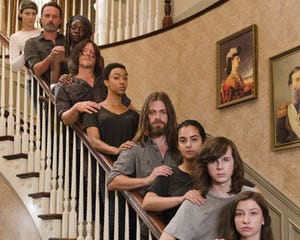