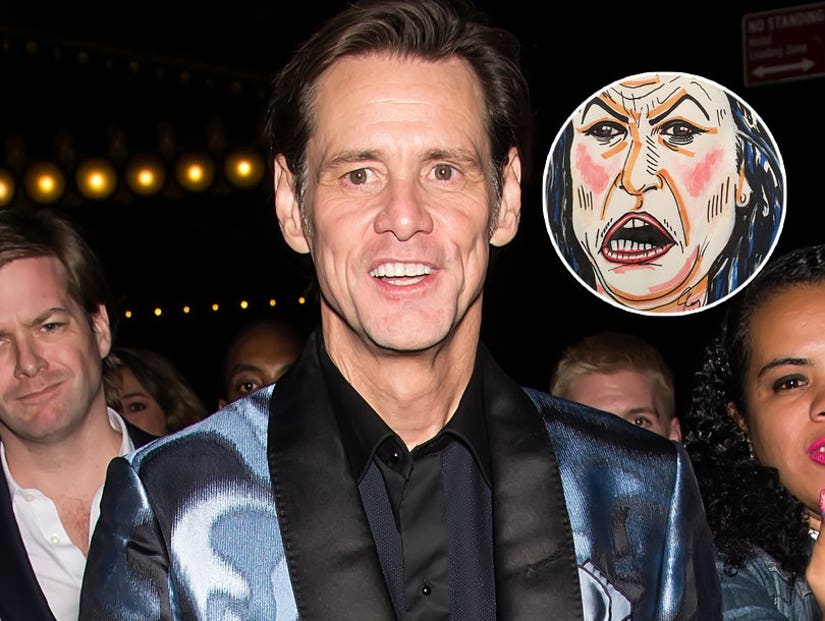 Jim Carrey is back in the crosshairs of Fox News again, this time for tweeting out his unflattering portrait of White House Press Secretary Sarah Huckabee Sanders.

"This is the portrait of a so-called Christian whose only purpose in life is to lie for the wicked," the actor-turned-painter tweeted Saturday. "Monstrous!" 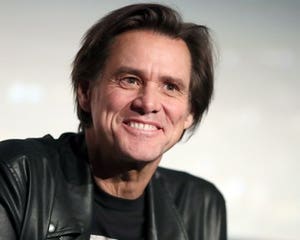 The attention from the divisive picture -- applauded by some and blasted by others, for obvious reasons -- sent Carrey's name to the top of Twitter trends Monday, after he was blasted on "Fox & Friends."

"There is absolutely no tolerance. They're completely hypocritical in every single regard. We see this time and time again," Owens said in her rebuttal, then turned to Carrey's use of the word "Christian" in his tweet. 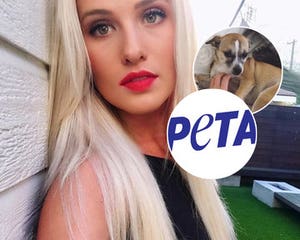 "It's ugly. It is not Christian-like whatsoever," she continued. "I think it's a moment for us as conservatives to just look better, take the upper hand, and to say, you know what, you can keep leveling these attacks against us, but we're not responding to it with the exact same ugliness because we have more to offer, more education, better comments. We can argue with logic. We don't need to argue with ad hominem attacks all the time."

Earhardt then showed Fox viewers another one of Carrey's paintings, which he said "offers an expression of love and appreciation to womankind," then teed up her guest to dig in on liberal "hypocrisy."

"They celebrate women, only if women think exactly like they do," Owens said. "That is, again, always what we see on the left. You have to subscribe to exactly what they think or else you will get attacked. Hypocrisy, hypocrisy is thy name."

Carrey previously pissed off Fox News and conservatives in 2013 when he teamed up with Funny or Die for NRA parody music video "Cold Dead Hands," in which he impersonated Charleston Heston, an actor who was once the president of the National Rifle Association.

See Carrey's tweet below, followed by a mixture of outrage, praise, jokes and a staunch defense from comedian Kathy Griffin.

This is the portrait of a so-called Christian whose only purpose in life is to lie for the wicked. Monstrous! pic.twitter.com/MeYLTy1pqb

A) On the left is an image @JimCarrey tweeted on 1/30...right is the image of Sarah Sanders. His image of Sanders is not sexist - it's his style of portraying people he believes aren't acting in good faith. That he is being attacked for this is ridiculous. pic.twitter.com/uNq9pLsv6S

B) Our country is facing an opioid crisis, a healthcare crisis, massive income inequality and this is what Fox & Friends and others spent time on this morning? Seriously get a fucking grip.

C). I also want everyone to know that the day after my Trump image came out, @JimCarrey was one of the first people to call me to offer words of support. I'll never forget it. But even if he didn't, I would still stand up for him. What a ridiculous thing to be outraged about.

Trump supporters: "Nobody cares about Jim Carrey or his opinion"

Proceeds to talk/tweet about jim Carrey for the next day.

TRUMP SUPPORTERS: Libtard snowflakes! Go back to your safe space!

ALSO TRUMP SUPPORTERS: OMG JIM CARREY IS MEAN TO US!!!

Let me get this straight: Sarah Huckabee Sanders lies on a daily basis defending a sexual predator who is tearing apart our democracy & leaving the country vulnerable to more attacks by a foreign enemy, & the internet is pissed because Jim Carrey is an excellent painter? Got it.

Jim Carrey,
Turn off cable news and back away from your art supplies.
Do it for yourself. Do it for all of us.

Jim Carrey is like all those people - he's all for women, until that woman is a conservative. Then it's okay to shame her by drawing a picture of her as an ugly harridan. Dude - have you looked in a mirror lately? Or the toilet - for your career?

This is the portrait of a so-called comedian, Jim Carrey. He used to be funny. pic.twitter.com/fWv26TDBSW

Are you the Jim Carrey who was a comedian back in the '90s?

I dream of a life where we hold our President to a higher standard than we hold Ace Ventura.

Oscars 2018: Women & people of color have endured sexual assaults, harassment & inequality for too long in this industry. #MeToo #TimesUp

That's actually a flattering portrait. It's not Jim Carrey's fault she has a "I want to speak to your manager" face.

Maybe Fox News will let Jim Carrey off the hook if he explains it's just a locker room painting.

I don't understand why the portrait Jim Carrey did was controversial it looks just like her and isn't even exaggerated????

@JimCarrey Jim Carrey - #JimCarrey = Washed up, dried up, STD carrying Hollyweirdo Liberal Idiot who once was a "so-called" comedian. pic.twitter.com/Yuux03BTzT

Jim Carrey under fire from Trump loyalists who really don't like it when famous people say rude things about others. 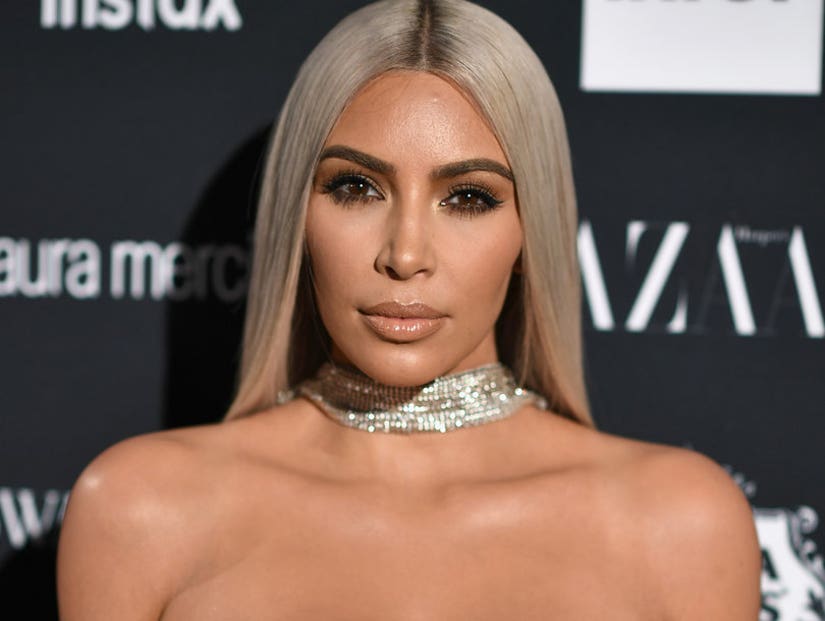