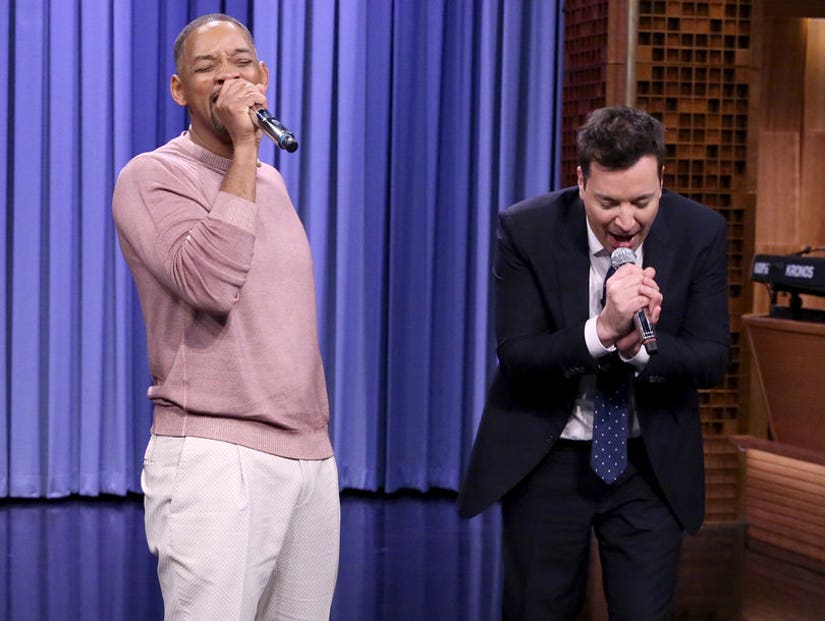 Will Smith is responsible for one of the most memorable TV theme songs ever, but wait'll you hear him put his spin on a few more television tunes.

The 48-year-old actor appeared on "The Tonight Show Starring Jimmy Fallon" on Thursday night to promote his new YouTube channel, and ended up making a viral video for the late-night show in the process. 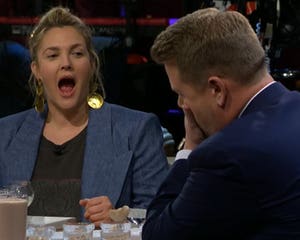 After their interview, Fallon had one question for Smith: "Wanna perform some of the best sitcom theme songs of all time in one loud remix right now?" The answer was an emphatic "YES" from Will, as the two launched into a mashup of memorable jingles.

The medley included themes for "The Golden Girls," "The Jeffersons," "Diff'rent Strokes," "Good Times," "The Andy Griffith Show," "I Dream of Jeannie," "Full House," "The Greatest American Hero," "Three's Company," and "Martin," with Smith giving us a classic, "Damn, Gina!" They ended the performance, of course, with the entire "The Fresh Prince of Bel-Air" theme.

Elsewhere in the show, Smith also talked about his recent social media blitz.

"I've never been on social media, so I've stayed off the whole time and started a couple months ago," he said, pimping out his Instagram and YouTube pages. "There were so many things that were dying on my creative vine. When I did the 'Fresh Prince' it was every single day and the show came out once a week. I'm gonna be doing skits, short films, music, I started recording again."

When Fallon gave Smith props for some of his Insta photos, he added, "It's like I'm alive again, Jimmy!"

There's one person who isn't as crazy about Will's newfound social media love affair though: his daughter, Willow.

"Willow, she does so much cute stuff and I just want to shoot it," he explained. "But she's like 17 and is like, 'Daddy, for real, stop!' It's like, 'Baby, you brush your hair so pretty though!'

His son Jaden, however, seems to be a fan -- see him celebrate his father's music video parody below: 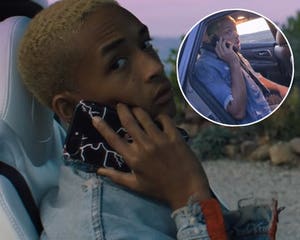 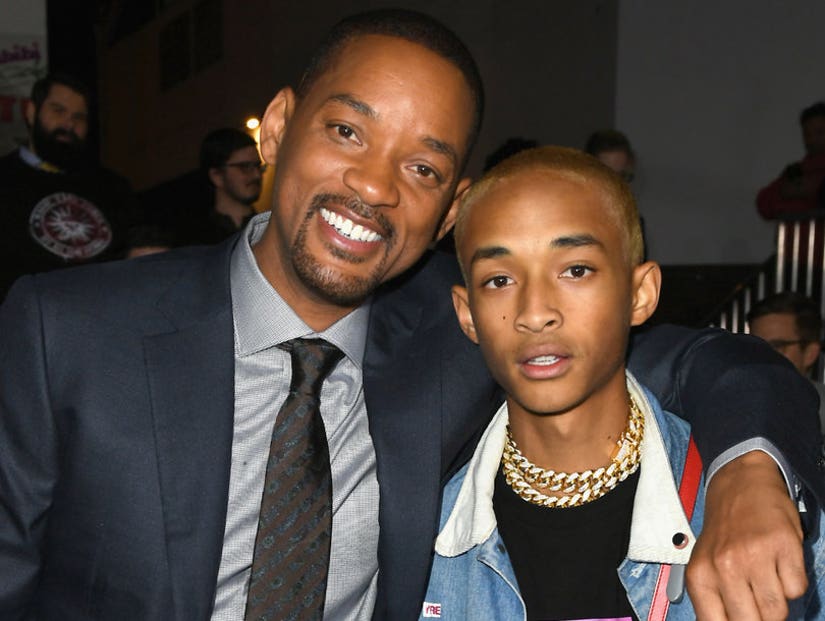