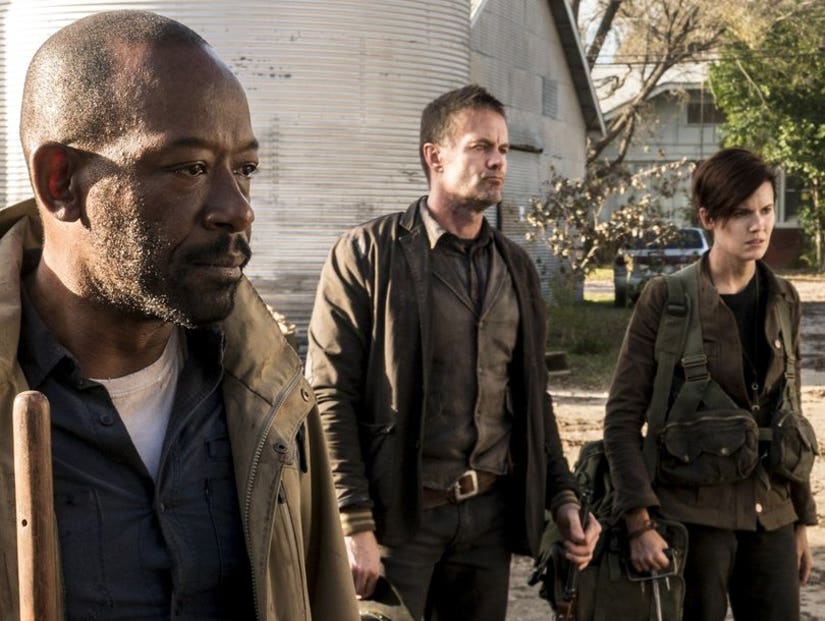 Hardcore fans of "Fear the Walking Dead," the oft-ignored spinoff of AMC's monster hit "The Walking Dead," know that not only did "Fear" come into its own during Season 3, it actually became a better show than the parent series. By airing the Season 4 premiere back-to-back with the Season 8 finale of "TWD," the differences between the two became painfully clear.

The network touted this two-hour event as a special crossover between the two series as Morgan (Lennie James) was going to be transitioning full-time from "TWD" to "Fear." Fans who stuck around after that disappointingly tame conclusion to "All Out War" were treated to a beautifully patient character study of a deeply conflicted and troubled man. 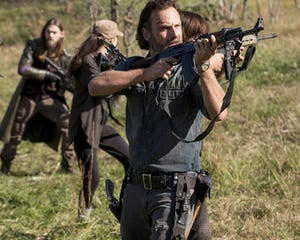 In fact, the primary "Fear" cast didn't show up until the closing moments, and if you didn't know who they were, you might think they were the next threat Morgan was going to have to deal with. No, this was very much a Morgan-centric episode, but it was framed in such a way as to entice and invite "Dead" fans to join him on this next chapter of his life.

At the close of the "TWD" finale, Morgan had switched places with Jadis in her trash heap haven, choosing solitude over hanging with people. At the start of "Fear," we saw him visited by Jesus, Carol and Rick before deciding it was time to seek his fortune further away from all of these people. And so he walked. And walked. And the show let him.

There are so many characters and so much happening at any given moment on "The Walking Dead" that it no longer takes the time for quiet character moments. Back in the prison, we saw them gardening. We saw them spending quiet moments together. Those moments have become few and far between as the characters serve the plot. Not so this hour of "Fear," which gave plenty of time to Morgan's walk of solitude, as well as his chance encounters with fellow newcomers Althea (Maggie Grace) and John (Garret Dillahunt).

John we met first, and immediately we got a sense of him as a quirky, lonely gunslinger who'd been traveling alone for so long he'd almost forgotten the sound of his own voice. Al's quirk is that she has a working camera and wants people's stories, though exactly why we're not sure. Scenes with these characters were allowed to linger and breathe, which used to be something AMC was known for on "Mad Men" and "Breaking Bad." It was "Dead" that started to speed things up.

THIS WORLD IS DANGEROUS

Rick and his group have become veritable superheroes, easily dispatching roving gangs of marauders and walkers and pretty much any small threat that comes their way. And yet, this is a very dangerous world. One bite from a walker and you're dead. One stray bullet and you could die. In just one hour on "Fear," Morgan got captured twice and shot once. This is a hard world and it's not one you can just waltz through like you're Superman.

Perhaps it's a case of the group numbers being smaller, but there's a sense of real danger and risk as Morgan, John and Al started traveling together. When they stopped to help the crying girl on the road, we were screaming at them through our television to watch out. Little did we know that it was Alicia Clark (Alycia Debnam-Carey). But then again, as we've seen through three seasons of "Fear," the Clarks are pretty dangerous themselves, so it's not safe to breathe easily just yet. 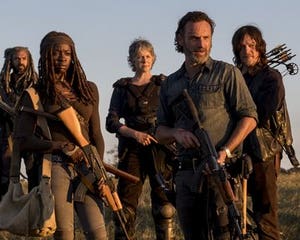 We haven't really seen this in action yet, save for the "come" part as that's what Morgan, John and Al are doing. Alicia and the rest of the "Fear" core cast are, after all, the stars of this series. These are the newcomers. But this core cast is small because they've lost people along the way, and picked up people along the way. There has been a lot of death on "Fear," and there have been characters who have voluntarily moved on, as Morgan did from "TWD."

In fact, as far as we can tell there are only five actors from the previous season rolling into this one. Compare that to 18 main cast members from "The Walking Dead" who survived this season. The Clark family and their firends have survived L.A. right after the outbreak, the open sea, a walker-filled resort, a doomsday cult and more. In a dangerous world, they've had to keep moving, with only themselves to rely on.

Season 3 was a stellar year for "Fear," and it's when the show really found itself with a top-notch cast, a compelling and dangerous storyline about the dangers of running out of water, and character development and writing that was second-to-none. While "TWD" has devolved into a cartoonish parody of itself, "Fear" continues to unravel secrets about its primary cast so that they remain mysterious, while also sowing seeds of doubt and mistrust within them. It kept the characters and the viewers uncertain who to trust and what to believe from hour to hour.

Despite emerging as a stronger show, "Fear the Walking Dead" remains in the shadow of its parent. That could change with AMC's very smart strategy of billing, writing and directing this season premiere like the pilot of a spinoff series for Morgan. Honestly, we kind of wish it were, because the "Fear" name might scare some people off. After all, it had a rocky start and by the time it found its footing, there were barely more than 2 million people tuning in every week.

They could have instead cancelled "Fear" and called this "Escape the Walking Dead" and have it be the exact same show we just saw. It's a time jump ahead to the present for "Fear" anyway, which had been set a few years behind "TWD." So this new should could have just featured new characters mixing it up with characters from both "Fear" and "TWD." It's all about branding, baby! 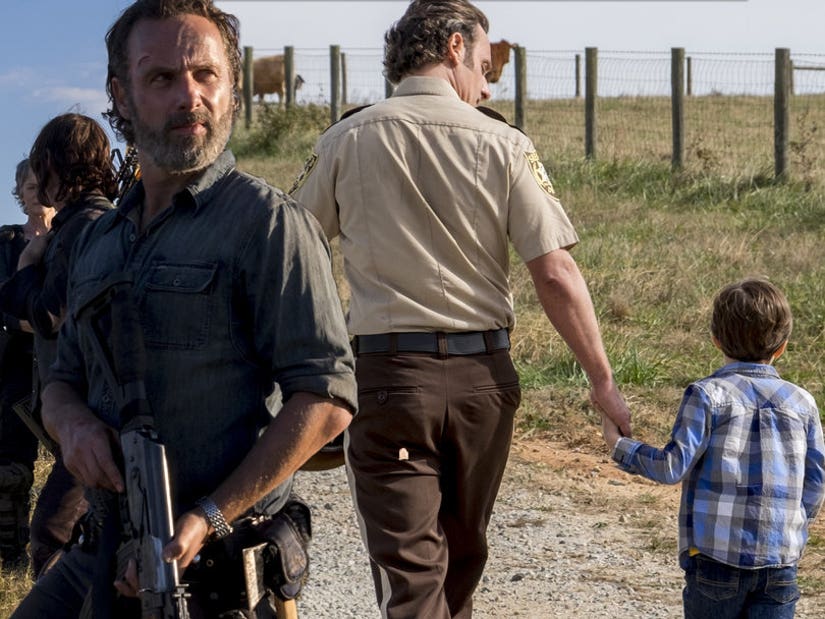