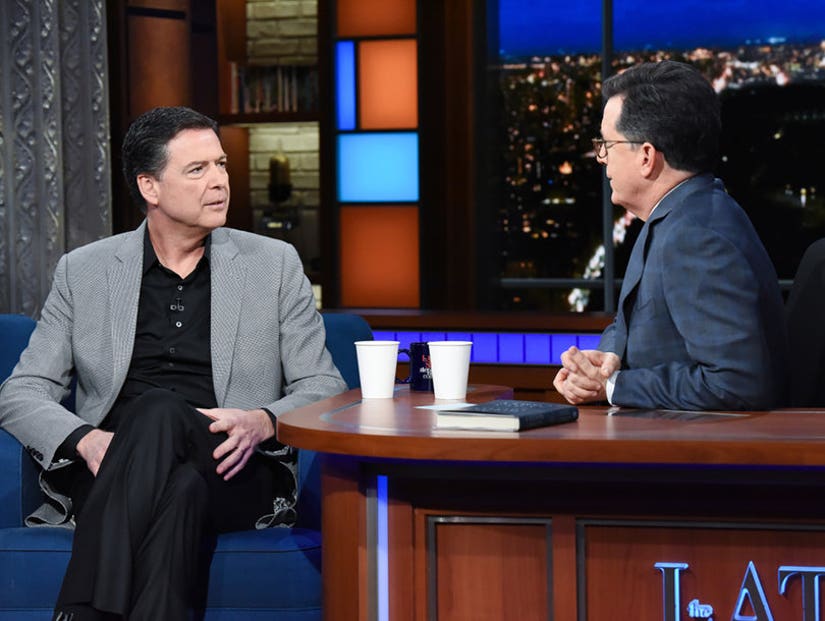 Donald Trump's tweets are "not okay" in the eyes James Comey.

The former FBI director, who was fired by the president, dropped by "The Late Show" Tuesday for a wide-ranging interview with Stephen Colbert. But the talking points weren't just fluff, as Colbert hit him with some tough questions throughout his 30-minute interview.

When asked about what it's like being the target of Trump's wrath on Twitter, Comey said he mostly just shrugs them off, but further realized that this is not the right response. "If I'm shrugging, are the rest of the country shrugging and does that mean we've become numb to this?" he asked Colbert. "It's not okay for the President of the United States to say a private citizen should be in jail. It's not normal. It's not acceptable. It's not okay." 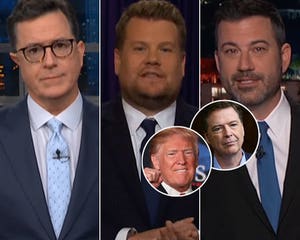 Late-Night Comedians Had So, So Much to Say About James Comey's Interview About Trump

"But it's happened so much there's a danger we're numb to it and the norm has been destroyed," he continued. "And I feel that norm destroying in my own shrug. We can't allow that to happen. We have to talk about it and call it out. It's not okay."

Fans of "The Colbert Report" know that the host is a savvy and intelligent comedian who can couch tough questions in comedy to both inform and entertain his audience at the same time. He's also confident enough in his own knowledge to challenge some of the answers he gets in return, pushing his guest to either clarify or reconsider their responses.

He put Comey in his crosshairs Tuesday night, even refusing to accept some answers from Comey, and asked him to justify his unprecedented actions in so publicly closing and then reopening the Hillary Clinton email investigation. They also discussed the infamous Russian "pee pee tape," Comey's more salacious details about Trump's appearance, and whether he thought he influence the outcome of the 2016 election.

You can watch the interview for yourself, but if you don't have the time, read on for nine more fascinating talking points.

Why write a book?

While some have accused Comey of seeking fame by publishing a book, he explained to Colbert that it was more about finding a way to continue being useful to the American people. He said, "I could be useful by offering people a vision of what ethical leadership looks like, and show people through a series of stories how ethical leaders make hard decisions. And it would be particularly useful now when our president is not that." 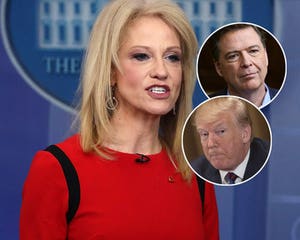 Why compare Trump to a mob boss?

One of the stronger talking points to emerge from the book is Comey's comparison of Trump to a mob boss, particularly in his leadership style and how he's surrounded himself with family in key positions.

"When this first popped into my head, I pushed it away 'cause I thought that's way too dramatic. How could that comparison be apt?" Comey told Colbert. "And I don't mean it in the sense Donald Trump is out breaking down legs or shaking down shopkeepers. I mean it in the sense that he leads ... it's all about the boss. What will serve the boss best. How are you helping the boss. It's all about that person and nothing external to that. And that reminds me very much of Cosa Nostra leadership."

Can Trump reclaim an ethical legacy?

"I think it would be very hard, given the way he is as a person," Comey admitted when asked if it was too late for Trump to salvage his presidency. "He's somebody who doesn't appear to have external reference points in his life. Ethical leaders make the hardest decisions by looking to some reference point. For some its a religious tradition, or history or logic or philosophy. As far as I can tell his reference point is entirely internal. What will fill the hole in me and get me the affirmation I need. Now he could be a more ethical leader He could surround himself maybe with people who would serve as those external reference points, but I wouldn't be optimistic, honestly." 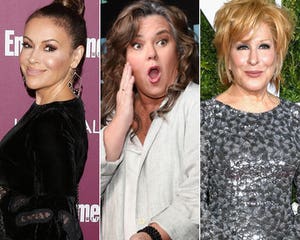 Why describe Trump's appearance with such salacious detail?

Another talking point in the book has been Comey's description of Trump's hair and tie and coloring. As Colbert pointed out, it's just one paragraph in the whole book, So why did Comey put it in there? "Because I'm trying to be an author. I'm sitting there writing it and I can hear my editor saying, 'Bring the reader with you. Show the reader that room,'" Comey explained. "I talk about how I was struck by how skinny President Obama is. I describe John Ashcroft's skin color when he's in intensive care. I'm trying to bring the reader with me. I'm not trying to make fun of John Ashcroft or Barack Obama or even Donald Trump. I'm trying to observe and report."

What about that "pee-pee tape"?

Comey talked a bit about how he brought up the "pee pee tape" with Stephanopoulos, leading to the late-night storm with his claim that Trump asked him if he looked like the kind of guy who needs hookers. So Colbert asked him to break down how that conversation went. "I spoke about information, unverified, that related to an allegation that he was with prostitutes in a hotel in Moscow and that the Russians had videotaped it. I didn't go into the rest of it. I thought that was notice enough."

When Colbert admitted to Comey that he had been in that hotel room and did Comey have any questions for him, you could see the investigator's eyes brighten. "Is it big enough for a germophobe to be at a safe distance from the activity?" he asked. Colbert responded, "The bedroom is very long. You could definitely be out of what we call in SeaWorld, the splash zone." Comey didn't take the further bait that Colbert had talked to people who know about "the party."

Can Trump fire his way out of the Mueller investigation?

There's been a lot of buzz around Trump's firing and the investigation, with some sources claiming the president is close to firing both Mueller and the Deputy Attorney General Rod Rosenstein. But would even that stop the investigation? "I think you would need to fire everyone in the FBI and the Justice Department to stop that investigation," Comey said.

When Colbert asked if a toady appointed as replacement could shut it down, Comey admitted, "That's possible, but knowing those organizations the way I do, I could imagine U.S. Attorney's offices picking it up, FBI field offices picking it up. I think it would be very hard to shut that down by firing." 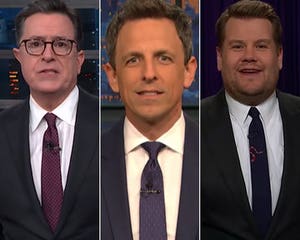 Why publicly announce the closure of the Hillary Clinton investigation?

No FBI Director had ever gone directly to the public to announce the close of an investigation, so why did James Comey make that call in 2016? "It was the least worst way to close the investigation and maintain public confidence that it was done in a competent, honest and independent way." He said he was concerned about the public faith in the FBI and the Justice Department in the weeks leading up to the decision, and particularly Attorney General Loretta Lynch not recusing herself from the case after a plane conversation with Bill Clinton.

"My judgment was the public faith in the FBI and the Justice Department is all we have. If we do the normal thing, corrosive doubt will creep in about whether it was done by the Obama Justice Department in a competent, honest and independent way," he said. "I thought if I make my announcement separate, it will maximize the chances that people have confidence in the result, rather than going to an Attorney General who reasonable people could see as compromised in that situation. And so I made that judgment. Something very unusual, I'd never heard of it before, but I'd never heard of the FBI investigating one of the two candidates for President of the United States during the election year."

Why publicly reopen the case 11 days before the election?

When pressed for why he so publicly reopened that case less than two weeks before the election, Comey said it was because of new evidence that had come to light and could not be ignored. "The team said to me on October 27th, there are hundreds of thousands of her emails on Anthony Weiner's laptop and there are thousands of emails from the missing blackberry.net domain. This could change the outcome of the investigation. And so at that point, what do you do? Take no action if you can avoid it. And I kept looking for a door that said no action here and I couldn't find it. I could only see two doors and they're both actions. One says speak. The other says conceal."

Colbert argued that those weren't his only two choices, that they were instead to "speak or the standard discretion of the FBI." Comey countered, "I disagree, though. If Loretta Lynch and I had not announced to the American people in testimony during the summer and in my statement and other things, 'We're done, you can move on here, American people. There's no there there.' If that hadn't happened, sure you'd have the option of saying, nobody knows about this so we'll keep it quiet. But having spoken repeatedly, my view would be that to not speak would be an affirmative act of concealment. I knew that something we had told the American people they could rely upon was not true. And not true in a huge way."

Did reopening the investigation influence the election?

With all that said and done, then, Colbert had to ask if Comey thought his actions had influence the election. Comey has said elsewhere that he was working under the assumption -- as were most Americans -- that Clinton would win. She obviously did not. "It makes me sick to my stomach to think we might have had an impact," Comey admitted. "I hope and pray we didn't, but, I hope this doesn't sound strange, it wouldn't change the decision. If you travel back to October 28, you can't see the future. What do you do?"

Colbert had that answer. First, you travel back 70 years and kill Hitler. Then you don't make the announcement. 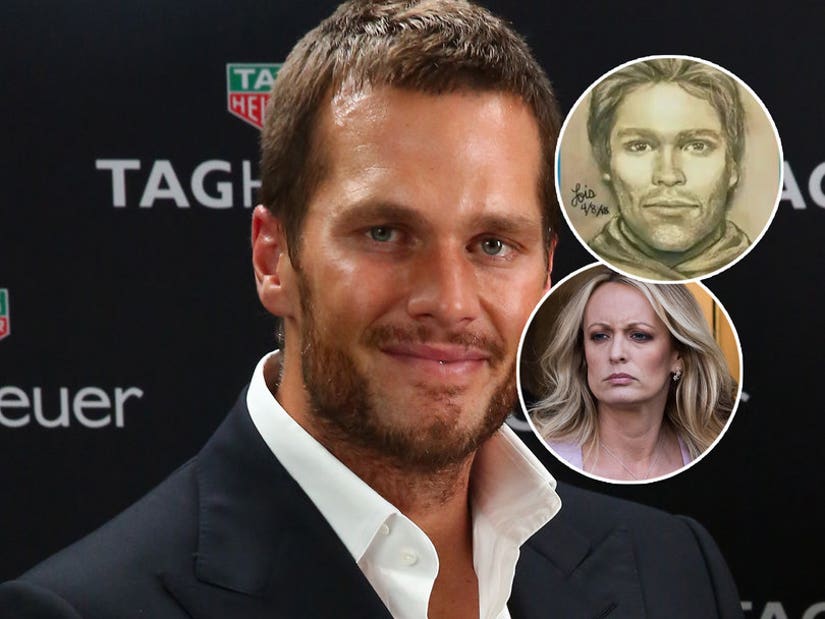