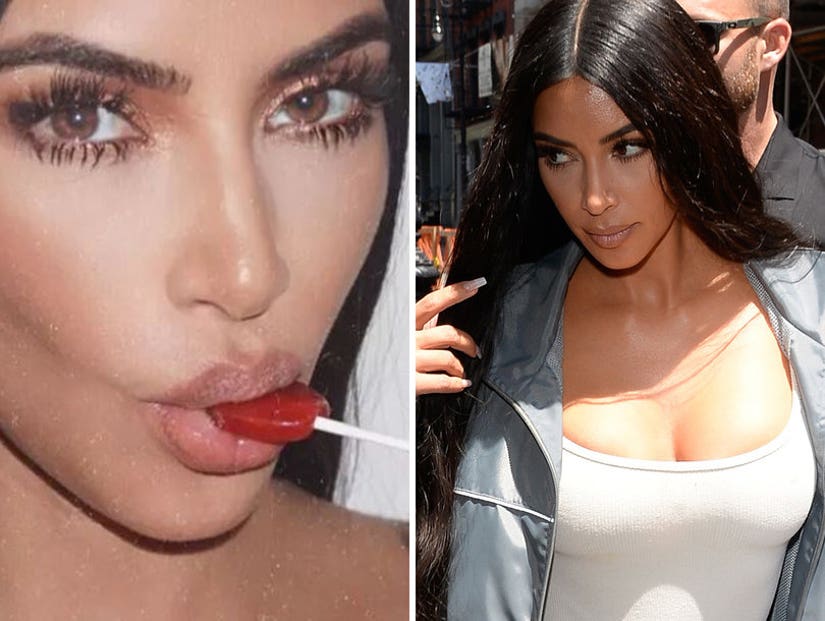 Kim Kardashian is exposed to scrutiny on a daily basis, but this one photo she posted to Instagram got so much backlash, she actually deleted it.

Thanks to screenshots, the photo in question is below for your convenience. At first glance, the close-up shot of the reality star sucking on a lollipop seems rather innocent -- unless, of course, your mind is in the gutter -- but that's actually not what people are fired up about. 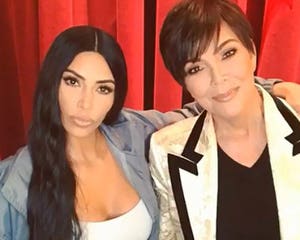 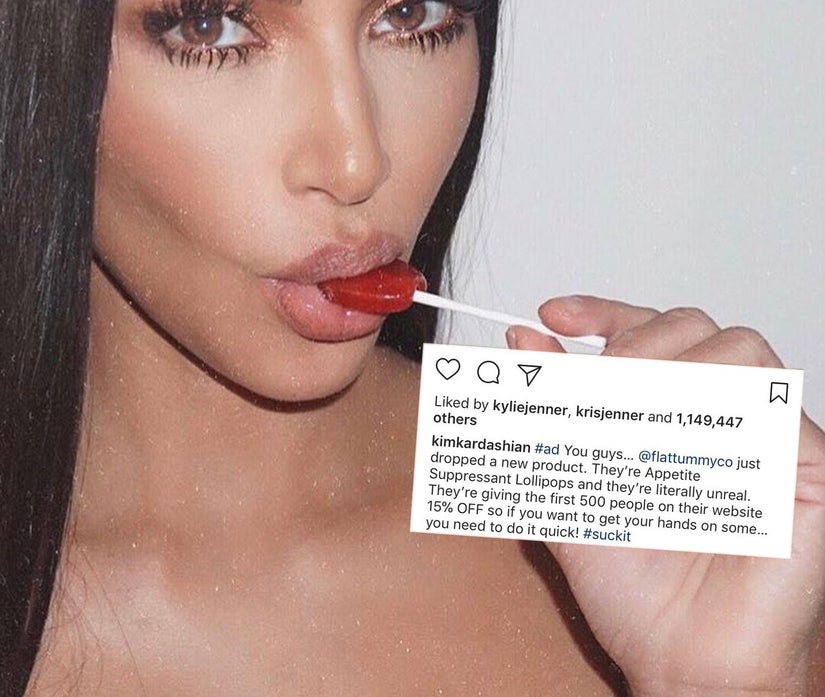 The lollipop is actually an appetite suppressant from the makers of Flat Tummy Tea. Minutes after Kardashian posted the #ad, her page was flooded with people ridiculing the mother of three for promoting poor eating habits to her 111 million followers -- many of whom are admiring girls.

"#ad You guys... @flattummyco just dropped a new product," she captioned the since-deleted photo. "They're appetite suppressant lollipops and they're literally unreal. They're giving the first 500 people on their website 15% OFF so if you want to get your hands on some...you need to do it quick! #suck it." 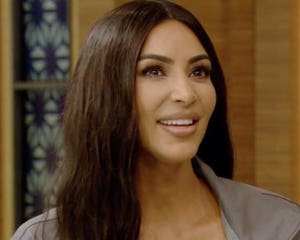 Activist Liam Hackett was one of the first people to comment.

Eating disorders are a very real issue for a lot of young people and to see Kim Kardashian actively encouraging her fans to develop an unhealthy relationship with food is terrifying and gravely concerning. pic.twitter.com/hhFYBbm8hL

Approximately 1.25 million people in the UK are living with an eating disorder. It is also no secret that social media is affecting our collective mental health and putting young people under an immense amount of pressure to look a certain way.

This is why I am disgusted at @KimKardashian agreeing to run an advertisement to her impressionable fan base. This promotes an unhealthy and damaging relationship with food and we absolutely must take a stand against anything that could be damaging to people online.

Actor Jameela Jamil also took to Twitter to shame the reality star, calling Kim a "terrible and toxic influence on young girls." Jamil added that Kim's entire family makes her "feel actual despair over what women are reduced to."

No. Fuck off. No. You terrible and toxic influence on young girls. I admire their mother's branding capabilities, she is an exploitative but innovative genius, however this family makes me feel actual despair over what women are reduced to. ☹️ pic.twitter.com/zDPN1T8sBM

MAYBE don't take appetite suppressors and eat enough to fuel your BRAIN and work hard and be successful. And to play with your kids. And to have fun with your friends. And to have something to say about your life at the end, other than “I had a flat stomach.” 🤯 pic.twitter.com/XsBM3aFtAQ

See more of the comments left on Kardashian's since-deleted post below:

"This is an abhorrent message to be promoting. Disgusting. You should be ashamed."

"This is so irresponsible. You are setting the worst example to girls all over the world. No one should have to feel the need to suppress their appetite to fit to ridiculous beauty standards. So offended right now."

"Completely irresponsible and a really sad message to be projecting. You can have a fit and healthy body without starving yourself and listening to your body when it needs food."

"If you're hungry then eat. This is disgusting. Your fans are going to be seeing this and thinking that this is how you get your body. Eating is good for you. Stop convincing people to literally starve themselves of food to get a flat tummy."

"You are an absolute disgrace."

"This is a disgusting and shameful thing to promote. What is wrong with you?"

"I'm a big Kardashian fan, but the fact that you're promoting lollipops that make you not want to eat is disgusting. Most of your fan base are teenagers/young adults that look up to you, and you're basically telling them it's OK to not want to eat."

"Disappointed to see such a post from such an influential media icon. Eating isn't shameful, our bodies aren't shameful. We deserve better."

"Kim Kardashian promoting appetite suppressants -- Does she have absolutely no shame? This is incredibly damaging and dangerous."

"What kind of mother would advertise appetite suppressants? Jesus Christ. They're money hungry. No respect."

"You are setting the worst example to girls all over the world. No one should have to feel the need to suppress their appetite to fit to ridiculous beauty standards. So offended right now."

"This woman has far too much influence over young girls and seems incapable of using it in a positive way." 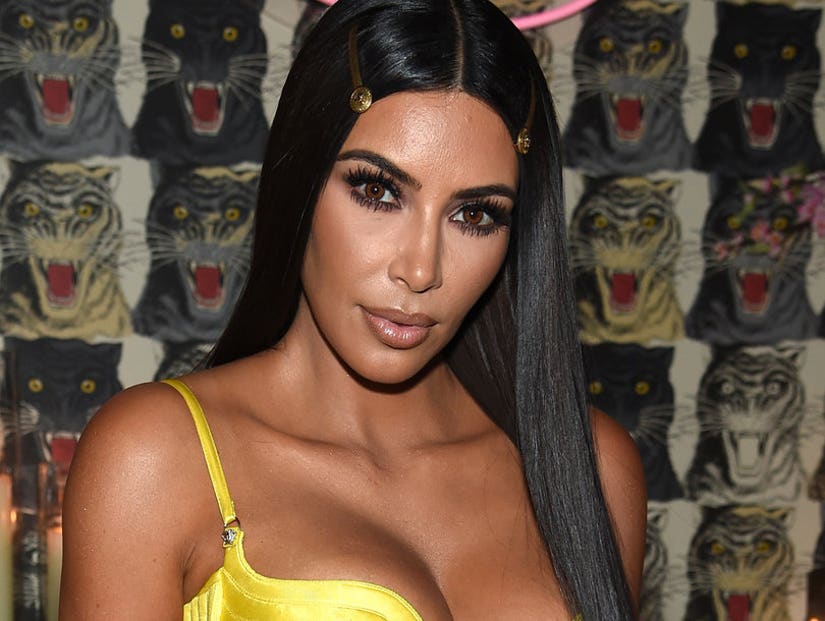