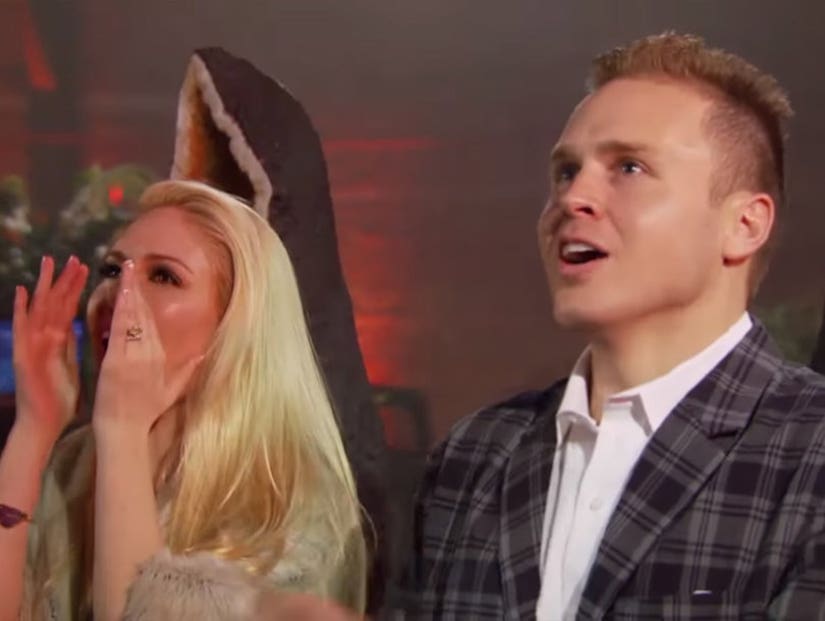 David Tutera had his work cut out for him when Spencer and Heidi Pratt hired him to throw an over-the-top soiree celebrating Spencer's 2014 graduation from USC.

The party is at the center of Friday's all new episode of "David Tutera's Celebrations," where Speidi proved to be quite the difficult clients to appease.

One thing Pratt had to admit impressed him, however, was the surprise the party planner was able to pull off on the big day: an appearance from the USC marching band.

"As hard a time as I gave David, I'm very impressed with how good he can create an experience," Spencer says in the exclusive clip above, after expressing shock as the band walked into the event.

Spencer graduated from the college with a Bachelor's degree in Political Science back in 2014, 10 years after he first enrolled in classes.

Planning the bash was just as tricky as Spencer's road to graduation, however, thanks to the couple's demands.

Another sneak peek at tonight's episode shows the two wanted to throw the "party of the century" for the occasion, with laser lights, fireworks and "a hovercraft."

During an outfit fitting for the event, Pratt also got fed up and said, "That's it, I'm done" before storming out.