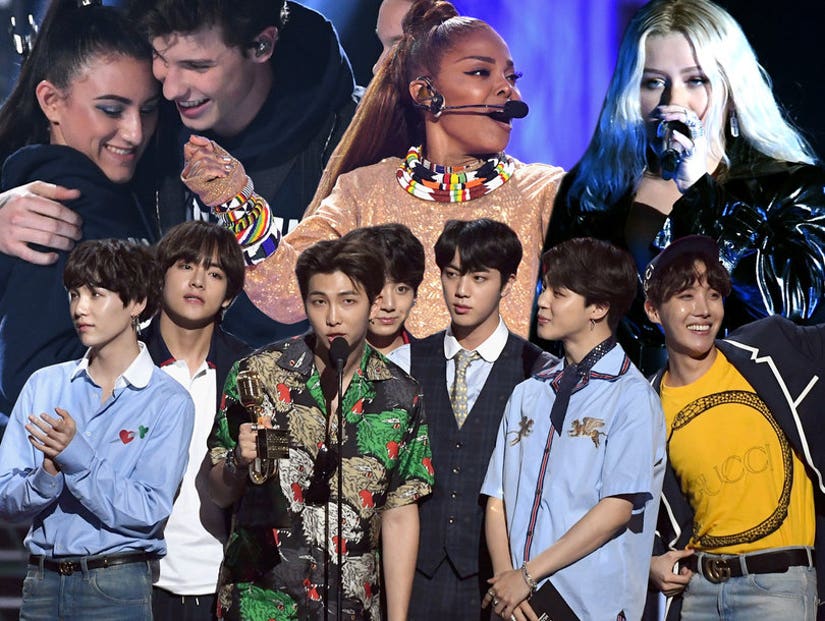 Kelly Clarkson's taking center stage to host the 2018 Billboard Music Awards at the MGM Grand in Las Vegas on Sunday night and we're bringing you all the can't-miss moments everyone will be talking about come Monday morning.

Janet Jackson will pick up the ICON Award, as well as give her first television performance in nine years at the show, which will also see Christina Aguilera and Demi Lovato, Ariana Grande, John Legend, Camila Cabello, Kesha, Shawn Mendes and more rock out on stage.

We'll keep the buzzyworthy moments coming all night long, so keep checking back throughout the evening!

Kelly Clarkson Calls for a Moment of Action

Our hearts go out to all the victims in the Santa Fe community and their families. ❤️ pic.twitter.com/7ejLAd8nKk

"And mommas and daddies should be able to send their kids to school, to church, to movie theaters, clubs, you should be able to live their life without that kind of fear. We need to do better," she continued. "We're failing our children. We're failing their families. I have 4 children. I cannot imagine getting that phone call or knock on the door. So instead of a moment of silence, I want to respect them and honor them, tonight y'all, in your community where you live, let's have a moment of action, let's have a moment of change."

Switching gears, Clarkson got back into the spirit of the show with a megamix of nominated songs from the past year, including Sam Smith's "Too Good at Goodbyes," Kendrick Lamar's "HUMBLE.", Imagine Dragon's "Thunder," Khalid's "Young, Dumb and Broke," Bruno Mars and Cardi B's "Finesse (Remix)," Ed Sheeran's "Shape of You," Shawn Mendes' "There's Nothing Holdin' Me Back," and Taylor Swift's "Look What You Made Me Do."

Check out the reaction to her performing "HUMBLE."

Nothing but love for Avicii from @TheChainsmokers & @halsey as they present the #BBMAs for Top Hot 100 Song. 💞 pic.twitter.com/k89czVBrih

"Before we get tot he next award, we'd like to take a moment and talk about our friend Avicii," The Chainsmokers' Alex Pall said before presenting the Top Hot 100 Song award. "His passing was a great loss to the music world and for us," Andrew Taggart continued. "He was an artist who inspired so many in so many ways. He meant so much to us and everyone in the EDM community."

Halsey added, "Everyone who worked with him would agree that he was such a joy and it makes this tragedy all the more painful. And it's a reminder for all of us to just be there and to support and love all of our friends and family members who may be struggling with mental health issues."

When The Chainsmokers later picked up the award for Top Dance/Electronic Artist, they took another moment to honor the late performer. "We want to dedicate this award to Avicii," Andrew said. "None of us would be here ... I know everyone who was nominated for this award was massively influenced by him. He is someone who made us believe this was a realistic career, something we could do with our lives, inspired all of us, influenced our music, influenced pop music, music in general. He will be missed I hope you found peace and we love you."

Normani Burns Up the Floor

Making a break from Fifth Harmony, Normani commanded the stage alongside Khalid as they performed their single "Love Lies."

Christina Aguilera and Demi Lovato gave the debut performance of their new single together, "Fall In Line," and it did not disappoint.

Clad in leather trench coats and matching short 'dos, the two powerhouse vocalists attempted to one up each other with every note and it was glorious to watch. Lovato missed a key change, but it was an otherwise flawless duet between the two divas.

BTS and All That Screaming

The shrieks hit the highest decibels when the guys hit the stage to pick up their award for Top Social Artist, one of the easiest-to-call wins of the night.

"Thank you so much Billboard Music Awards for this precious award two years in a row," RM told the crowd through the noise. "This time we had a chance to think about what social really means for us and some of our fans told us that our music really changed their lives. And now, we realize that our words really truly carry weight thanks to you guys."

They also performed their latest single, "Fake Love," during the show ... to so many screams Kelly Clarkson put some earmuffs on to drown out the noise.

Shawn Mendes and Khalid hit the stage together to perform their song "Youth" with a group of very special guests: the show choir from Marjory Stoneman Douglas High School, the Parkland, Florida school which was the target of a shooting in February.

The choir came out towards the end of the powerful duet, getting a standing ovation from the audience as they joined the two performers on stage. The celebrities watching from their seats were all clearly moved by the moment.

Before picking up her ICON Award, the first time it's been given to an African American woman, Janet Jackson performed a medley of "Nasty" and deep cut, "Throb" and set everyone in the crowd wild. With mom Katherine Jackson and sister Rebbie in the audience, Miss Jackson rocked the hell out of the stage and had everyone -- including Tyra Banks and Ciara -- singing along.

She then picked up her trophy and talked about the "challenges" facing the world today and the #MeToo movement. "We live in a glorious moment in history. its a moment, at long last, women have made it clear we will no longer be controlled, manipulated or abused," she said. "I stand with those women and with those men equally outraged by discrimination who support us in heart and mind. This is also a moment when our public discourse is loud and harsh."

After rocking the stage with her incredible performance, @JanetJackson accepts the 2018 #BBMAs Icon Award! #ICON_JANET pic.twitter.com/S7nDbrGJQI

Jackson also talked about her faith, saying God is the "source of all calmness." "Everything we lack, god has in abundance," she continued. "Compassion, sensitivity, patience and a boundless love. So again, I wanna thank al of you for this honor and I thank God for giving me the precious energy for letting me live my life as an artist, who every single day seeks to expand my capacity to love. Thank you so much."

"That was bloody fantastic. What can I say? I'm very proud of you," he said as she left the stage, before introducing another one of his finds: Camila Cabello, who got her start in "X-Factor" group Fifth Harmony.

Not a bad track record for Mr. Cowell, right?

The show went out with a bang, with Salt-N-Pepa performing "Shoop," "Let's Talk About Sex" and "Push It," before En Vogue joined them on stage to sing "Whatta Man."

Clarkson came out at the very end to join them all before signing off for the night.

Check out the red carpet photos below: 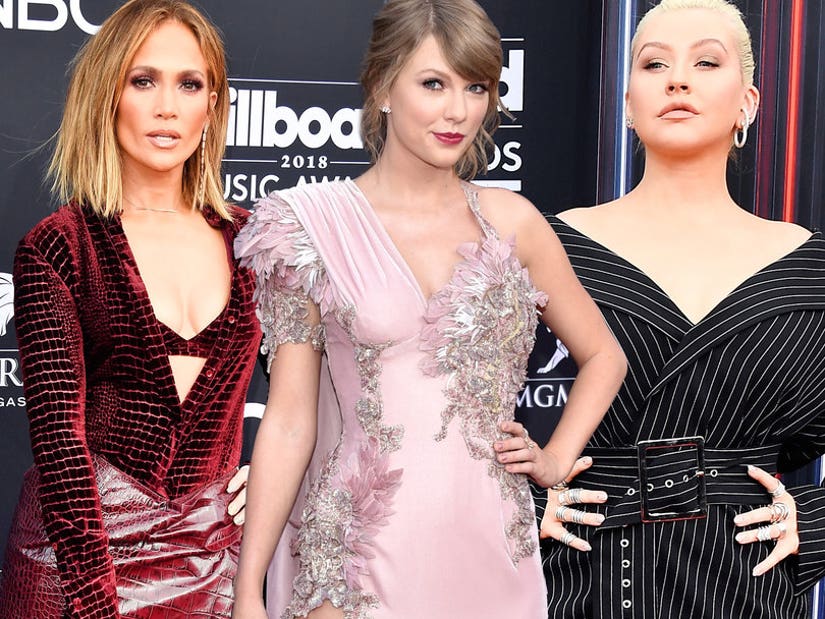