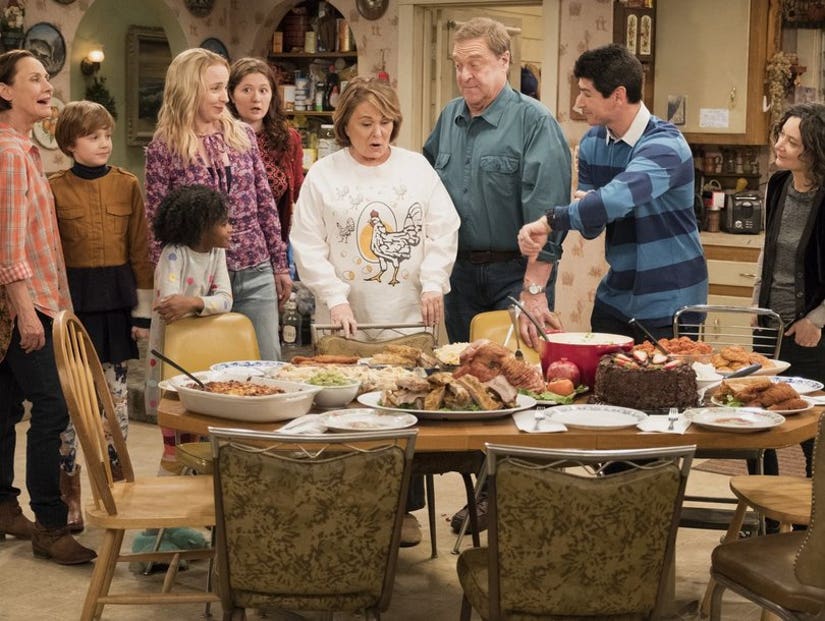 Hey, sometimes everything really does work out in the end, even if it quite literally takes an Act of God to get there. If this "Roseanne" revival hadn't been intended as a one-and-done season, it probably wouldn't have gone down that way for the Conners, either.

Already this season Roseanne (Roseanne Barr) had been dealing with a bum knee and a needed surgery her family can't afford, while Dan (John Goodman) had started losing out on drywall bids thanks to other contractors hiring undocumented workers so they can pay them below union minimum wages. Then, she developed an addiction to her pain pills and this was a family in crisis. 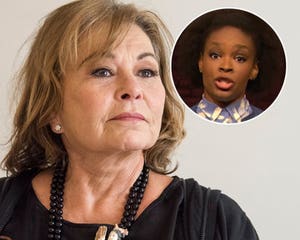 And it's a crisis familiar to too many middle class families in a nation where healthcare is tied to employment, and even then it can be prohibitively expensive. When faced with a choice of your house or your health, food on the table or your health, the needs of your kids or your health, you can bet your health loses out every time.

This week, it all came to a head when a bad storm ravaged Illinois and added a flooded basement to their problems. Because when you're poor, it doesn't just rain hardships on you, it pours.

The most advanced nation in the world doesn't have a system that efficiently and affordable takes care of its citizens. It's one of the most bizarre aspects of America that other countries still struggle to try and understand. The whole plot of "Breaking Bad," where Walter White became a drug czar to afford his cancer treatments, is just so alien to them, and yet Americans take it for granted that getting sick can mean the end of your financial existence.

Another thing many Americans lament is the lack of care in healthcare, and especially if you are uninsured or under-insured. When Dan asked if Roseanne had scheduled her knee surgery yet, she replied, "You know how doctors are, Dan. They say they can see you in a month and then when you tell them you can't stand the pain any longer, they say, 'We'll see you in a month.'"

When he pushed the issue, she countered with, "We don't have the money, Dan. And a surgeon is not gonna give it his best shot when you're paying him with a coffee can full of nickels."

There's a perception now that doctors and hospitals are more interested in profit than treating patients, which is one of the reasons more and more people are looking abroad for both their prescription medical needs, as well as surgical needs. 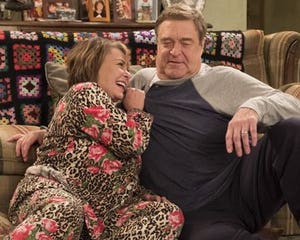 With their backs against the wall thanks to the exorbitant cost of Roseanne's knee surgery ($3,000), Dan found himself even more desperate to land the next contract that comes along, no matter what it takes.

Sometimes there are no good choices, and it's down to choosing from the best of the terrible choices presented to you. And there was a personal cost to pay, as well, when Dan did what he had to do to compete against other contractors.

His long-time friend and work buddy Chuck felt understandably betrayed that Dan had hired undocumented workers rather than him, and he wasn't afraid to tell him so. Of course, he couldn't have chosen a worse time as Dan was standing shin deep in the flooded basement he'd just discovered.

We'd like to take this moment to remind everyone that John Goodman was nominated seven years straight for an Emmy for his work on the original run of "Roseanne" and he never won. He's such a brilliant comedic and dramatic performer, that it's a travesty he was overlooked. Here's hoping this second run gives Emmy voters a chance to right this wrong. 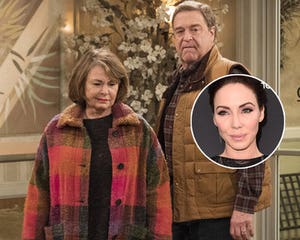 IT TAKES A MIRACLE

Throughout this episode, a massive storm was seen ravaging the city in the background. It turns out that was about more than just flooding the basement.

When it happened, the whole family erupted in cheers as a chance Act of God is what it took to save their bacon. We get that "Roseanne" wanted to give fans an uplifting and definitive end after the disaster that was Season 9, but it was also a rather appropriate solution to their problems ... because otherwise there were no good solutions.

The truth is that without the state of emergency, things would have continued down a dangerous path for the Conners. Dan was risking getting in trouble with the union, and after upsetting Chuck and his guys the chance of him getting ratted out was pretty high. The Conners needed a miracle, and they got one, but it's not so easy for most of the middle class in America. Medical expenses are the number one reason Americans file for bankruptcy, and has been for the last several years, according to recent studies. 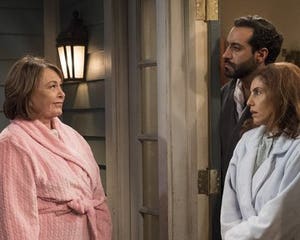 While the bulk of the episode dealt with medical expenses and the havoc they can wreak on our lives, Darlene (Sara Gilbert) and Becky (Lecy Goranson) were immersed in the ugly reality of what it's like to be a woman in the service industry. Beck's been dealing with it for awhile, but this waitressing job Darlene picked up at the casino is new for her. That's why big sister dropped by with some practical advice.

But if Darlene wants to score better tips, she's going to need to turn on the charm and sex it up a little bit.

We do not live in an equal society, with women already having to settle for fewer opportunities and lower pay than men. But it's more than that. Some of them also have to debase themselves for men, or at least pique their sexual interest, in order to make ends meet. It's an ugly truth and a reality Darlene is very reluctantly embracing. Unfortunately, no Act of God can save her from this one. That would take an act of mankind.

That's it for this season of "Roseanne," which will return in the fall for another 13-episode run. 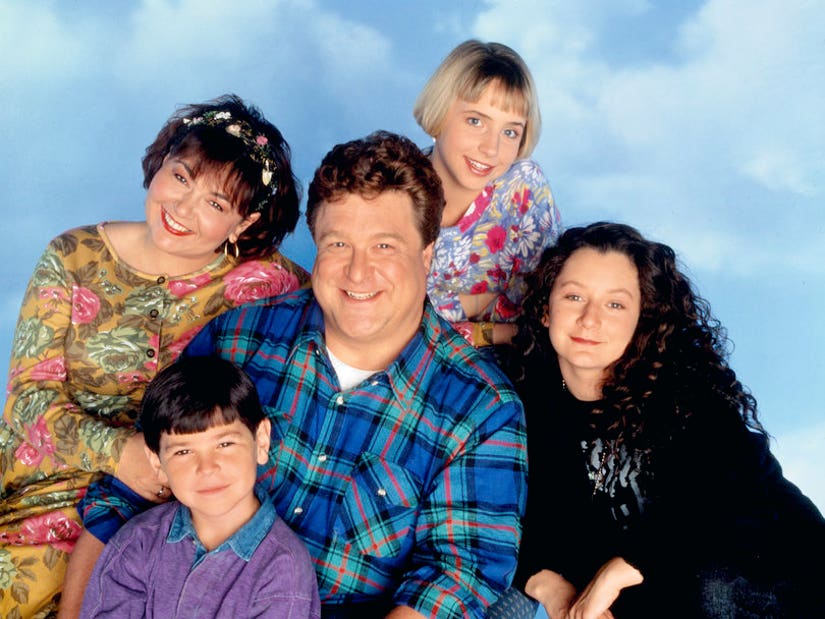