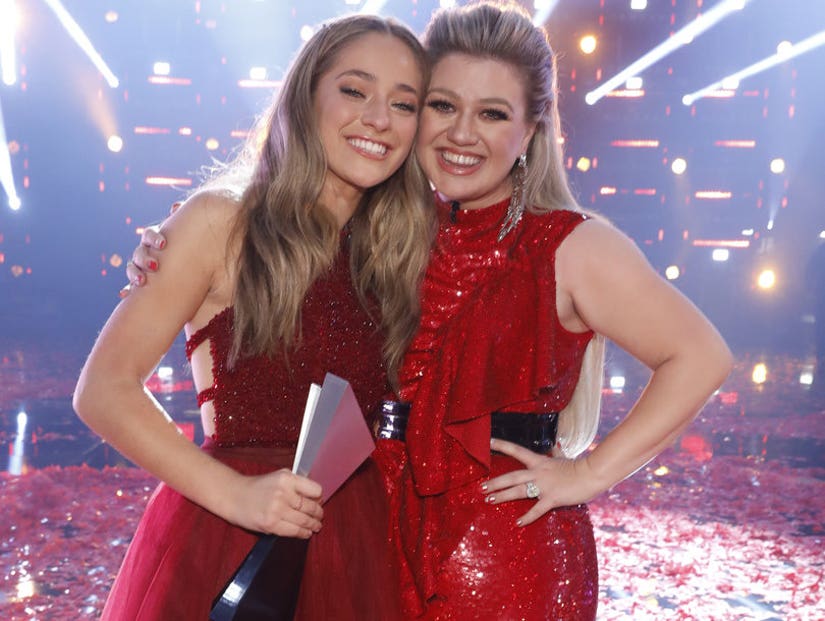 "The Voice" has just crowned itself a brand-spanking new winner, and she's almost a brand-spanking new person! At just 14 years old when she auditioned, Brynn Cartelli (now at the ripe old age of 15) became the youngest-ever winner of the singing show on Tuesday night, and coach Kelly Clarkson's already got plans for her.

"She has a ton of connections and today we've already started talking about plans for my album, and everything that I want to come out of this," Cartelli told TooFab in an interview after her big night. "She's helping me find producers and writers; the people I can work with to get my sound across and get it out to the public." 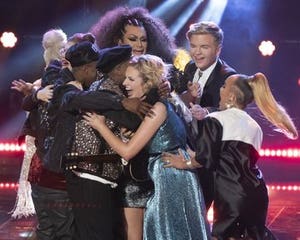 Cartelli's well-deserved win also helped first-time coach Clarkson -- who also got her start by winning a singing competition -- secure bragging rights going into future seasons. The connection between the two was palpable from the moment Clarkson turned her chair around for the young singer during the Blind Auditions. Clarkson boldly declared she could win with Cartelli on her team, even if the teenager was the first contestant Clarkson had ever turned her chair for on the show.

Despite a last-second turn from Blake Shelton, Brynn admitted she'd been a lifelong fan of Clarkson, so her choice of coach was fairly obvious. And it would prove a fruitful collaboration, as Brynn easily soared through the competition, improving both in voice and stage presentation each week until she found herself in the finals. 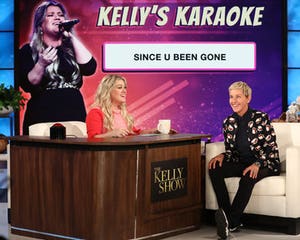 From the first night to the last, it was Brynn Cartelli all the way. And now that her dream has become reality, she's discovering there is some anxiety that comes with it.

"I'm nervous about a lot of things. I really hope-- I really don't know how much my life is going to change. Going home is a little scary thinking about what's going to happen there," Cartelli told TooFab. "I'm literally still only a 15-year-old girl. A lot of people have a hard time understanding that, but I'm the same person I was when this all started, just older and learning a lot more about what I want to do with myself, and way more about the world and enjoying them more than I did before. It's exciting, but it's also scary at the same time, and I just hope that it's all good and I'm really actually excited for it."

So what comes next for this musical ingenue? She may not know yet, but she's certainly excited about the journey to come.

Do you think you might go on tour with Kelly?

I don't know (laughs). I hadn't really thought about that. That would be cool, though.

Was there a certain performance or a certain moment in the competition when you thought you could actually win this thing?

Uumm, no (laughs). I did not think I was going to win until I heard my name called by Carson [Daly], and that's the truth. I literally had no expectation at all and I had no idea. I had moments where I was like, 'Maybe this [performance] will get me through,' but I never was like, 'This is gonna make me win!'

One of the best performances that I thought was really good for me was 'Fix You,' by Coldplay, because it's really emotional and it connects to a lot of people. It also has a universal message and I think anyone can relate to it.

Well, Kelly was pretty confident. One of the first things she said after she turned her chair for you was that she felt she could win with you. What was it like hearing that?

Honestly, during the [Blind Auditions] I don't even remember her saying that, but watching it back she clearly did. It was so crazy! She had that belief from the beginning, and I never believed it. But here we are. She was right, and so it's really, really cool.

What's the biggest thing you learned from your time on the show?

At the beginning of this whole experience, I wasn't really sure who I was as an artist. Now, looking back, I can't believe still that I made it this far, but I've learned a lot. I do have an idea of what path I want to go down. I always talk to Kelly about my choices, just really trying to get my point across about what I want my sound to be. It's really important to me that the music that I release is true to me and important to me.

You've talked about your growth as a songwriter. Do you have any songs you've written that you'd like to get onto your album or do you think you're still honing your craft?

I'm still working on my craft, but I have a lot of songs and unfinished things like a chorus that I don't love the words or a verse that I need to fix. When I get with other artists and [songwriters] and we talk about it, I think that is only going to help me grow and I'm really, really excited for that, because I want to be part of it and I am so desperate to learn more. I have so many ideas, I've been talking to Kelly about them all day. I'm just really excited.

You performed with Kelly Clarkson and Julia Michaels on the show. Are there any other artists you'd like to work with or perform with? Maybe you can get Kelly working on that.

Yes for sure (laughs). Definitely. I really want to work with at some point-- I know she just got married, but Tori Kelly has been somebody that I've always loved so much. It's a little ridiculous, it's true, and I'm sorry. But I really want to sing with her. 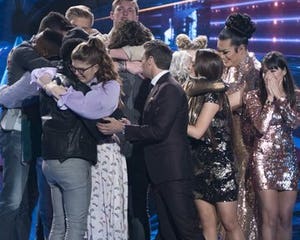 Do you think it's fair that "American Idol," "The Voice" and shows like them face criticism when America seems to be voting out people of color before their white counterparts, regardless of talent?

I don't think that's what it's about. It's really about song choice and I think it's what people connected with. When I think America is blaming the shows for it -- and I think that there's been a lot of criticism toward the show -- but it's really not in the show's power. It just so happened that Maddie [Poppe] and Caleb [Lee Hutchinson, the winner and first runner-up, respectively] on "American Idol" are both extremely talented.

Everyone connects differently with different things. Whatever happened happened, but at the end of the day, everyone was talented no matter what their race or gender or sexuality is. It's something to be said when there is uniqueness. It's definitely complicated, but it's all about the music. When people focus on other things, I think that's when it gets lost and I would just rather focus on the music of it all. 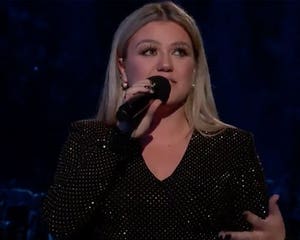 "America's Got Talent" crowned a 12-year-old winner last summer, and now you're the youngest-ever winner of "The Voice." With the Parkland students still in the national news, why do you think young voices are connecting with people right now?

We're really connecting with what's going on in the world because I think we're so vocal about what we feel and want to change. We just want to be in a safer place. I think it's just working because it's a lot of us staying together. We're trying to make positivity out of all the violence and everything that's going on. I think it's really important that everyone stick together and face this, like debating instead of all fighting about it. 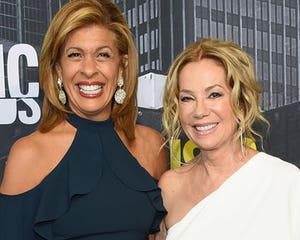 Hoda Kotb and Kathie Lee Gifford Audition for 'The Voice,' Like for Real

With all the talk about #MeToo and harassment in the entertainment industry, have your parents expressed any concerns about you entering into it, or have you talked about it?

Yeah, we've talked about having a really strong support system and surrounding yourself with good people who love you and who you love and who will lift you up and not try to bring you down. I have a really good support system already and [Kelly] has introduced me to her team, and they're amazing. I still have to meet them all and figure out what comes next for me in this whole experience.

Have you thought about doing anything beyond music in entertainment?

I mean, I love acting. It's something that I've been doing. I did theater when I was younger and I'm not the best actor ever -- I haven't done it in a long time -- but hey, if an opportunity presented itself I would take it! 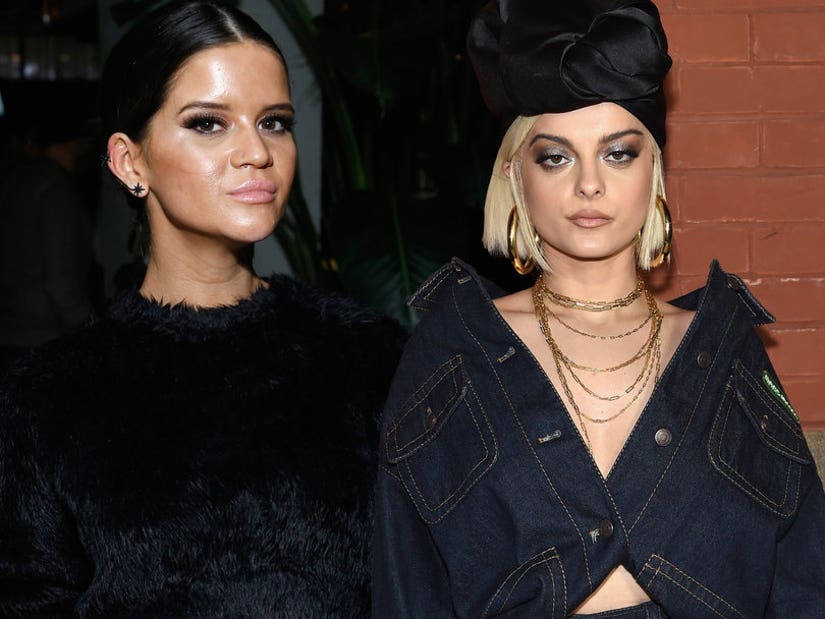