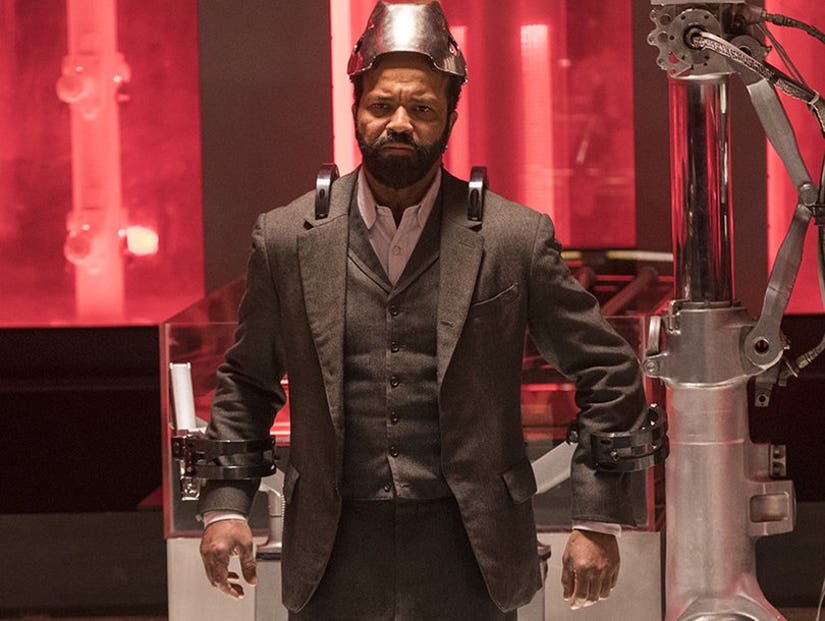 Some weird stuff is going down in "Westworld" right now, and while it might not be crystal clear just yet, we feel like we're approaching the bigger picture. Or, you know, maybe not because it appears one of our biggest out-on-a-limb theories didn't pan out.

Hey. Don't laugh. We're guessing just like you are. 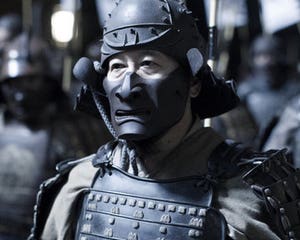 Getting crazy with it is half the fun, though, right? So let's jump in to last night's episode, "Phase Space," and get a little crazy together.

Well, We Guess Maeve Really Did Have A Daughter

Look, we can't get everything right — there'd be no fun in it. It just sucks that one of our triple-A, weirdest, most out-there theories didn't turn out to be true. And just ONE WEEK after we worked up the courage to put it on the list.

Maeve did have a daughter, and she found her.

We were excitedly sure we were onto something with her memory flashing back to the Ghost Nation showing up for her daughter, and that the Ghost Nation seems to be keeping humans safe. Here's the thing, though: the Ghost Nation still showed up when current Maeve returned (what timing!), and still said the girl needed to come with them. Why? Why is she so important?

Is it just part of the storyline they're in, or does it still mean something more? 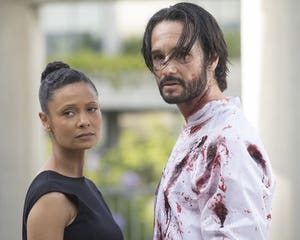 Honestly, we're not super surprised that Ford is back in the game — he basically never left. We've seen him pop up in flashbacks and seen him pop up as creepy children robots, so it wasn't a HUGE shock to see him playing the piano at the end when Bernard threw his "Minority Report" robot brain ball into the hivemind Cradle server room.

Still, now we get to start guessing why and how he's there! Is he just code, or did they work out the kinks of uploading a real brain and consciousness to the system, like they were trying with poppa Delos?

Also, we've heard already that the Cradle gets destroyed (or should I say Cr4Dl like the show? Cool.) from the Bernard/Beach timeline, so there's still a lot of crap about to go down. 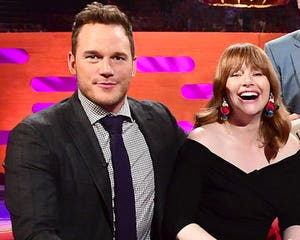 In case you forget, Dolores and Wyatt are one in the same. We've seen her moving closer and closer to becoming Wyatt for real, though, and that could put a wrench in her plans. Why?

Because Teddy's main story was to fight and kill Wyatt.

Now that Dolores has taken the digital leash off Teddy, we can see she's already starting to regret it. He's just not the same! We mean, sure, his butt is probably the same (remember when we saw his butt?) but it's just not as… tender… as it once was.

So, by trying to force Teddy to be more like her, did she seal her own fate? Will Teddy kill her in the end? 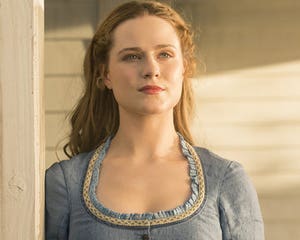 What Does Ford Have In Store For The Man In Black?

Since the Man in Black (Ed Harris) left his own daughter with a bean-shoveling robo-cowboy instead of doing as he promised and leaving Westworld with her, we can't help but wonder what he thinks his prize will be for completing Ford's new game for him. Especially if he's choosing it over his own daughter.

It can't be good, and in fact it feels like it'll probably be a straight up punishment for his relationship to Westworld and how he treats his IRL family.

Or, maybe, like we said a while back: maybe the Man in Black is a host that Ford is trying to bring into sentience. When he brings up the elephant memory to his daughter, she catches him mis-remembering it. He gets a weird looking expression on his face, almost as if her saying that went against his program memory.

Or, maybe it was just an acting choice on Ed Harris's part. 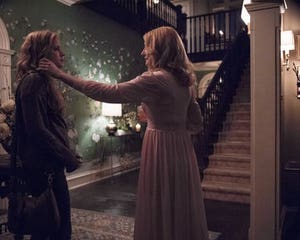 Are We Gonna Have To Go Back And Watch Season One?

Right at the beginning of this episode, we saw a meeting between Bernard and Dolores, one where it was revealed that Dolores was in control — and testing Bernard for "fidelity" just like William was testing Mr. Delos.

Given that information, was every single scene we saw Bernard chatting with Dolores from Season One part of the same series of tests? If so, we might need to go back and look for clues!

We're gonna be real with you right now: we probably won't go back and do that. It sounds real tedious. BUT, it makes sense that they'd have something (Dolores) with a perfect memory do the testing, right? 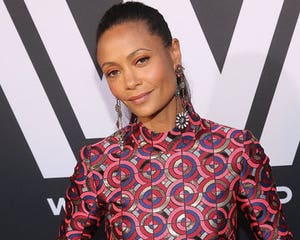 Let's Talk About That One Ridiculous Theory Again

Okay, remember how we've said more than once that we know some folks who are guessing everyone gets shrunk down to go inside the parks?

Well riddle us this: if the parks are all normal size for normal size people, just incredibly vast, at what point to we draw the damn line? We literally saw Mt. Fuji in Shogunworld tonight. Is it some sort of perspective trick for the guests, or can they go climb that junk?

Finding enough space on Earth for a playground the size of Westworld would be hard enough as-is, but we're talking about six parks. And they're all connected to each other.

Where in the hell is there enough space for all these places and landscapes?

Honestly, we're still pretty sure that this theory is as ridiculous as it sounds, but we absolutely love that it's still alive. 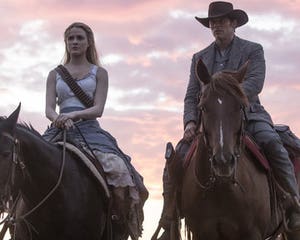