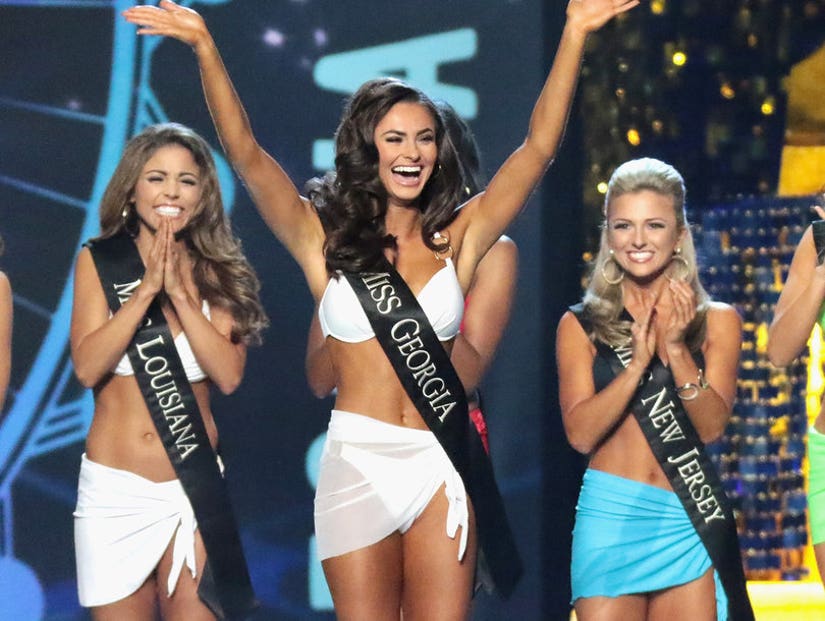 "We are no longer a pageant. We are a competition," Gretchen Carlson said Tuesday while announcing sweeping changes to Miss America ahead of the Sept. 9 event, which will no longer feature a swimsuit or evening gown portion.

The news sent the former beauty pageant straight to the top of Twitter's trending topics as people tried to wrap their heads around this new direction. Outrage poured out, followed by outrage over the outrage as many defended the #MeToo- and #TimesUp-friendly decision to those railing against it.

"We will no longer judge our candidates on their outward physical appearance," the former Fox News host and Miss America chairwoman explained on "Good Morning America" Tuesday. "It's going to be what comes out of their mouth that we're interested in when they talk about their social impact initiatives." 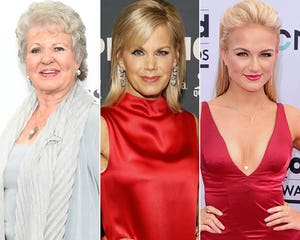 Miss America has long come under fire for parading women across the stage in swimsuits and high heels, judging its contestants on their physical appearance for college scholarship opportunities. That scrutiny was intensified in late 2017 when internal emails were leaked that revealed top leaders were making lewd and disparaging comments about former contestants and winners.

JUST IN: "We will no longer judge our candidates on their outward physical appearance. That's huge. And that means we will no longer have a swimsuit competition." - @GretchenCarlson on the major changes coming to @MissAmericaOrg https://t.co/ICRIsRN71h pic.twitter.com/IWKcVvCC50

The CEO and chairman, who were both men, stepped down in late December, with Carlson taking over the position of Chairperson. She pointed out that the CEO is now women and that the mostly female board supports this new direction. It remains to be seen if the viewing audience will.

When asked about any ratings concerns without the swimsuit category, Carlson said, "Interestingly enough, that's not a highly-rated part of the competition. People actually like the talent part." 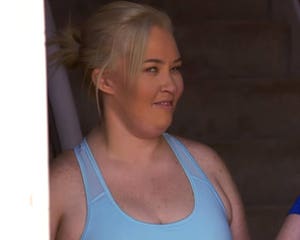 Mama June Fights Weight Gain and Trains for Beauty Pageants In New 'Mama June: From Not to Hot' Trailer

Feast Your Eyes on the Division Below:

BREAKING: Miss America scraps swimsuit competition & will now only judge contestants on their brains & charity work, not their beauty. This is not a joke. pic.twitter.com/IVVXaYwDw3

Miss America is scrapping its swimsuit competition, and will no longer judge contestants based on physical appearance. pic.twitter.com/FUIQ5djNVA

So by eliminating judging based on appearance, as well as removing the swimsuit competition, Miss America will end up being a very boring version of "America's Got Talent".

Why can't women have a contest based on appearance if they want one?

The people acting like someone murdered their dog because Miss America is getting rid of the swimsuit portion are exactly why it needs to be gotten rid of. Women are more than their physical appearance. You're just mad you can't gawk at them like meat anymore

In other words, it's utterly stupid.https://t.co/rG6w40rRI0

Men are really upset about Miss America getting rid of the swimsuit segment, which tells me too many pervs have been watching, which justifies no swimsuits.

CHALLENGE: Any man upset about this, please post a pic of you in a skimpy swimsuit, and let us all judge you.

Isn't there anything that doesn't bother liberals. A iconic program torn apart by people who are offended.

R.I.P. Miss America as we know it 😞 As a former Miss TN and someone who competed in the system...I'm ok with the swimsuit part being scrapped, even if it's what challenged me the MOST, but NOT a fan of dropping the Evening Gown portion 👎🏻 so in protest, I throw it back. pic.twitter.com/8GLDdARPLz

Getting rid of the swimsuit competition in the Miss America pageant is like when McDonalds tried to be healthier and everyone was like “no, we just want a burger”

All these dudes getting upset about Miss America ditching its swimsuit contest are making me cringe.

Idgaf about this lame contest, but damn are these grown men who watch it perverted. pic.twitter.com/IM31dx3aUg

A few of my thoughts as a former Miss Texas on Miss America's decision to eliminate the swimsuit competition. #byebyebikini pic.twitter.com/2KFsAMUwoj

Miss America is finally scrapping the swimsuit part of the competition. About time.

“2019 Final Year for Miss America”. There. Fixed the headline for you.

No swimsuit competition for Miss America? Where will middle aged men get to see boobies now? Tragic. If only there existed some place online that has boobies

Miss America has decided under Gretchen Carlson that there will be no more swimsuit, evening gown or for for that matter ratings. #MissAmerica

Miss America ended the swimsuit competition? I guess we're left with everything like such as then.

Miss America is dead. Just waiting for the enterpernaur who creates the NEW Miss America with all the old features. Good publicity stunt.

Love that the Miss America organization is finally realizing what true beauty is. Beauty is not just skin deep