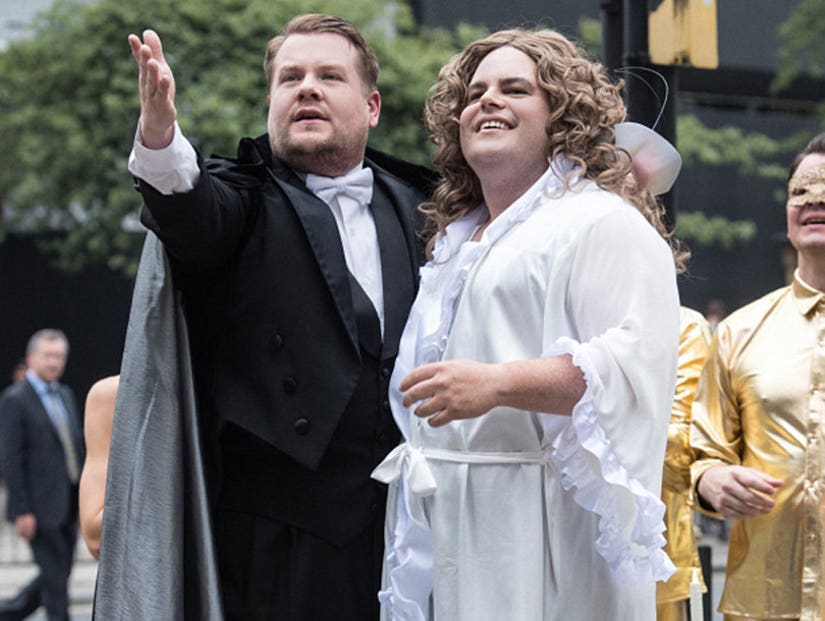 "The Late Late Show with James Corden" made its way across the pond on Monday night, where the host honored British composer Andrew Lloyd Webber with a medley of hits ... performed in the middle of the street.

"There are really only two events that everyone in Britain circled this year," said Corden during the sketch. "One, the royal wedding, which happened and this, 'Crosswalk the Musical.'" 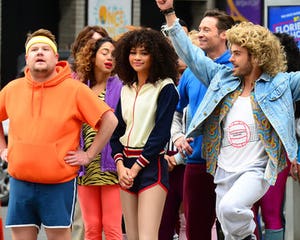 The host said they decided to pay tribute to one of the "true legends of the stage" with their London-based performance, as Webber himself came out to give a few pointers and watch the "show" from the comfort of a lifted platform next to the busy road.

Corden began by singing "Don't Cry for Me Argentina" from "Evita," donning a blonde wig and white gown for the number. "Patti LuPone, Madonna, Elaine Paige ... I don't want to say it, but I think James Corden is the top of the list," the host said after singing. Webber didn't agree.

He then had his entire crew change into fur-lined costumes to do "Jellicle Cats" from "Cats," before Corden ended his performance by drinking milk straight out of a bowl.

When it came time to tackle "Phantom of the Opera," however, Corden had one problem: they didn't have a Christine Daaé, the lead female character from the show. That's when Corden recruited an actor who had been in one of his past "Crosswalk the Musical" episodes, "Beauty & the Beast" star Josh Gad. 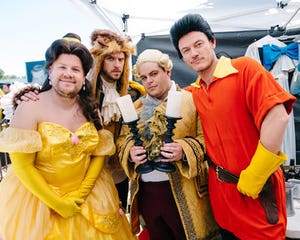 The move paid off, as Webber said Gad was "gorgeous and marvelous" as the damsel in distress.

Corden then brought it all home with a song from "Joseph and the Amazing Technicolor Dreamcoat" -- watch the full video above! 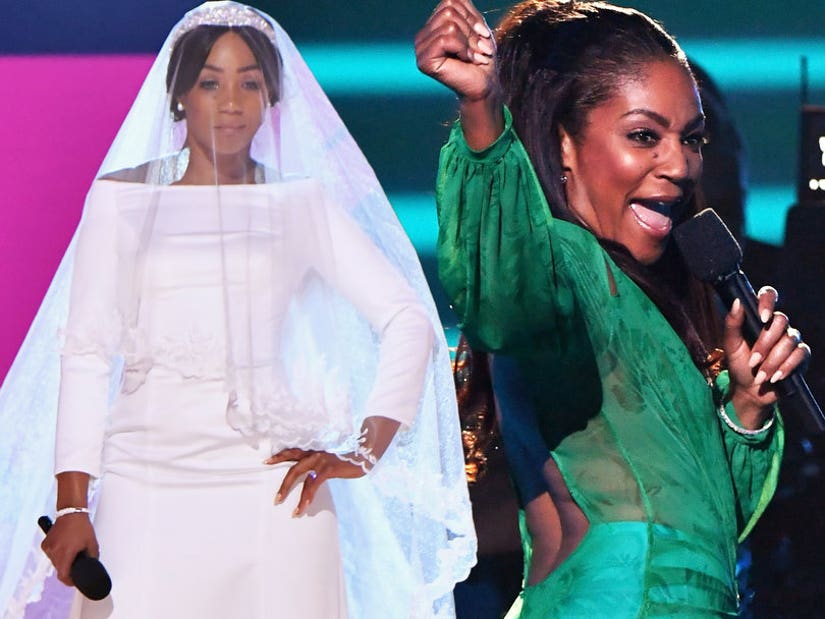