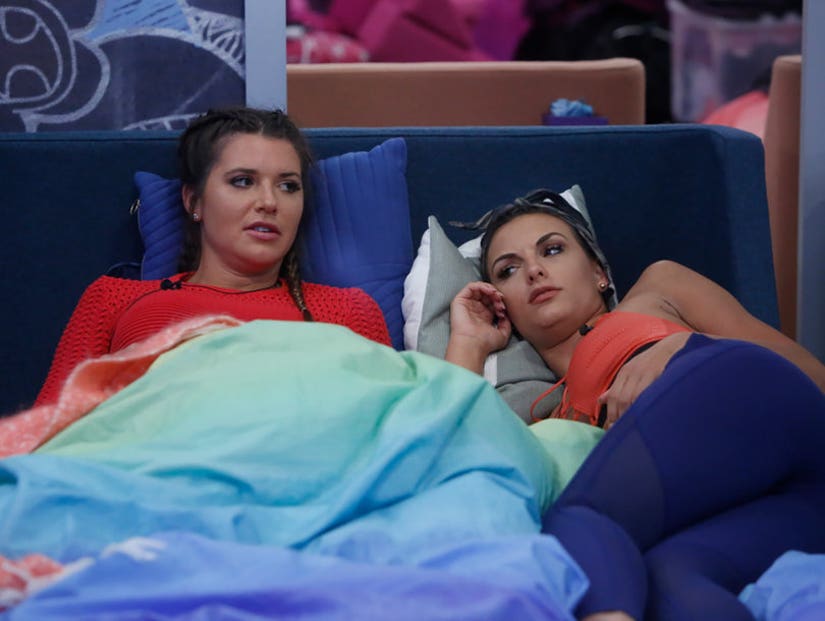 The live feeds for "Big Brother" haven't even been up for a full week yet, and already the racism has begun. Sadly, that's par for the course on the long-running reality show, and so is the social media outrage that will have no affect whatsoever.

It all went down on Monday when Season 20 Houseguests Rachel Swindler and Angela Rummans were sharing a hammock in the backyard. The two young women started comparing their tans, as you do, when things started to get a little sketchy, as detailed by TMZ. 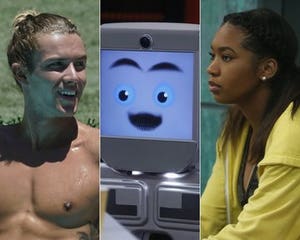 Based on the online response to this exchange, there are many people who are struggling to ascertain exactly when things took a racist turn, but we think it's pretty clear. But don't worry, if you're not sure, we'll break it down in parentheses to help you out.

RACHEL: My stomach is as dark as Bay's. (Our first red flag that this conversation is heading nowhere good. Bayleigh Dayton is a fellow Houseguest who happens to be black. Not racist yet, but the potential is there.)

ANGELA: I know, I look ghetto here with the skin coloration. (There it is! And if you don't see why associating skin tone with ghetto is racist, then you just might be a racist. No, seriously.)

ANGELA (cont'd): And If we have nothing to do tomorrow or the next day, I'm gonna look--

RACHEL: I can't be in the sun for two days straight.

RACHEL: I'll look like a frikk-- I will look-- (It sounds like Rachel is either struggling to find the word she's looking for, or maybe struggling to find a different word than the one in her head because she knows it's totally racist.)

RACHEL: I will, legit, I will change ethnicities. I mean, I already have, basically. (Okay, this one is borderline, but not necessarily racist because different ethnicities often have different skin tones, so Rachel is still hanging in there.)

ANGELA: But it looks good. 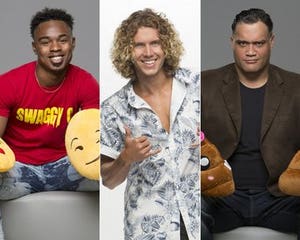 'Big Brother' Blowout: First Head of Household and Nominations Tear the House in Half, Reducing a Robot to Tears

The response on social media was near universal condemnation, with many patiently explaining to their defenders why "ghetto" and "not be good for me" as comments are institutional or systemic racism at best. The young ladies may not be malicious racists, but that doesn't mean there isn't racism in their words.

And while many were calling for CBS to condemn the comments, or even eject them both from the game, a very small minority disagreed. While agreeing that the comments were problematic, they are also representative of the systemic racism in America, and isn't that what a show like "Big Brother" is supposed to expose? We don't have to be comfortable with it, but it is real.

And based on the social media response, we are most definitely not comfortable with it. Check out video of their conversation, taken from the show's live feeds, and those responses below:

Rachel: My stomach is as dark as Bay.
Angela: I know. I'm looking ghetto here with the skin coloration.
Rachel: I can't be in the sun for two days straight. I will change ethnicities. pic.twitter.com/mfm4V36Vdd

“leave race out of big brother” racism is a part of this show by design. It's a social experiment. CBS profits off of the opinions and views of the hgs. Some of you have the privilege of it not being at the expense of people who look like you every year. This is America #BB20 pic.twitter.com/uSVq6GEo8m

Look, I get it. Having racism on season after season sucks. But can we stop with asking CBS to interfere every. single. season. The only time they should be interfering only if somebody's health or safety is at stake. Big Brother is supposed to be watching, not scolding. #bb20

I've had time to sit on the comments Angela and Rachel made. Stuff like that is more than a game, it's real life. Having dark skin does not make you ghetto. If you're defending them, you're also part of the problem. #BB20

One thing I hate about #BigBrother #bb20 is that when you call white contestants out for being racist trash, white people on Twitter get SO Upset. You're more mad about being called a racist than actually exhibiting racist behavior?! pic.twitter.com/I106Gr7V4V

The racism is jumping out on big brother live feeds already I see pic.twitter.com/bcjvMAkhBD

Angela probably meant her uneven tan looked ghetto, but it's Twitter in 2018 so I'm not surprised everyone is screaming "RACIST!" #BB20

Y'all ain't gotta look hard to find racism on Big Brother. For 20 seasons CBS has funded a reality tv series with a PREDOMINATELY WHITE cast. Using your economic prowess to promote white people, esp. white people w/ prejudiced views, is racism. The proof is in the mayo!!! #BB20 pic.twitter.com/mIpCrpChAQ

Girl... all this racism on Big Brother... what's going on here.

Angela described her skin getting darker as “ghetto”..... pic.twitter.com/SdxPZ2ta7j

Not at all surprised by the racist stuff. Big Brother pulled the curtain back on these yt folks a long time ago. #bb20

The whole color thing was taken out of context on big brother. Angela shouldnt have said ghetto after Bayleigh's name was put out on there. but sooooo out of context

Let's get 1 thing straight, her saying she was dark was not the racist part, it was Angela saying she was looking ghetto by her skin coloration. Like someone's skin color defines if they are ghetto or not! Don't defend foolishness! pic.twitter.com/JlgYi1U4b7

I love @CBSBigBrother but yall really do nothing about blatant racism on your show, It happens EVERY single year.

Can everyone please @ TMZ/Shaderoom/BallerAlert/WorldStar so this story can be picked. We need production to start taking racism seriously. If we get a lot of noise going we could really change how this show is cast. I'm sick of seeing the black houseguests treated like this.

No black person has ever won Big Brother. Nothing will change this season. In one way or another, BB is just as racist as America is. #bb20

I guess racism isn't apart of the background checks

@CBSBigBrother stop cutting the feeds to hide the racist trolls! 👏 EXPOSE THEM! #BB20

The MAGA alliance is truly getting on my last nerve. It's only been 4 days since the live feeds have been on & the racism has already jumped out like tf

I was actually starting to warm up to Angela but the comment she was made was very ignorant. When does being black equal to someone being ghetto ? #BB20 pic.twitter.com/ohxwk7k8k8

How tf does getting darker mean “you look ghetto”? I haven't even caught up on big brother but this right here...I don't like them.

If you're Caucasian & you're not sure what systematic racism looks like... watch @CBSBigBrother #BB20

Don't get it twisted, Angela was racist with her comment. Not everyone associates the word ghetto to POC. I personally associate it to low income housing. But Angela said it right after a comment about Bayleigh so she clearly linked ghetto to being black. #BB20 pic.twitter.com/Q5Aee3Y7UZ

Angela said she would look ghetto if she gets more sun on her stomach... The racist jumped out. Thanks for confirming that I was right to think you were trash! #BB20

it took less than a week since premiere this time #BB20

Disappointed to hear what Angela said. I didn't know getting a tan made you “ghetto” I've been tanning my whole life & never turned “ghetto” oh yeah that's right, I'm not closed minded. 🙄🤦🏻‍♀️ & Rachel was close to saying something too #BB20

Rachel and Angela, the remarks you made tonight shows how ignorant and prejudice you are. Having dark skin is not ghetto or bad. I know you two think that you're pretty, but your beliefs regarding skin color makes you so ugly. The truth is brown skin is beautiful! #BB20 pic.twitter.com/Ymcw890EDF

PSA: Having dark skin doesn't make you ghetto. Angela and Rachel are trash. And If you don't see anything wrong with what they said, then you're trash too. #BB20 pic.twitter.com/PYx8IFuE5e 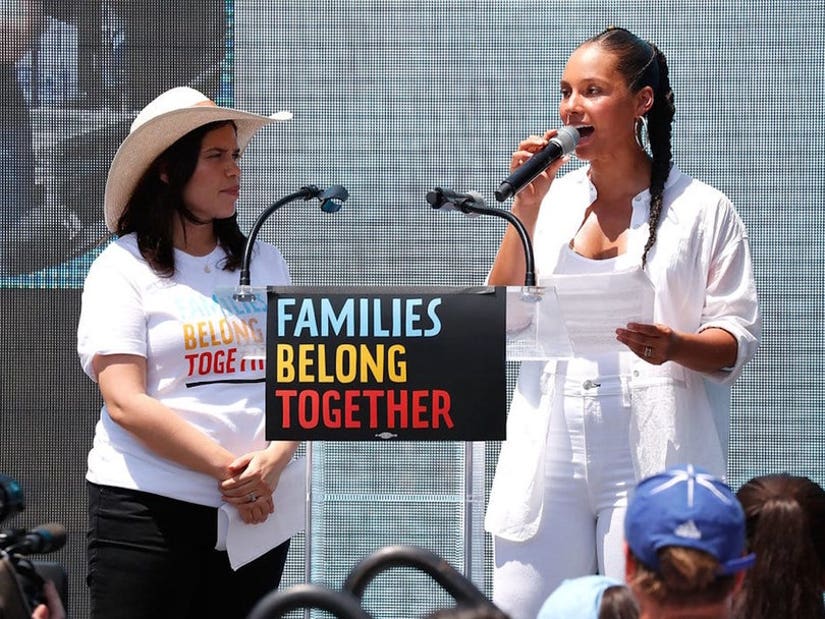