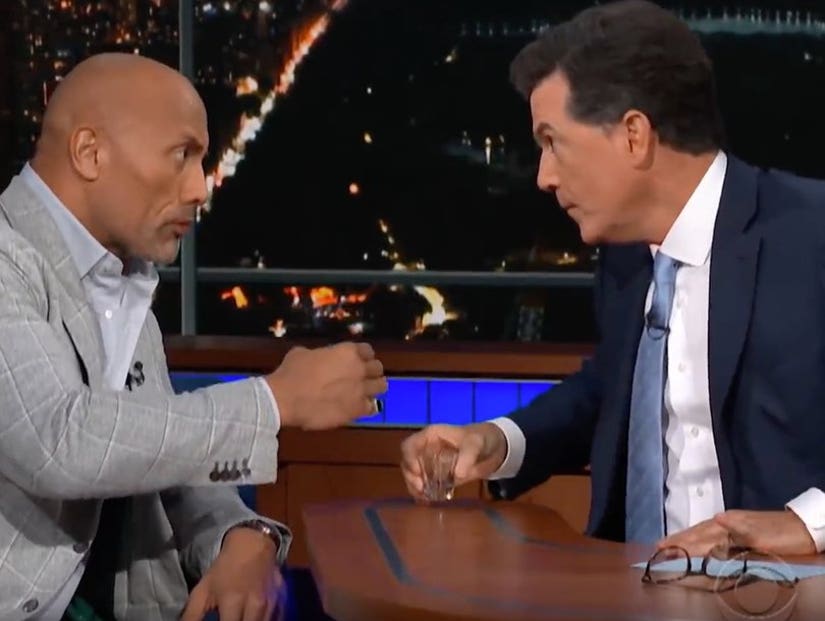 Stephen Colbert interviewed Dwayne "The Rock" Johnson for the first time on Wednesday night and it was a very fun chat, filled with tequila, singing and more talk about the movie star's potential run for president.

The "Late Show" host, who usually dedicates his monologue to making fun of President Donald Trump and other politicians, couldn't resist asking the star of "Skyscraper" if he actually takes the possibility of running for the presidency seriously. 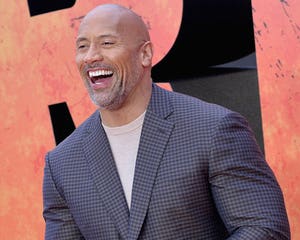 "I absolutely do, yes," Johnson said. "It kind of picked up steam and when it picked up steam, the American public thought, 'That's a great idea.' So when that started picking up, of course when I'm asked, yes, I have incredible respect for our people and our country, so I would consider it."

The audience erupted in cheers, clearly appreciating an aspiring politician expressing desire to get some kind of experience in public office before trying to lead the entire country. And then Colbert switched gears to Johnson's 2011 tweet about Osama Bin Laden's death, which he knew about an hour before the rest of the American public. Colbert wanted to know how.

"I have friends in high and low places," Johnson explained, but refused to reveal his White House source in President Barack Obama's administration. But Colbert had a strong suspicion of who it was.

"It's Biden, right? Biden told you," Colbert joked. When Johnson maintained he "can't say," Colbert seemed even more certain. "It was Biden."

When The Rock's Samoan heritage came up, Colbert asked the actor to "do a little singing" with a Samoan song, and even broke out shots of tequila to warm the performer's vocal chords up.

"Wait, Stephen, you gotta look me in the eye," Johnson said before they downed the liquor, prompting the two stars known for raising their eyebrows to basically have an eyebrow off. And we gotta say, despite The Rock coining "The People's Eyebrow" during his WWE days, Colbert's had a more impressive arch.

The actor continued that gaze into Colbert's eyes as he sang a Samoan song, which you can see in the video above. "It means answer me oh my love," The Rock explained. "I will say, I never looked a man directly in the eye while I sang that."

But that was only the second portion of their lengthy interview. Watch The Rock discuss his family's rich wrestling history, including his grandmother, in the video below.