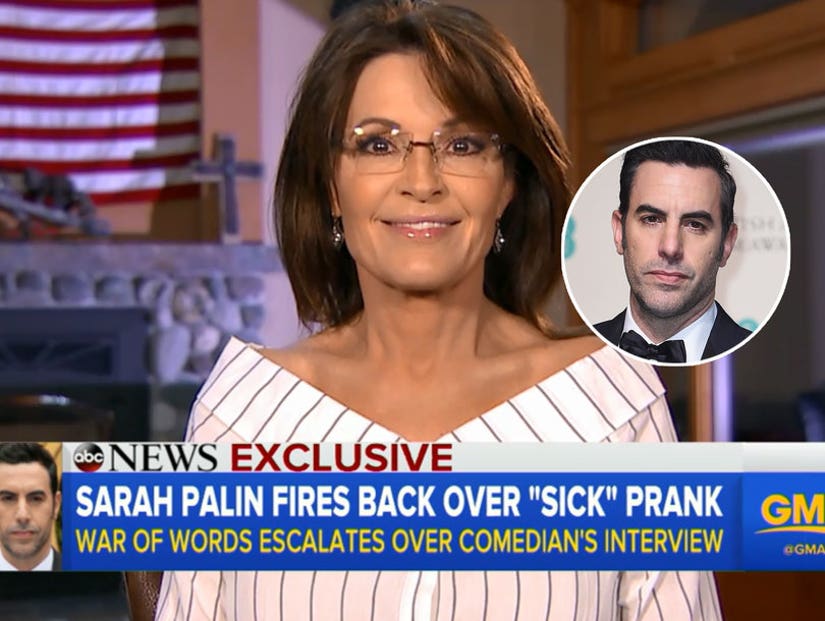 The former Alaskan governor and vice presidential candidate participated in a nearly nine-minute news package about her outrage over being "duped" by the "Borat" creator for his new comedy series, which also tricked political figures Dick Cheney, Roy Moore and former sheriff Joe Arpaio into interacting with Cohen's undercover character or characters, who we'll meet when the show premieres this Sunday. 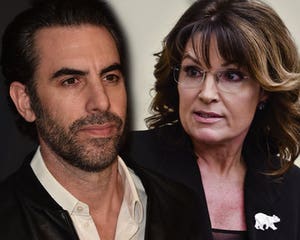 She described the experience that went down last November as a "bizarre, really embarrassing, humiliating interview," and repeated much of what she already stated in a lengthy open letter to Cohen, CBS and Showtime, including a call for the companies involved to donate proceeds to veteran organizations, since Cohen allegedly posed as a veteran while speaking to Palin.

After Palin railed on the show for disrespecting "middle-class Americans" and "the disabled," host Robin Roberts asked a question we were particularly curious to hear the answer to.

"Aren't you playing into what they want? Because many people didn't even realize this show was happening and now this is bringing more attention to it," Roberts said. "Are you concerned about that?"

Showtime, however, has been relying on viral marketing for the show. In fact, we just learned the name of the show four days ago, thanks to eagle-eyed Vulture editors who found a series of posters in Brooklyn over the weekend featuring Cohen's name and the show title, along with the tagline, "You've been warned." Cohen has uploaded a few cryptic videos to his social media -- including one showing former Vice President Cheney agreeing to sign a waterboarding kit -- and Showtime released a teaser that didn't give out any information about the show, simply stating "something huge is coming July 15."

Palin and curious news media have actually done most of the hyping for the show. She even described what went down in the interview she walked out on.

"He started showing me these graphs and statistics that had typos in them and didn't quite look right. Part of this propaganda, this data he was showing me had something to do with sex changes and transgenderism, and then he brought up Chelsea Clinton and said that she was a recipient of a government-funded sex change," Palin explained. "It just got worse and worse and worse as the minutes went on in this bizarre, really embarrassing, humiliating interview. It mocked middle class Americans. It mocked our values, it mocked the disabled. It just got worse and worse, and it was occurring to me, whatever this show is, whatever this interview really is, is all about humiliation and devaluing middle class Americans, whom I represent." 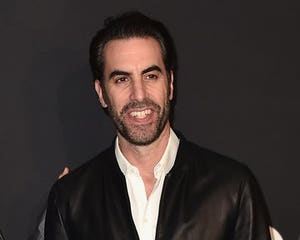 FYI, Palin hasn't held public office since 2009 when she resigned as Alaska's governor and has not announced any intention to seek election for another government gig.

Cohen has since responded to Palin's complaints in character over Twitter, saying his character -- Billy Wayne Ruddick Jr., PhD -- never said he was a veteran.

"I did NOT say I was a War Vet," the letter posted online reads. "I was in the service -- not military, but United Parcel, and I only fought for my country once -- when I shot a Mexican who came onto my property."

Palin's response: "Well this actor this comedian, whoever he is, he's a proven liar, so no one can believe a word he's saying now as to his rebuttal."

"But the tweet or the letter he had posted yesterday, his explanation as to who he really is, the very first line in that that gave it away that even the letter to the public explaining himself is a parody," she continued. "It said he wasn't able to join the military because he had bone spurs in his testies. I mean, you read a line like that and you know, man, this guy he just doesn't quit. He thinks this kind of stuff is funny. And mocking the disabled and mocking and belittling our vets with this portrayal, in my book it's not funny." 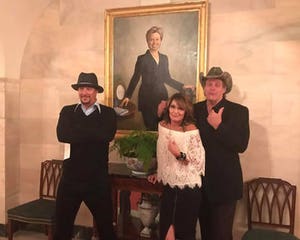 She said she thinks it's "important" for her to be speaking out about the show to "let people know what's coming."

"And if people tune into this show, then they're going to see how middle-class Americans are mocked and our values are mocked," she said. "This comedian too, he mocks gays, he mocks jews. He does these other episodes where the intent is to humiliate. It's to parody something that is important to an individual or an entity or a group of people. Again if people do decide to tune in -- they're going to hear about it anyway -- if they tune in, well the ill-gotten gains from CBS and Showtime, those I say need to be donated to those who deserve the gains." 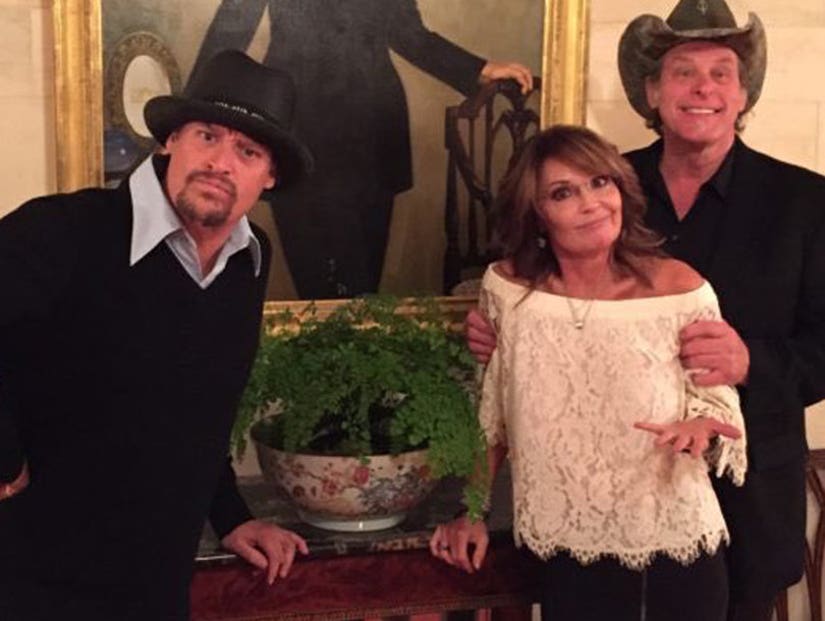