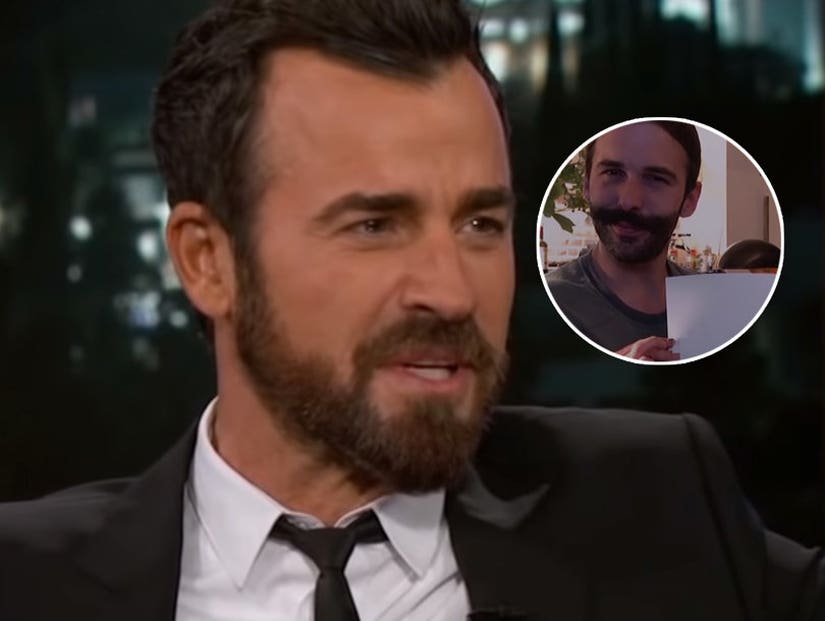 Justin Theroux is now a part of the "Queer Eye" "wolf pack."

"The Spy Who Dumped Me" star told Kimmel that as a "big fan" he thought he'd reach out to the reality stars and invite them to Easter. 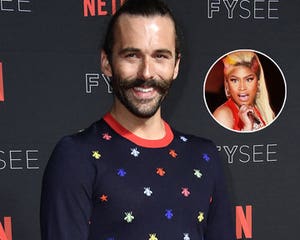 "I was a big fan of the first season and kind of binged it," Theroux said Monday night. "I did one of those things that I've never done before in my life. was with some friends, it was Easter. And I was like, I'm just gonna DM them because I saw in [Jonathan's] stories that he was in New York."

After that evening, Theroux was now part of their "wolf pack," and mentioned that whenever they're in town it has become a "thing" for him to hang out with Van Ness, France, and Porowski. During one of their hang outs, the conversation turned to sex. It was at this moment the actor realized the guys had absolutely no clue what a vagina looked like.

"It became clear that at least Tanny and Jonathan did not know what a vagina looked like," Theroux said. "I thought that was kind of a teachable moment. I got very excited. I went upstairs and I got art supplies and I said, 'We're going to all draw vaginas,' because I was dying to know what in their brain that looked like."

Theroux brought Van Ness' hilarious drawing of what he came up with. Although it was blurred out on Kimmel, the late-night host described the sketch -- titled "Le Vagine" -- as more batlike than a female body part.

Although "The Leftovers" star jumped on that "teachable moment," he had hoped that he himself would get coached from the makeover experts.

"That was kind of the hope that I'd get these great tips and I'd have a makeover of my house, but actually it's the opposite," Theroux admitted. "I'm usually the one doing the shopping, like, 'Oh my god, the guys are coming over!' Antoni made me nachos once, but that was the extent of it."

Theroux, who said he goes shopping with the "Queer Eye" stars, even ended up helping Van Ness create a DIY crop top during PRIDE week in New York City. However, everything didn't work out as planned.

"They like some of the stuff that I have in my house. One night we were hanging out and were about to go out and then Jonathan realized he needed a crop top," Theroux recalled. "I got a t shirt and I cut off the sleeves...we wanted to do a crop top that had the tassels."

"The malfunction was we didn't have beads at the bottom that weighed it down, so it just looked like curly fries," he added. "My best crop top."

"The Spy Who Dumped Me" hits theaters August 3rd.