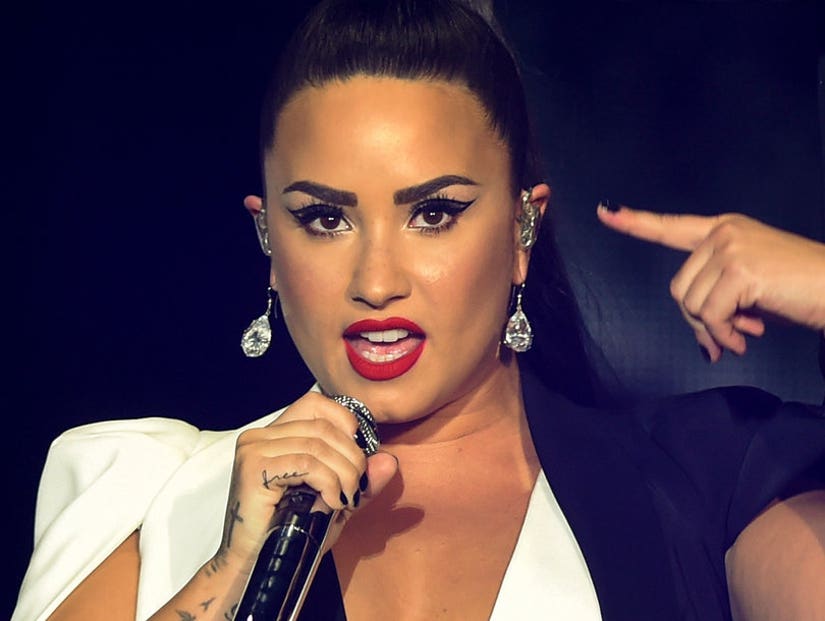 Demi Lovato's overdose shocked and saddened fans and Hollywood stars alike on Tuesday, and updates have been pouring in fast and furious ever since.

The 25-year-old pop star was found unconscious in her Hollywood Hills home and rushed to a Los Angeles hospital.

She was reported to be in stable condition by multiple outlets yesterday, but fans were kept eagerly waiting for some kind of official confirmation. Meanwhile, TMZ -- the outlet that broke the bad news -- got conflicting reports about the drug that caused the overdose. By Wednesday morning, we learned what Demi was up to the night before her health scare. Here are the latest developments. 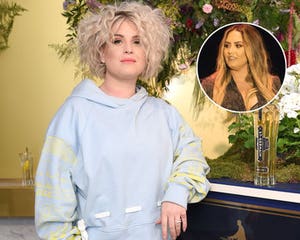 People reported Thursday morning that Demi got a visit at the hospital from her ex-boyfriend Wilmer Valderrama on Wednesday.

The former couple dated for six years before calling it quits in June of 2016.

The YouTube star posted a meme with pictures of Demi in a comic about a girl asking her parents for money so she can buy heroin "like a boss." Obviously, it did not go over well, and he posted an apology late Wednesday night.

Deleted meme. I didnt mean anything with it and I didnt fully know about the situation. I realize now it was insensitive, sorry!

TMZ reported Thursday morning that Demi's team was aware she was spiraling and staged an intervention "for her drug addiction," and it did not go well.

Her team -- including former manager Phil McIntyre -- reportedly wanted her back in rehab, but she wanted to continue to party.

Rehab in Her Future

It's a natural assumption that Demi will seek help after this close call, considering she's done so before while struggling to stay sober, but now E! has cited a source that said Demi is planning to head to rehab once she leaves the Los Angeles hospital she's currently being treated in.

"She had been partying for 12 straight hours and it caught up with her," the source told E! News. "This was going on for a few weeks and the warning signs were there. She slipped up and thought she could handle it. This is obviously a huge wake-up call. Demi doesn't want to die and she's very grateful to be alive. She will be leaving the hospital and heading straight to rehab. Her family has been by her side supporting her and is getting her the help she needs."

The E! article spoke to five different people within Demi's circle, including an eye witness who claims to have seen her taking shots Monday night at a West Hollywood bar called the Saddle Ranch. According to the article, they were celebrating her choreographer's birthday.

Source Claims It Was Not Heroin

Though law enforcement sources told TMZ Demi's OD was an apparent heroin overdose, a source close to Demi later told TMZ that it was not heroin. The source, however, did not reveal what substance Demi may have taken.

Fans got welcome news on Tuesday night when Demi's publicist released the first statement on the singer's well being.

"Demi is awake and with her family who want to express thanks to everyone for the love, prayers and support. Some of the information being reported is incorrect and they respectfully ask for privacy and not speculation as her health and recovery is the most important thing right now." 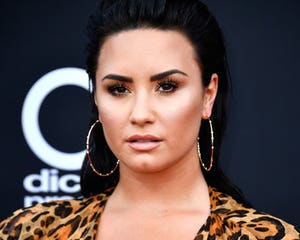 On Wednesday morning, TMZ reported that Demi was out Monday night celebrating a friend's birthday at Saddle Ranch in West Hollywood, where she seemed happy and lucid.

Demi seemingly continued the party at her Hollywood Hills home, where her overdose took place. Law enforcement sources told TMZ that when first responders arrived at Demi's home Tuesday just before noon, they were told there had been a party. By the time help arrived, the partygoers were nowhere in sight.

According to TMZ, Members of Demi's team were present when first responders arrived, but provided no information about the drug or drugs that caused her to OD. It's unclear when the party broke up, or if people scattered once it became apparent Demi was in trouble.

She Forgot the Words to 'Sober'

Two days before being rushed to the hospital, Demi forgot the lyrics to her newest single, "Sober," which was the last song of her Paso Robles at the Mid-State Fair concert. Video footage of the hiccup was irrelevant until news broke that she had overdosed.

Demi was captured onstage fumbling through the lyrics before admitting, 'F--k, I forgot the words." That was Demi's last performance before being hospitalized.

The Jonas Brothers Reach Out

"Like all of you, I am thinking of Demi Lovato right now. She needs our prayers and support. We all know how strong you are, Demi. #PrayForDemi," Joe tweeted.

Nick posted, "Like all of you, I am reeling at the news about Demi. All of us love her and need to pray for her to get well. She is a fighter, #PrayForDemi."

Like all of you I am thinking of @DDLovato right now. She needs our prayers and support. We all know how strong you are Demi. #prayfordemi

Like all of you I am reeling at the news about Demi. All of us love her and need to pray for her to get well. She is a fighter. #prayfordemi 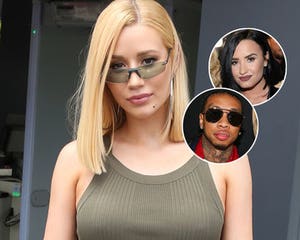 The pop star, who's just a year younger than Lovato, called the situation "very sad" when TMZ caught up with him in a Los Angeles parking garage.

"No, I haven't talked to her but my prayers go out to her and her family for sure," he said. "I thought she was sober. That's terrible, right?"

"I am knocked down over Demi, and I pray that she recovers quickly and finds sobriety again. It is work, hard work, but with support and love, she will succeed," she wrote.

Read the concerned mother's entire note below, which Ariana also shared with her millions of followers.

Selena Gomez's Mom Speaks Out, Too

"13 Reasons Why" executive producer Mandy Teefey, who watched Demi grow up alongside Selena Gomez, rarely uses her Instagram, but posted an old photo of the longtime friends in honor of Demi.

"The world is a better place because of these infectious smiles. My heart hurts," she wrote in the caption.

Fabletics Is Standing by the Brand Ambassador

Kate Hudson's athletic apparel company Fabletics is standing by their girl, who began working with the brand a year ago when she designed and modeled her own collection of Fabletic clothing.

"We are deeply saddened to hear the news about our friend Demi Lovato, who has inspired so many of us throughout her journey We send her our love and support as she finds the strength to recover," the company said in a statement.

Sharon Osbourne offered her support for Demi on Wednesday's "The Talk," saying, "I think Demi admitted a couple months ago that she had a slip with her sobriety, and I think what a lot of people don't understand about addiction, whether it's drink or drugs, it isn't a choice, it's something you're born with, and every day is a battle."

"I know people who have been sober 25 years who have had slips, even longer, and have gone out again, and it's a battle that she will have to fight every day of her life. And it's a hard battle. Every single day," she continued. "I think that she's done amazing with her life so far. She's had a slip, the one thing that is so bad is, is that obviously it can affect whether you live or die when you have a slip, but thank God she is awake, she is with her family, she is dearly loved by her family and her fans all over the world, everybody adores her. I just think that she is the bravest little girl I know. She constantly fights. She's constantly open with her battle that she faces every single day of her life... I just wish her more strength."

"Demi, you're a fighter. You can win this war, one day at a time," Sharon concluded.

On Wednesday afternoon, one of Demi's upcoming concerts was canceled.

Demi was scheduled to perform Sunday, July 29 at Echo Beach in Canada at the RBCxMusic benefit for Kids Help Phone with special guest Jason Mraz, but in light of her OD, Live Nation Ontario announced it would not be happening.

Dear Friends,
Due to circumstances beyond our control, we will not be playing in Toronto this weekend. My sincerest apologies to my fans and to the fans of Demi Lovato. We wish her good health & recovery. https://t.co/BtZBCBIJJL 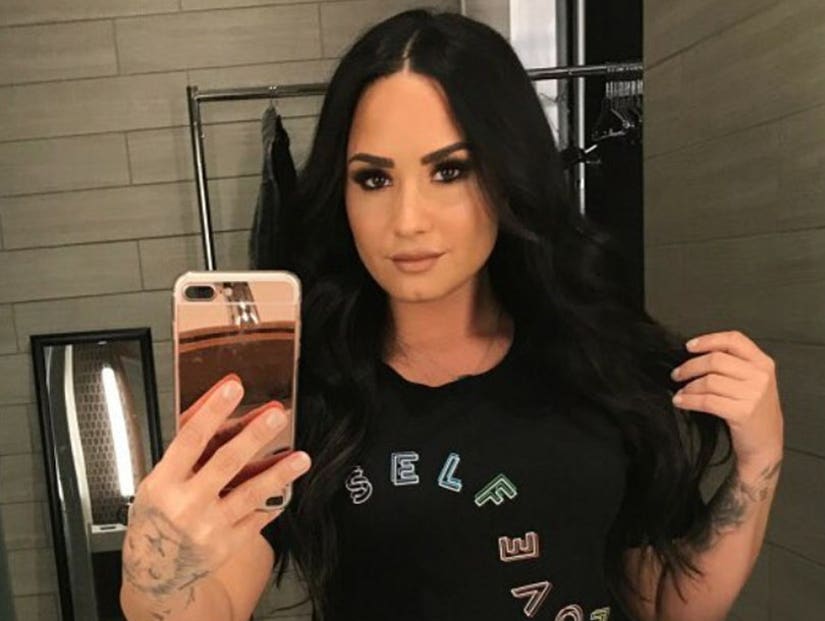