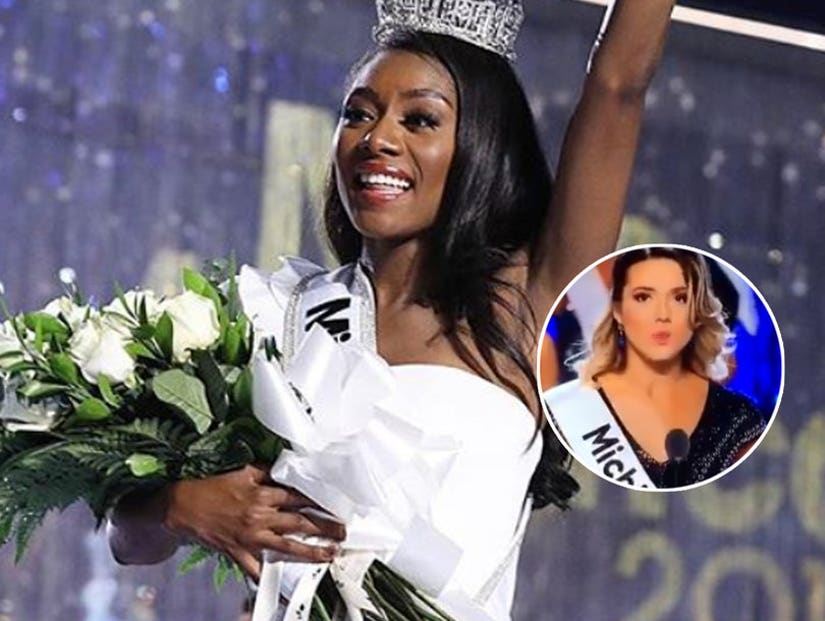 The Miss America pageant lit up social media on Monday night, after one contestant used her introduction to make a big statement.

"I'm from the state with 84% of the U.S.'s fresh water, but none for its residents to drink." pic.twitter.com/S2IzKvgAig

The moment quickly went viral on Twitter, with many tweeting their support to Sioma for reminding viewers of the tainted water in her home state.

Miss Michigan needs to win the 2019 Miss America Pageant simply for stating there still isn't any clean water during her introduction! #Michigan #MissAmerica 💕

“from the state with 84 percent of the u.s. fresh water but none for its residents to drink, i am miss michigan emily sioma” — the new #missamerica2019 pageant did not come to play pic.twitter.com/H05eifix2e

this is @missamericaMI btw MAKING A FUCKING POINT~

So Emily Sioma, Miss Michigan is a sexual assault survivor/activist who takes her moment on stage at #MissAmerica2019 to go OFF about the Flint Water Crisis on Network television in front of a million viewers? We stan. https://t.co/VSesQDELnv

Been rolling my eyes all weekend that Miss America is still a thing but MISS MICHIGAN FOR PRESIDENT https://t.co/Y6Wib6DVRg

Miss Michigan should automatically win #MissAmerica for starting with this! 😳 #Home #GoGirl pic.twitter.com/fdhRILMEtA

my face at the miss michigan intro #missamerica pic.twitter.com/qVE3Vq0R7m

While she may have scored a victory online, Sioma wasn't crowned Miss America. That honor was instead bestowed upon Miss New York, Nia Franklin. First runner-up went to Miss Connecticut, Bridget Oei.

Franklin stressed the importance of the arts during the event, saying she "grew up at a predominately Caucasian school and there was only five percent minority, and I felt out of place so much because of the color of my skin." She continued, "But growing up, I found my love of arts, and through music that helped me to feel positive about myself and about who I was."

She hopes to advocate for the arts during her time as Miss America.

This year's ceremony was the first to eliminate the swimsuit segment, which was replaced with a "red carpet" competition.