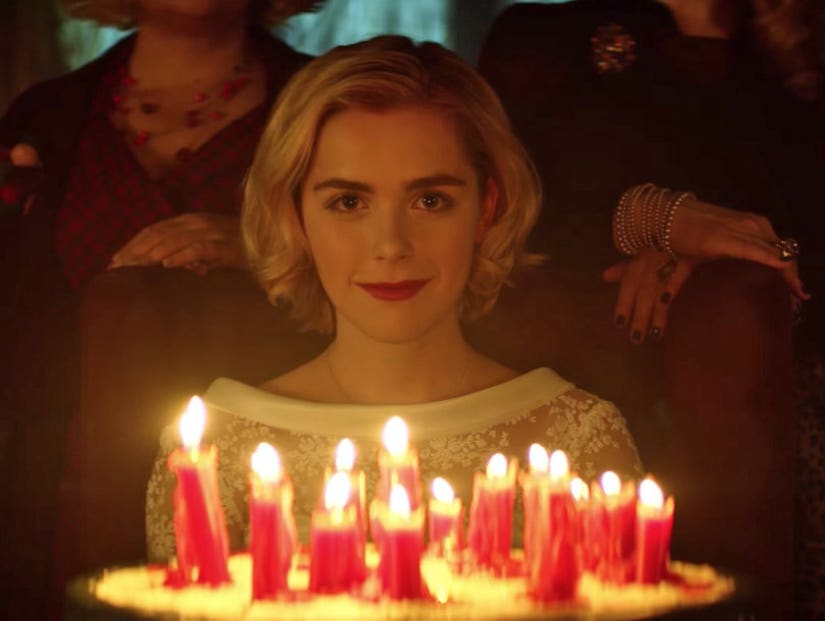 Sabrina, the teenage witch is back, but we aren't in TGIF land anymore.

Starring "Mad Men" alum Kiernan Shipka as the title character, "Chilling Adventures of Sabrina" has a lot more in common with the dark and mysterious "Riverdale" than the Melissa Joan Hart series '90s kids grew up on. Hailing from the same showrunner of that CW series, Roberto Aguirre-Sacasa, this new "Sabrina" is described as being in the vein of "Rosemary's Baby" and "The Exorcist."

Like the original series, it appears this half-witch, half-mortal teen gets her powers on her sixteenth birthday -- and man, does it look like a freaky celebration.

The trailer shows Spellman blowing out her candles as she's surrounded by some of her classmates -- a few who seem like they possess some supernatural powers as well -- as a horned figure -- Madame Satan? -- sits at the end of the table. Her aunts, Hilda and Zelda, are seen just out of frame.

And yes, Salem the cat, is here as well. 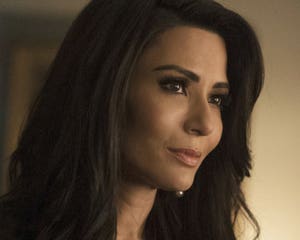 According to Netflix, "this adaptation finds Sabrina wrestling to reconcile her dual nature while standing against the evil forces that threaten her, her family and the daylight world humans inhabit."

"She's been waiting her whole life for her 16th birthday, but something wicked this way comes, forcing her to choose between the path of light and the path of night," adds the streaming service.