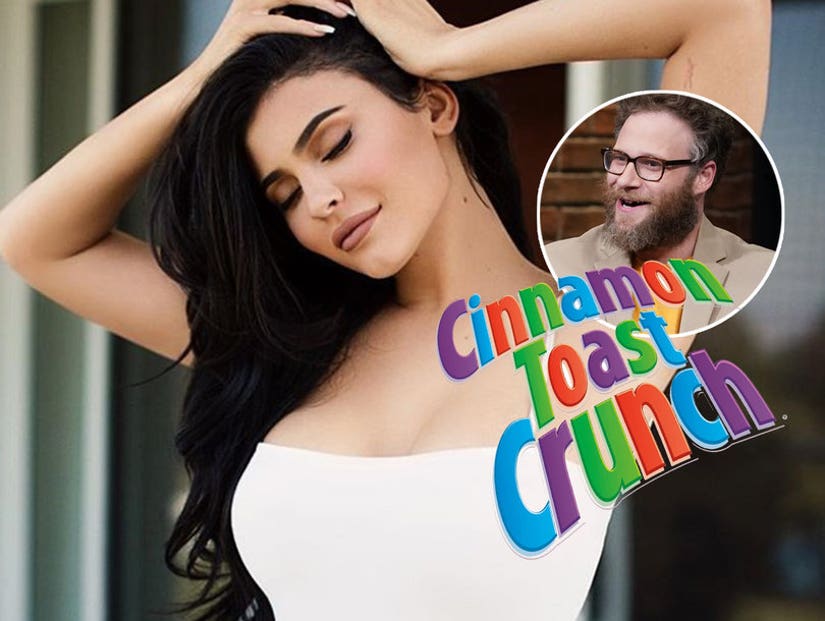 Kylie Jenner broke the internet last night without posing nude on the cover of a magazine, but by simply putting milk in her cereal.

Twitter did what Twitter does best -- went crazy -- on Wednesday, after Jenner sent out a short tweet about something "life changing" that happened to her while switching up her eating habits.

last night i had cereal with milk for the first time. life changing.

The tweet even caught the eye of Seth Rogen, who trolled her by recommending another extremely common combination:

Wait till you try peanut butter and jam.

Other famous faces poking fun at her in her mentions included "Drag Race" alum Tatianna, Perez Hilton, makeup guru James Charles and even General Mills themselves.

Well what the fuck u been doin?! Now watch 👀 milk and cereal gonna start flying off the shelves. She gunna start a cereal line with some designer leche 🙄🙄🙄 girl bye

This is the year of realizing stuff!

so brave of u sister

Since everyone was so intrigued by her "life changing" moment, Jenner continued responding to some of her fan tweets, revealing which cereal she had with milk and explaining that she still prefers chowing down on the breakfast food dry.

Regular. Should i try almond next time? https://t.co/ewfPhkJ1CA

Lol! I really prefer it too. But milk was cool once i gave it a chance https://t.co/wickaQ3P4P

The reaction to Jenner's tweet continued into the morning, as it became a top moment on Twitter -- see more hilarious responses below!

Kylie Jenner said in her snap that she knows she's not alone and your not. I prefer to eat my cereal without milk too! @KylieJenner #teamnomilk

I just wanna know why the fuck “Kylie Jenner tries cereal with milk for the first time” is the top news story on my feed... are we fucking serious? Lol

Kylie Jenner is finally trying cereal with milk and I'm just over here like: pic.twitter.com/lXkRBS1vyV

14.9K RTs.
That's the number Kylie Jenner has on her eating cereal with milk.
Imagine if she tweeted about, oh idk, getting out to vote?

These people have a huge influence and it's wasted on such tiny minds.

She will lose her mind when she has a grilled cheese sandwich with tomato soup.

Y'all are laughing at that Kylie Jenner tweet but I had a 20 year old dude look me dead in the eye a couple days ago and say, with total confidence, “I've never eaten a sandwich in my entire life”

Me: hmmm slow today, not much in the timeline, maybe I'll check the explore tab...
Explore: Kylie Jenner tried cereal with milk for the first time.
Me: ok so... either nothing is happening or very bad things are happening... pretty sure this is a cover-up.